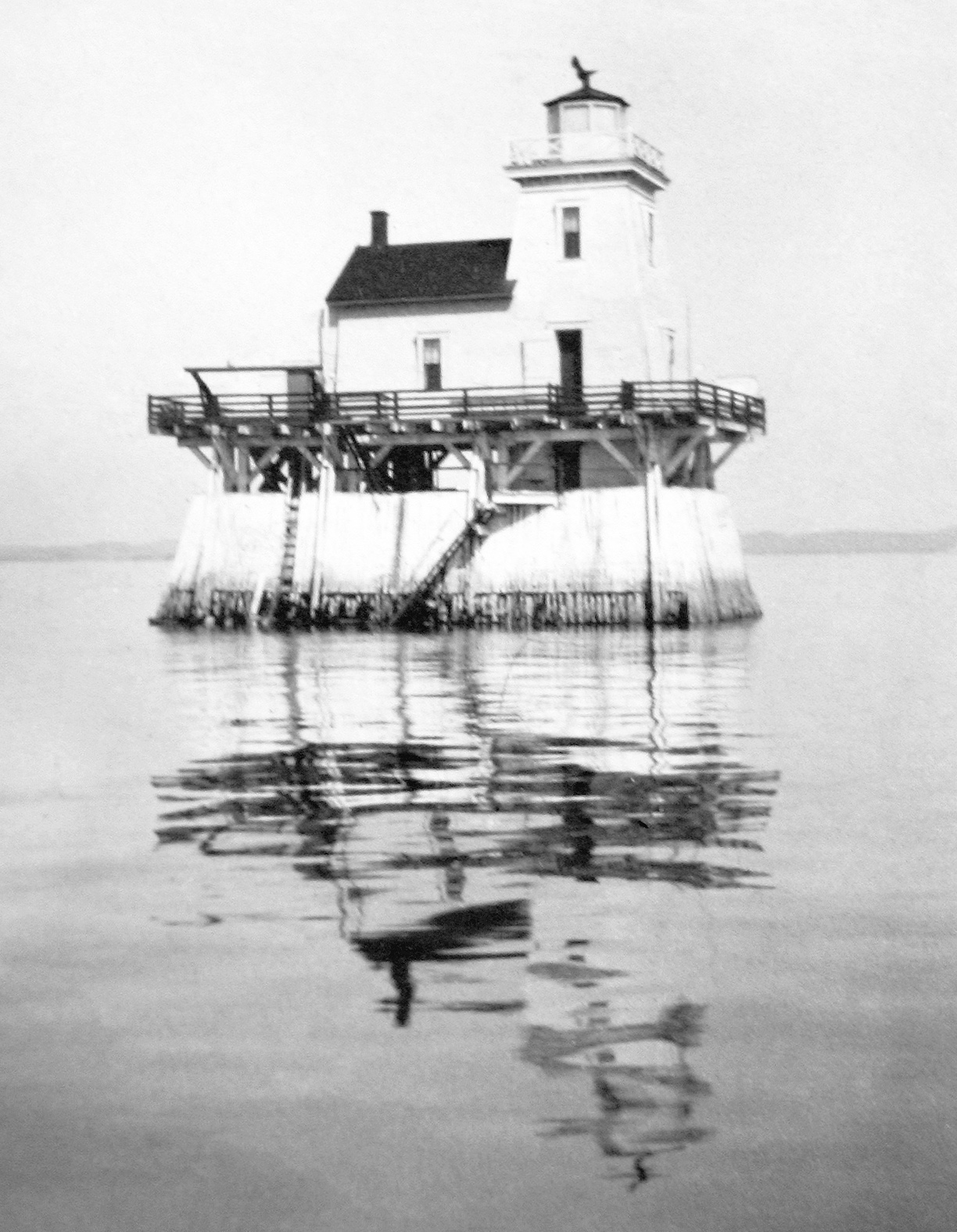 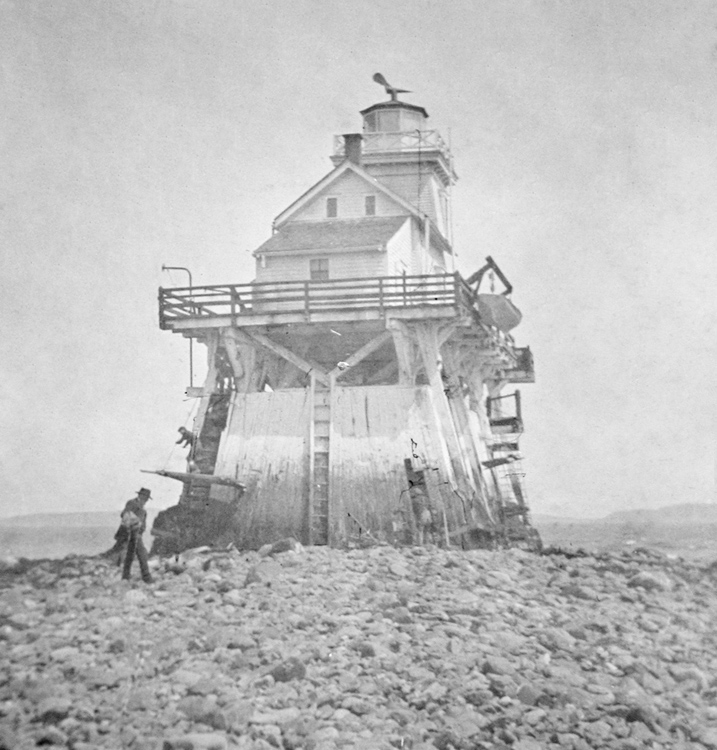 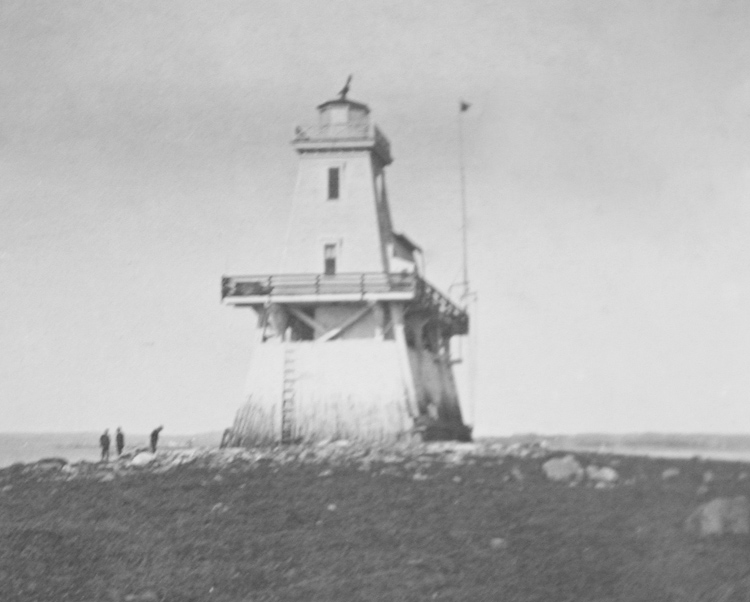 Activated on January 1, 1876, Sand Reef Lighthouse was built atop a pier on dangerous Tongue Shoal to serve as a guide to all ports in inner Passamaquoddy Bay and for vessels going up the St. Croix River. Angus Fisher employed a crew of men to construct the square tower, its attached dwelling, and the pier foundation, under a $4,740 contract. The lighthouse, which consisted of a square, pyramidal tower with an attached keepers dwelling, displayed a fixed white light at a height of forty feet above high water.

James Clark, the first keeper, was described by a local newspaper as the right man in the right place, though few would care to exchange places with him, in his lonely and cheerless situation. Keeper Clark complained that the lighthouse shook in stormy weather and asked that the structure be more firmly secured to the block using three-inch wire stays so it would not topple in winter gales. Early repairs required at the lighthouse were railings for the stairs and a new floor in the kitchen as the lumber flooring there had shrunk considerably allowing drafts to come up from the open space below.

In January 1878, Keeper Clark send the following letter describing the damage a storm had inflicted on the station:

The gale of the 11th instant carried away part of my wood, and ripped up the upper deck on the northeast side; I had the deck fastened down again. Lost the water-spout and all the water but one barrel. The spray went all over the top of the lighthouse. The stairs also gone.

Heavy timbers were broken and smashed, and iron bolts were drawn and twisted as through they were threads.

John Conley, who had served as keeper of Machias Seal Island Lighthouse for nearly forty years, but who had been superannuated when a fog whistle was built on the island requiring the services of an engineer, was placed in charge of Sand Reef Lighthouse in 1879 after Keeper Clark died. Keeper Conley had to temporarily give up his annual pension of $200 but received $350 as keeper until he was superannuated five years later.

Harry G. Maloney was serving as keeper of the lighthouse in 1895 when he reported several sightings of a sea serpent. Keeper Maloney claimed, I saw something swimming through the Bay the like of which I never saw before and have not seen since. It was not a seal, because a seal will go under once in a while, but this fish or animal, or whatever it was, never put his head under water. It was around here for about a week Maloney once set after the creature in the stations boat, hoping to get a shot at it, but he said he might as well have chased a comet.

In 1919, an AGA gas installation, controlled by a sun valve, was placed in the lighthouse, which by this time was known as Tongue Shoal Lighthouse, and its keeper was withdrawn. A red skeleton tower replaced the lighthouse in 1957, and a light continues to mark Tongue Shoal today.

For a larger map of Tongue Shoal (Sand Reef) Lighthouse, click the lighthouse in the above map.