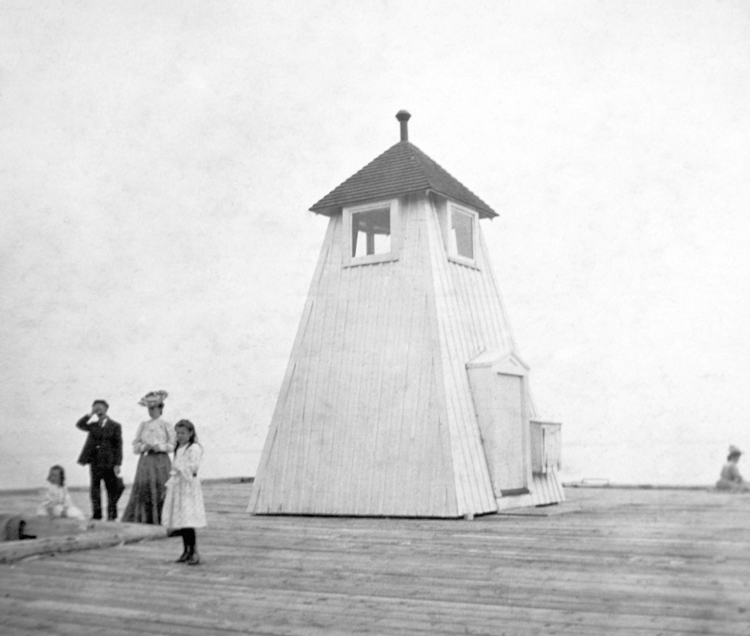 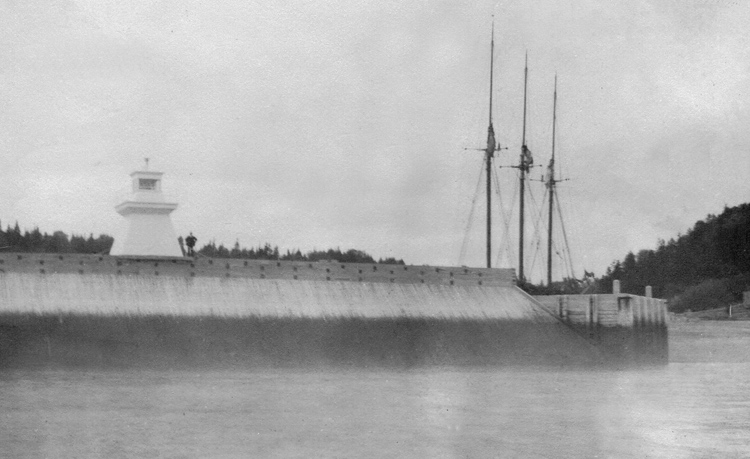 Soldiers from the disbanded loyalist Kings Orange Rangers founded the village of Quaco in 1783. The community, whose name was later change to St. Martins, became the third largest shipbuilding centre in the Maritimes, producing over 500 vessels.

On December 1, 1887, a fixed red light was shown for the first time from a 6.4-metre, square tower positioned on the outer end of the eastern breakwater pier at St. Martins. James Cochran was appointed the first keeper of the light, which served to guide vessels into the inner harbour. After Keeper James Cochran died in 1892 at the age of forty-nine, his seventeen-year-old son Fred Cochran was placed in charge of the light. In 1900, a hand-operated foghorn was given to Keeper Cochran to be used when the signals of vessels were heard in the vicinity.

In 1907, the corner posts of the tower were cut down to the level of the lantern sills and a new wooden lantern room, with vertical sides, was built. This improved the light, but the change was short lived as a violent storm struck St. Martins on February 1, 1908 and swept away the tower and the outer 18.3 metres of the breakwater. A temporary mast light was immediately erected and served until 1910, when a new, 6.7-metre tower was erected on the east breakwater extension. This new tower employed a sixth-order lens to produce a fixed red light. A storm in December 1917 destroyed the replacement tower. A pole light was subsequently erected on the west breakwater, and a triangular, skeleton tower was supporting a light on the east breakwater in 2011.

For a larger map of Quaco Breakwater Lighthouse, click the lighthouse in the above map.

A modern light is shown from the east breakwater today.