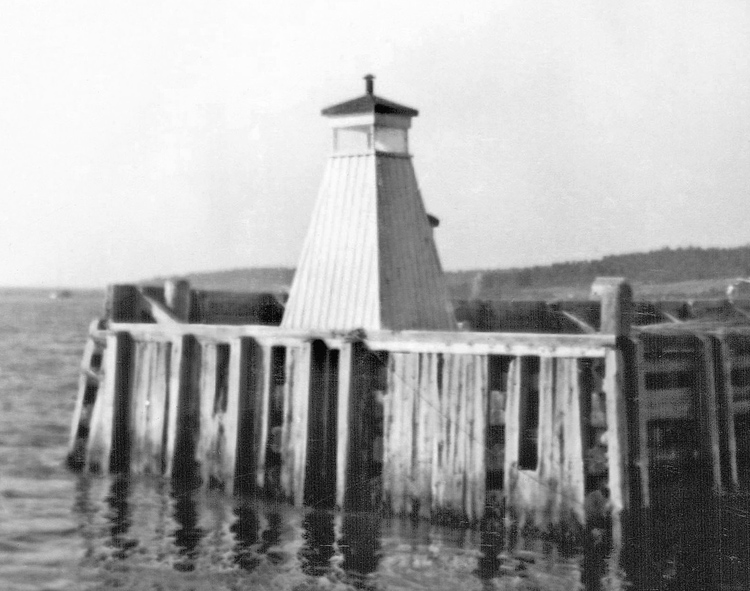 Seal Cove is a community on Grand Manan. Formerly a separate village, Seal Cove was amalgamated into the newly formed village of Grand Manan in 1995. A square, pyramidal tower was placed on the western breakwater at Seal Cove in 1936. The tower measured 4.9 metres tall and displayed a fixed red light from a seventh-order lens. Today, a cylindrical mast displays a flashing green light from a modern breakwater.

The herring stands at Seal Cove, which were designated a National Historic Site of Canada in 1994, consist of fifty-four wooden buildings that were built between 1870 and 1930. The stands are a reminder of Seal Coves importance as a leading centre of herring production in Canada.

For a larger map of Seal Cove Breakwater Lighthouse, click the lighthouse in the above map.

A modern light marks the breakwater at Seal Cove today.