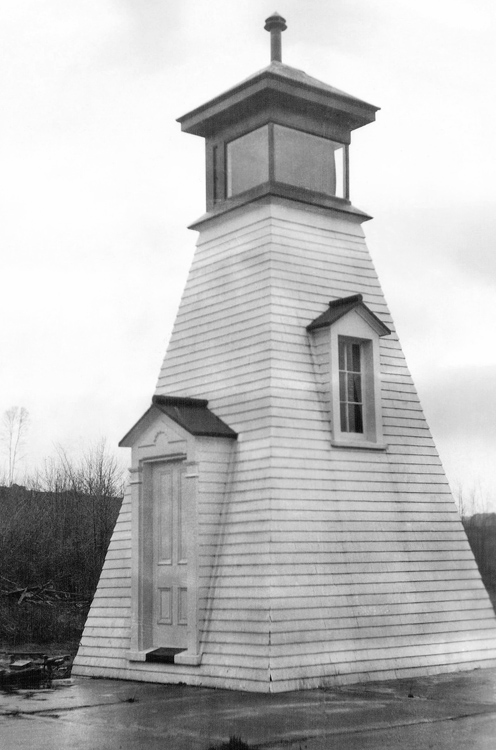 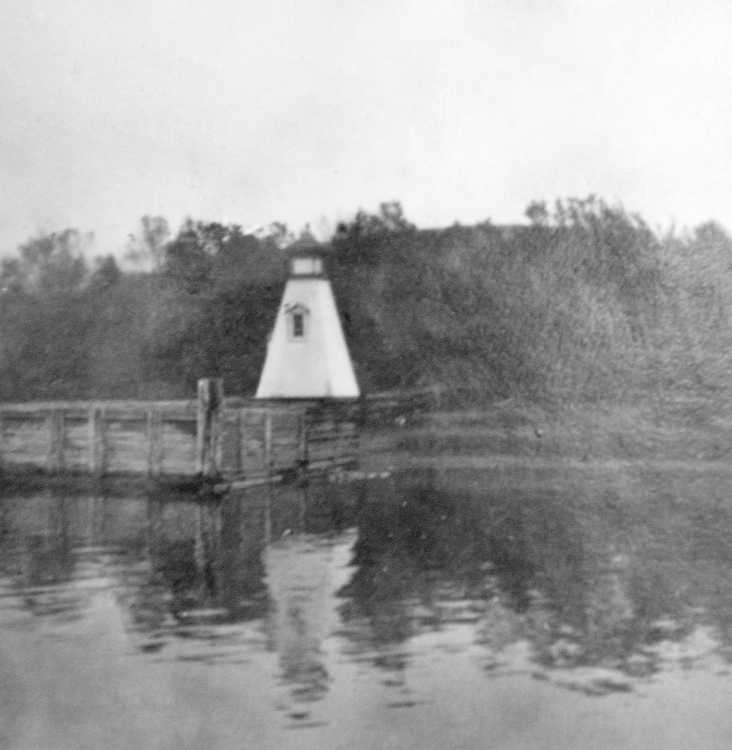 In 1884, a beacon light was established on Palmers Landing on the St. John River, just north of the entrance to Belleisle Bay, in the form of a tubular lantern hoisted on a mast. The mast was twenty-five feet tall and was situated thirty-five feet from the front of the pier and had a white shed at its base. Beverley Emerson Palmer was appointed the first keeper at an annual salary of $80, and he was still responsible for the light in 1895, when a spark from the steamer Hampstead set fire to the wharf and destroyed the light. It was blowing a gale at the time, and Keeper Palmer was only able to save the lantern, oil, and oil tanks.

A tubular lantern was exhibited from a pole until a square, wooden lighthouse, built on the new government high-water wharf at Palmers Landing, was placed in operation on August 6, 1896. The new pyramidal stood twenty-eight feet tall from its base to the vane atop its lantern room, and used a lens to show a fixed white light at a height of thirty-four feet above high water. The new lighthouse was located 1,200 feet north from the temporary light on the old pier.

For a larger map of Palmers Landing Lighthouse, click the lighthouse in the above map.