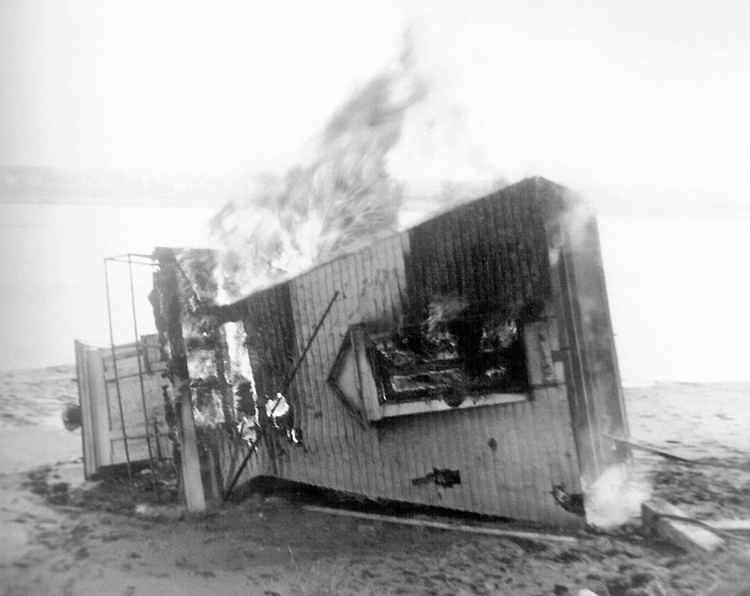 The Petitcodiac River derives its name from a Mikmaq word that means the river that bends like a bow, and in 1909 a lighthouse was built on Outhouse Point, around which the river makes its most abrupt turn. Situated across the river from Moncton, Outhouse Point was named after one of the original settlers in the area.

Everett Taylor was responsible for the lighthouse during World War II. His two boys, Vaughn and Clarence, would often run the mile out to the lighthouse after school, add a pint of kerosene to the lamp, light it, check for a clear light, and run back home. Keeper Taylor also served as an air raid warden, and when there was a perceived threat, the boys could skip their daily trek to the lighthouse.

Deemed excess to the needs of the Canadian Coast Guard, Outhouse Point Lighthouse was toppled and set afire in 1957.

For a larger map of Outhouse Point Lighthouse, click the lighthouse in the above map.