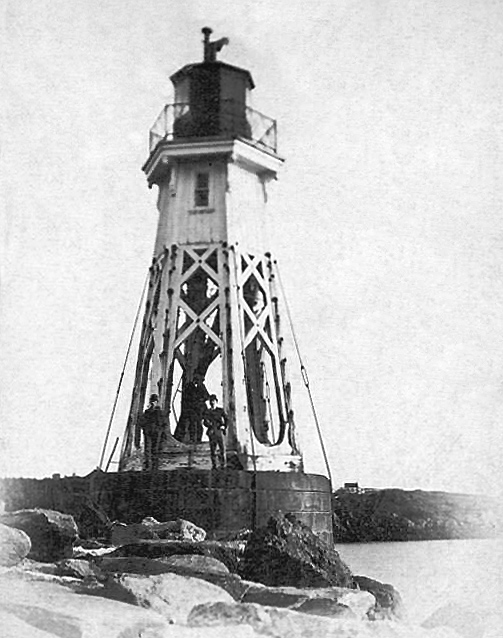 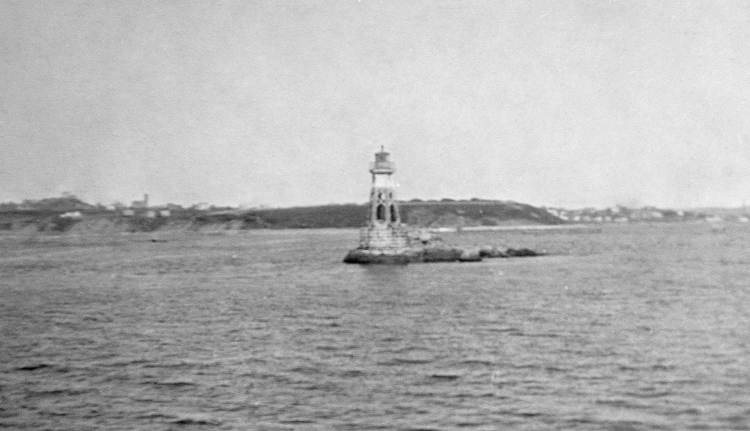 In 1878, an open-frame hexagonal tower, painted white and surmounted by a red lantern, was established near the outer end of the recently completed breakwater that extended 686 metres from Negro Point in Saint John toward Partridge Island. Keeper Elijah Ross first exhibited the towers fixed red light on July 24th of that year, and he was paid an annual salary of $200.

After a gale in January of 1879 severely damaged the breakwater, the tower was removed, and a temporary pole light was exhibited for a few years. With the breakwater repaired, the original tower was placed atop a circular stone pier near the breakwaters outer limit, and its fixed red dioptric light was activated on November 24, 1883. The light was changed to fixed white in 1896 and automated in 1918. The tower was demolished around 1922.

Calls to extend the breakwater to reach Partridge Island were made in the 1920s, but the work was not accomplished until the 1960s.

For a larger map of Negro Point Lighthouse, click the lighthouse in the above map.