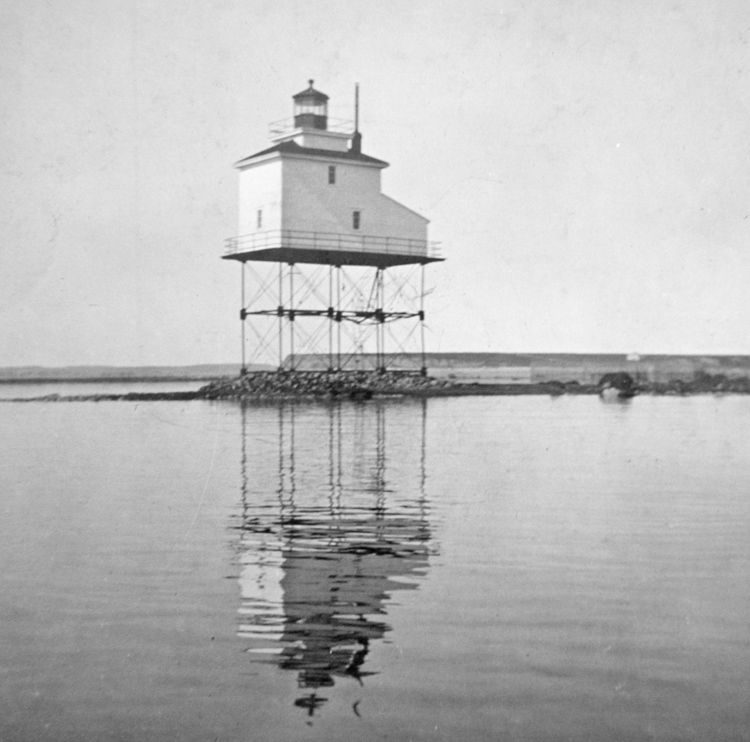 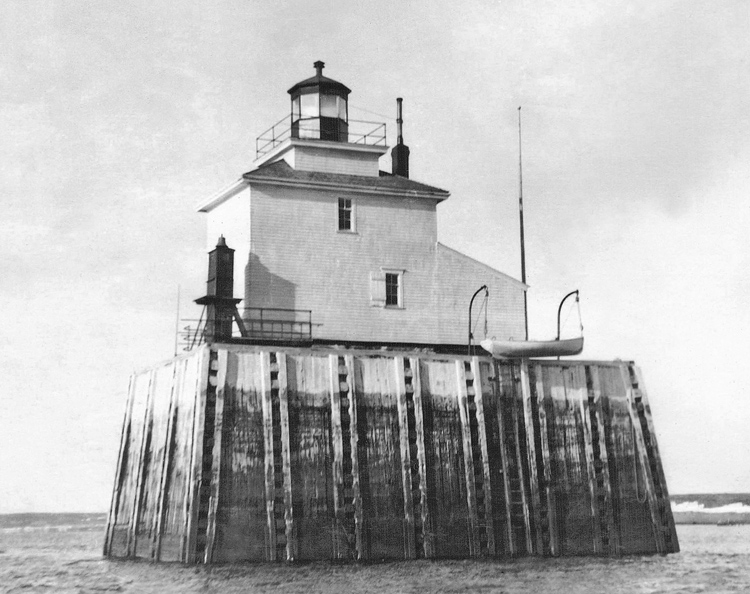 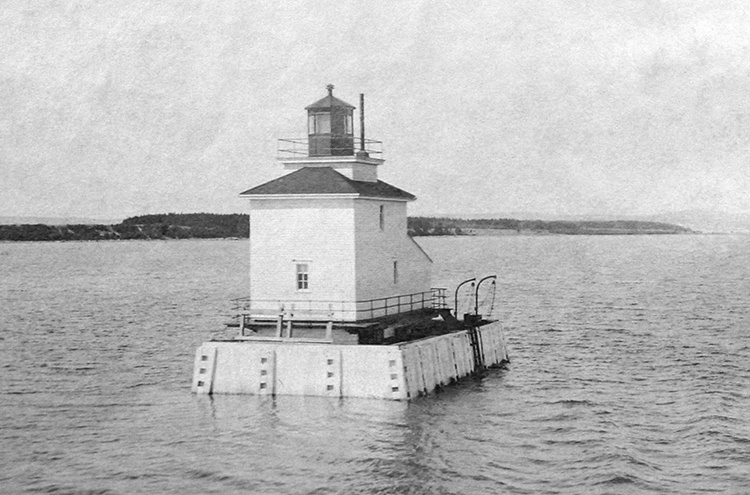 Built on a shoal extending from Navy Island to mark a dangerous turn into the port of St. Andrews, Navy Bar Lighthouse first displayed its fixed white light on October 17, 1904. The white, rectangular dwelling, with a red octagonal iron lantern centered atop its hipped roof, originally stood atop a steel-pile foundation, but when the piles were seriously injured by ice, the lighthouse was placed on a rectangular wooden cribwork, twenty-two feet from its original location, in 1905. A fog bell and iron boat davits were added to the station in 1907.

C.L. McKean built the lighthouse under a $2,025 contract, while Messrs. Gould, Shapley & Muir provided the steelwork for the foundation for $2,071. The cost of constructing the wooden cribwork pier, which measured fifty-four feet long by thirty feet wide and was twenty-three feet high, came to $6,478.

The Canadian Coast Guard burned down Navy Bar Lighthouse in 1967. Some feel the removal of the lighthouse was in preparation for the Queen Mothers visit to St. Andrews that year, as the structure was considered an eyesore.

For a larger map of Navy Bar Lighthouse, click the lighthouse in the above map.