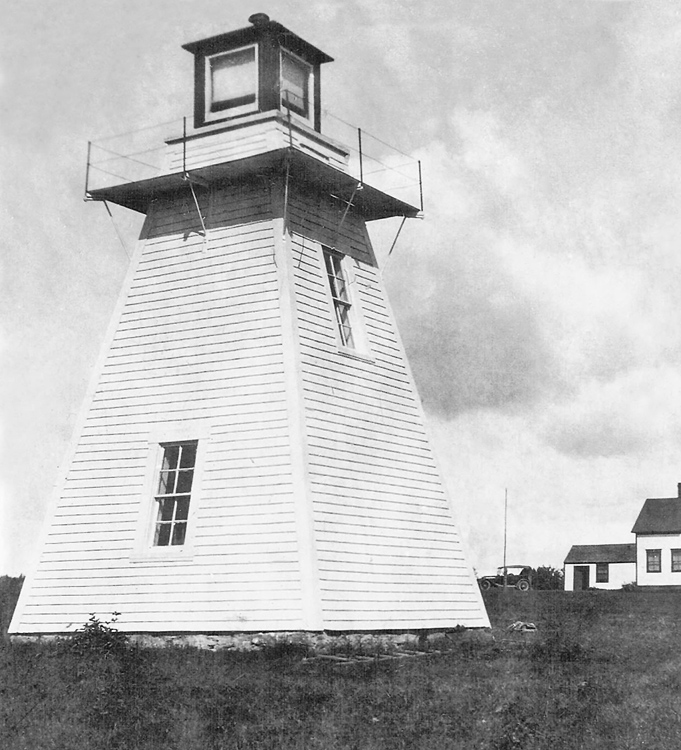 A square wooden tower, painted white and standing 7.9 metres tall, was placed at McMann Point in 1876. Built by C. McPherson, the lighthouse was the fourth to be established on Grand Lake and directed marine traffic at Newcastle, near the northern end of the lake. The towers fixed white light, produced by a lamp and reflector, commenced operation on November 1, 1876. Robert McMann was hired as the first keeper and served until 1901, when Robert Harvey McMann took charge of the light.

The foundation of the tower had to be repaired in 1887 after the heavy spring freshets that year. In 1891, the lighthouse was moved fifty feet back from the water and placed on a stone foundation at a cost of $95 plus $30 for purchasing the new site.

In 1898, the battens were removed from the tower and replaced with shingles, new steps up to the light were made, and the reflector was resilvered. In 1909, the illuminating apparatus was changed to a sixth-order lens.

The light had been discontinued by 1947.

For a larger map of McMann Point Lighthouse, click the lighthouse in the above map.