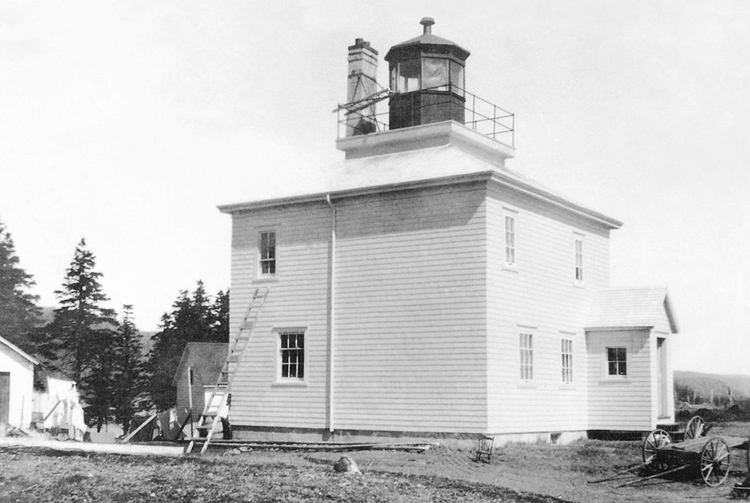 Martin Head is a small hill that marks the western side of the entrance to Chignecto Bay and is connected to the mainland by a narrow causeway. Thomas B. Carson began construction of a fog alarm building and dwelling on Martin Head in 1884 under a contract for $3,330, and the signal commenced operation in 1885, with George Adie Briggs as its first engineer. The foghorn gave a fourteen-second blast each minute when needed. Four years later, the signal was discontinued and relocated across Chignecto Bay to Apple River, Nova Scotia.

In 1914, Martin Head received a navigational aid of a different sort when F. H. Carson pf West Qucao built a square, wooden dwelling with an octagonal lantern centered on its hipped roof on the former site of the fog alarm. The lighthouse had a height of 11.6 metres, but, due to Martin Head, the lights fourth-order lens had a lofty focal plane of 41.8 metres. Martin Head Lighthouse was discontinued in 1963.

For a larger map of Martin Head Lighthouse, click the lighthouse in the above map.