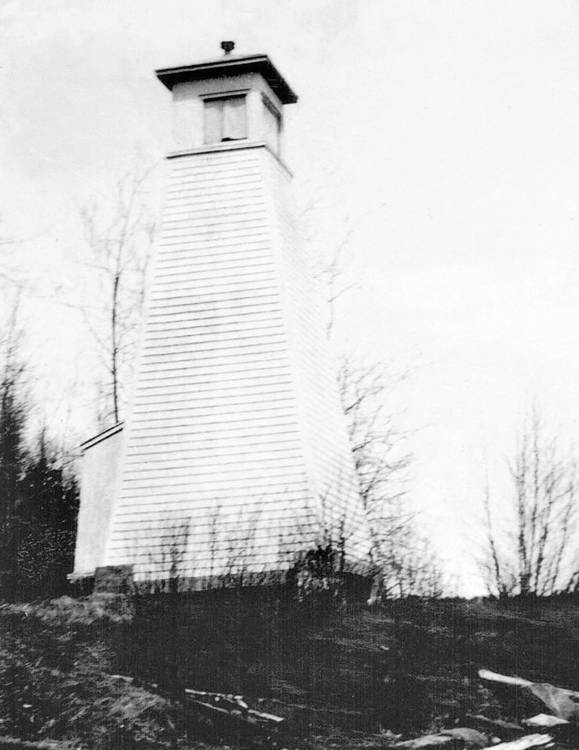 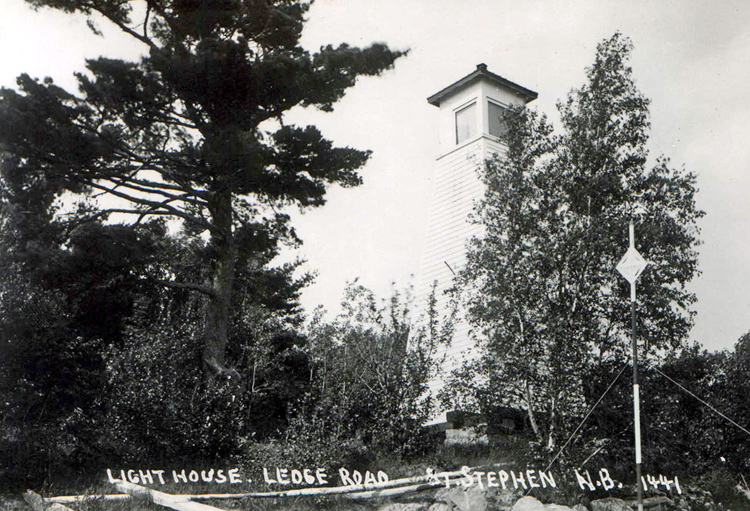 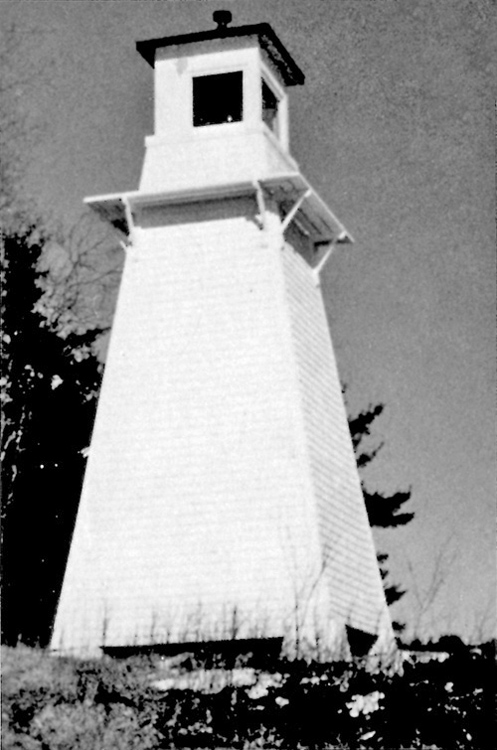 Beacon lights, constructed on the St. Croix River at Mark Point and Spruce Point in 1875, commenced operation on April 1, 1876. The two open-framework towers were twins, measuring 8.5 metres from base to vane and displaying a fixed white light. The towers were painted brown, while the lanterns were painted white. Absalom Chrisite was appointed the first keeper of Mark Point Lighthouse at an annual salary of $80.

Red and white cylindrical towers replaced the wooden towers at Mark Point and Spruce Point in 1973 and served until the lights were discontinued in 2001.

For a larger map of Mark Point Lighthouse, click the lighthouse in the above map.