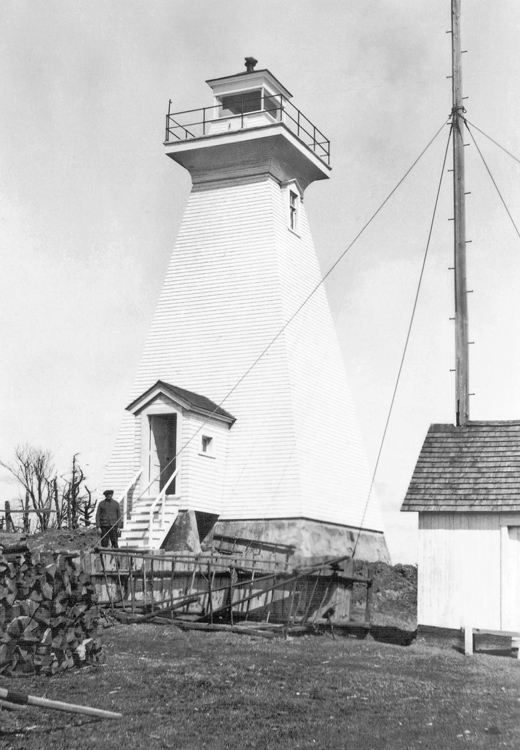 In its 1903 annual report, the Department of Marine announced a new light had been placed to mark Gull Cove, located on the east side of White Head Island:

A light was established here as a guide for fishing boats on December 30, 1902. The light is fixed white, shown from a lantern with a pressed glass lens, hoisted on a mast. It is elevated 90 feet above high water mark, and should be visible 6 miles from all points of approach by water.

The mast is 35 feet high, and stands about 600 feet back from the shore in the bottom of the cove, near Mr. Lewis Franklands house.

Lewis Frankland was paid to look after the light, and in 1910, a square, pyramidal, forty-nine-foot-tall wooden tower, built under contract by Edward Rourke for $1,220, replaced the pole light. This tower employed a fourth-order lens to produce a fixed white light. The lighthouse was discontinued in 1981, relocated to private property, and later torn down.

For a larger map of Gull Cove Lighthouse, click the lighthouse in the above map.