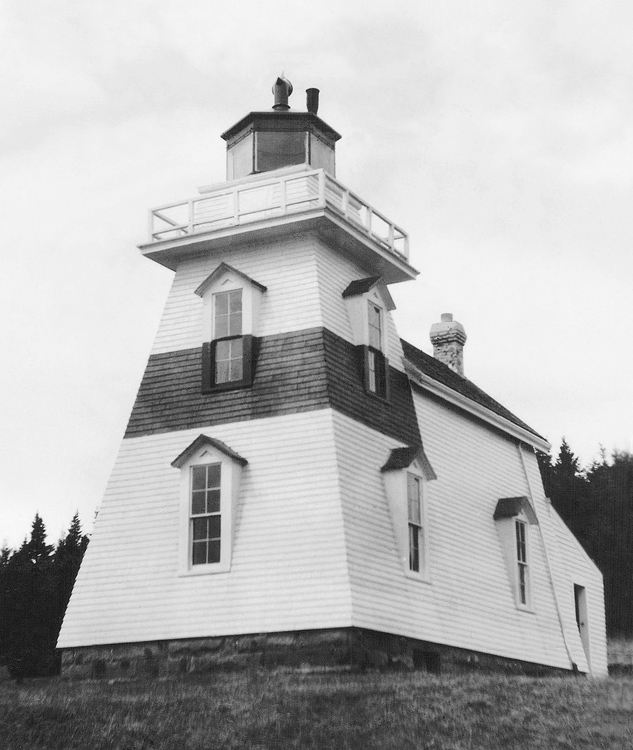 In 1888, bids were invited for constructing a lighthouse on Fort Folly Point, located at the southern tip of the peninsula that separates the Petitcodiac and Memramcook rivers. E.C. Bowser of Dorchester built the lighthouse in 1889 for $1,875, and its first keeper, Andre B. Richard, activated the light on March 1, 1890. The lighthouse consisted of a square, pyramidal tower, 10.7 metres tall, with an attached keepers dwelling. The lighthouse was originally white with a red lantern, but a distinctive red horizontal band was later applied to the middle of the tower.

The original Fort Folly Lighthouse appeared in the List of Lights through 1964, after which a red skeleton tower was listed.

For a larger map of Fort Folly Point Lighthouse, click the lighthouse in the above map.