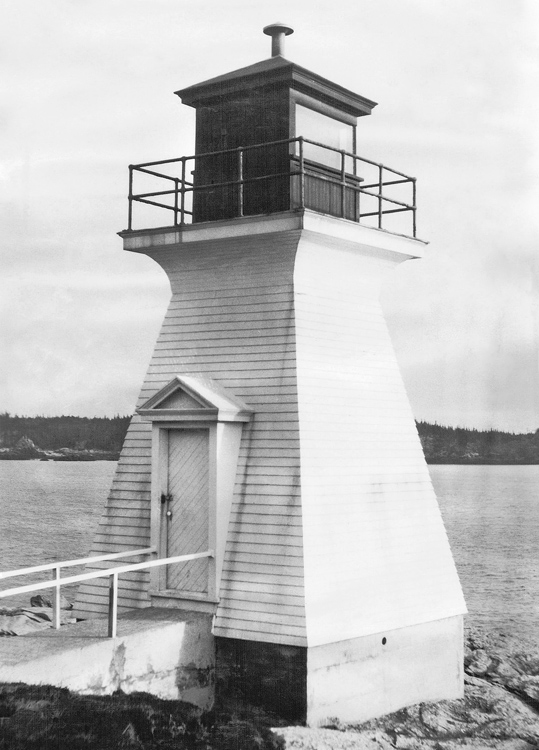 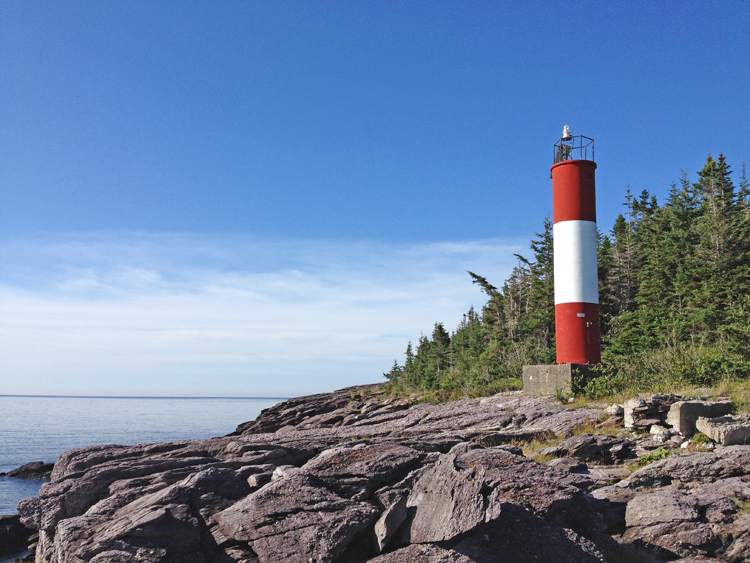 In 1915, day labourers, working under D.H. Mawhinney, completed a square, wooden tower on Reef Point to mark the western side of the entrance to Chance Harbour. A cylindrical tower, with red and white horizontal bands and an exposed light, replaced the original lighthouse around 1969 and was still active in 2020.

Wallace Belding reportedly helped build the lighthouse, and Nathan C. Belding served as the first keeper of the light from 1916 to 1950.

Ronald Thompson served as keeper of the lighthouse after returning from service in the second world war. His service tragically ended when he drowned at the wharf in Chance Harbour on December 15, 1952. His wife Frances took over responsibility for the light and served until it was automated. The poem, The Lady of the Light, which talks about a widow with four children keeping a lighthouse, was written in honour of Frances Thompson.

For a larger map of Chance Harbour Lighthouse, click the lighthouse in the above map.

The lighthouse can be accessed by the loop trail in Belding's Reef Nature Preserve.