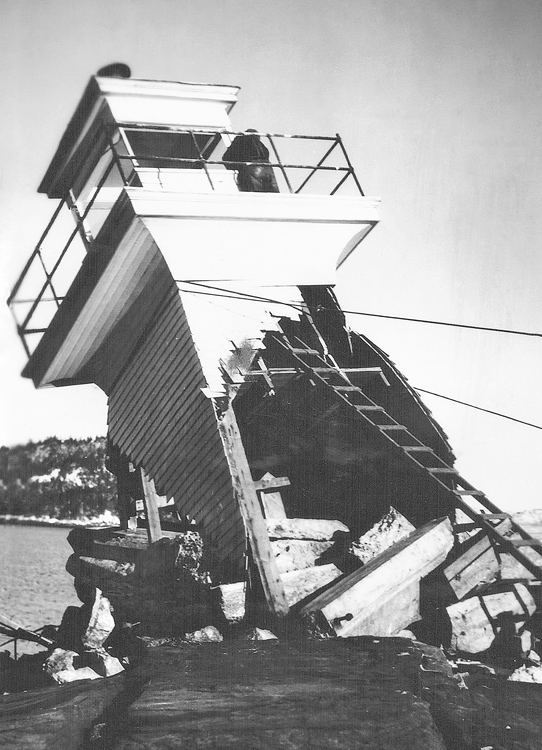 After Chamcook Lighthouse was built in 1914 by day labour under the direction of C.N. Breen and D.J. Gallagher for $1,341.04, the following Notice to Mariners was published to announce the activation of the light:

The Canadian Government has given notice that a 4th order, dioptric, intermittent white light, of 200 candlepower, every 15 seconds, thus, light 11 seconds, eclipsed 4 seconds, has been established on the extremity of the reef extending out from the point on the northern side of the entrance to Chamcook Harbor, Passamaquoddy Bay, New Brunswick.

The light is exhibited 26 feet above high water from a white wooden tower, square in plan with sloping sides, standing on a concrete foundation 8 feet high, and is visible 7 miles from all points of approach by water.

The height of the tower from the base to the top of the ventilator on the, lantern is 27 feet.

D.H. Craig was hired as the first keeper of the light.

The station was automated in 1921, through the installation of an unwatched light that used an AGA acetylene system. On December 2, 1945, the tower was struck by lightning and destroyed.

For a larger map of Chamcook Lighthouse, click the lighthouse in the above map.