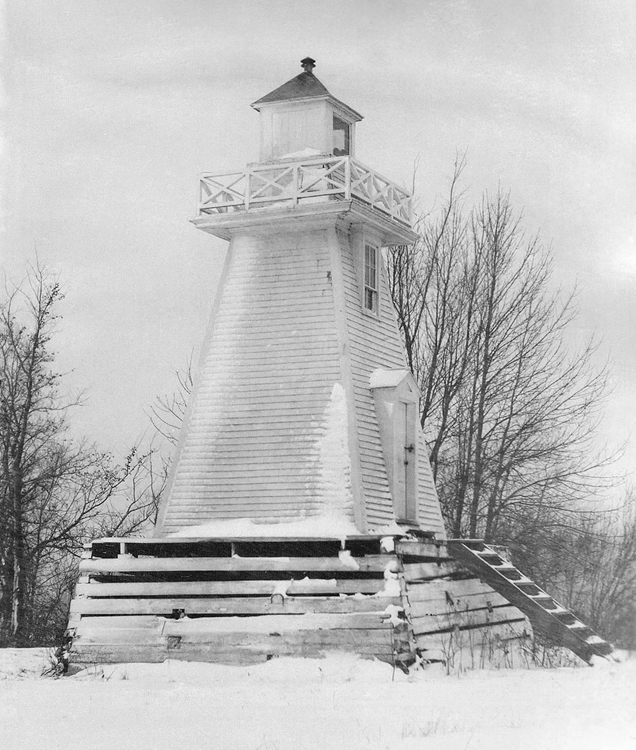 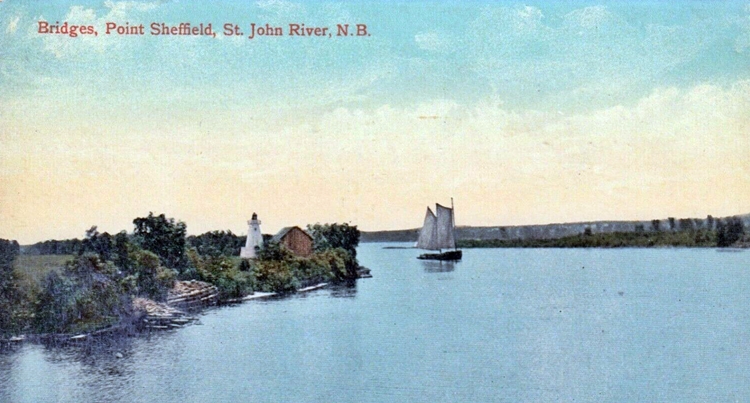 In 1891, Frederick W. Bailey constructed Bridges Point Lighthouse for $439 on land near Sheffield purchased from Mary A. Bridges for $150. The Annual Report of the Department of Marine for that years carried the following information on the light:

The only new light established in the New Brunswick Agency during the past season was a small river light on the east side of the St. John river, at Bridges Point, in the county of Sunbury. The light is fixed white, elevated 45 feet above the ordinary high water, and should be visible over an arc of 180 degrees between the bearings of N.W. around by E. to S.E., for a distance of twelve miles. The tower is a square wooden building, painted white, with lantern roof red, resting on a square cribwork block. It is 30 feet high from the block to the vane on the lantern.

Abraham Bridges was appointed first keeper of the light at an annual salary of $80.

During an inspection in 1893, it was reported that the tower was too short and had been poorly placed. Two years later, the lighthouse was moved sixty-one metres north, closer to the waters edge, where it would be less obstructed by trees and could be better seen both up and down the river. This tower served until 1957, and its successor, a pole light, was discontinued in 1965.

For a larger map of Bridges Point Lighthouse, click the lighthouse in the above map.