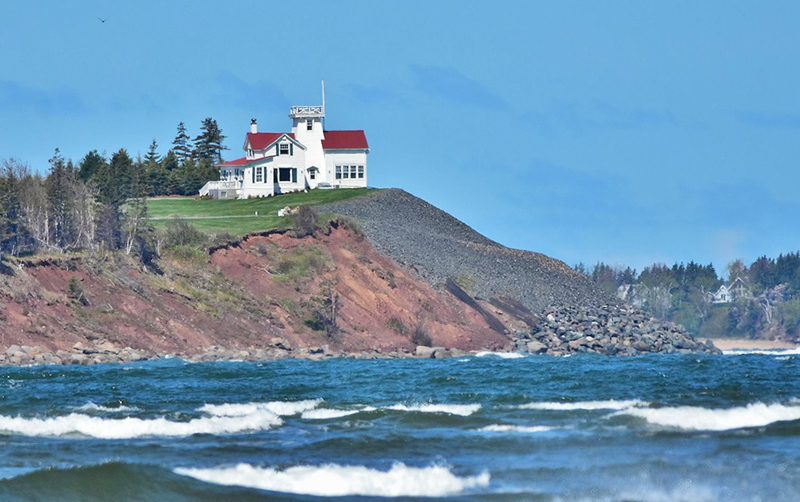 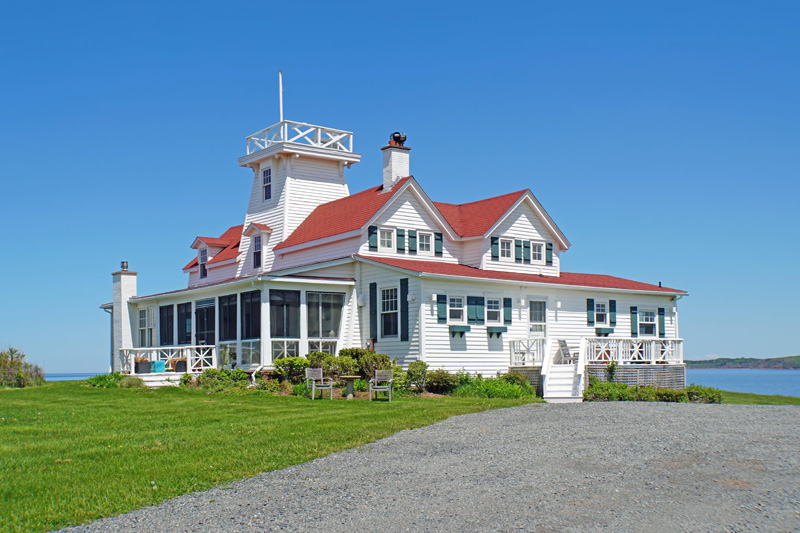 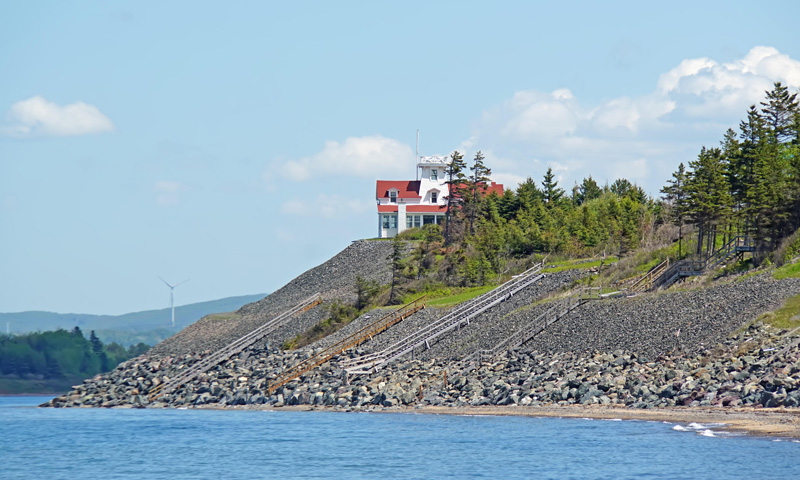 In 1882, the Department of Marine had a lighthouse built to mark the entrance to Merigomish Harbour as described in its annual report for that year:

A new lighthouse has been erected on King Head, at the entrance to Merigomish Harbour, Pictou County, and the light was put into operation on the 1st September last. The building consists of a square wooden tower 40 feet high from base to the lantern vane with a dwelling house attached, and is painted white. The light is fixed red with an elevation above the sea level of 105 feet. It should be seen from a distance of 10 miles. The illuminating apparatus is catoptric. The buildings, which also include an oil store and outhouse, were constructed under contract by Messrs. Angus McQueen and Hugh Cameron of New Glasgow, for the sum of $1,497.

Colin McDonald was appointed the first keeper of the lighthouse on September 19, 1882, at an annual salary of $200.

Colin McDonald passed away in 1892, and his wife Margaret, who was fourteen years younger, looked after the light until it was discontinued on July 1, 1897.

During the years the light was active, Merigomish Lighthouse received some attention. In 1893, a kitchen pump was supplied and the outside of the station buildings were painted. In 1895, plaster in the bedroom was repaired and a small storm porch was built at the entrance to the dwelling. Just before the light was discontinued, the plaster in two rooms was repaired and the lighthouse lot was newly fenced.

On October 12, 1890, the barque Melmerby, sailing from Quebec to Scotland, wrecked near Kings Head during a storm. Sixteen men tried to reach shore in a lifeboat, but it capsized, and fifteen of them drowned. The name of the beach west of Kings Head was subsequently change from Kings Head Beach to Melmerby Beach in memory of those lost. The beach is one of the most popular in Nova Scotia, and in 1977 it became part of Melmerby Beach Provincial Park. An informational plaque about the Melmerby was erected at Melmerby Beach in 1990, on the 100th anniversary of the shipwreck.

Merigomish Lighthouse, minus its lantern room and somewhat enlarged, remains standing today as a private residence.

For a larger map of Merigomish Lighthouse, click the lighthouse in the above map.

Merigmoish Lighthouse can be seen from Melmerby Beach Provincial Park.