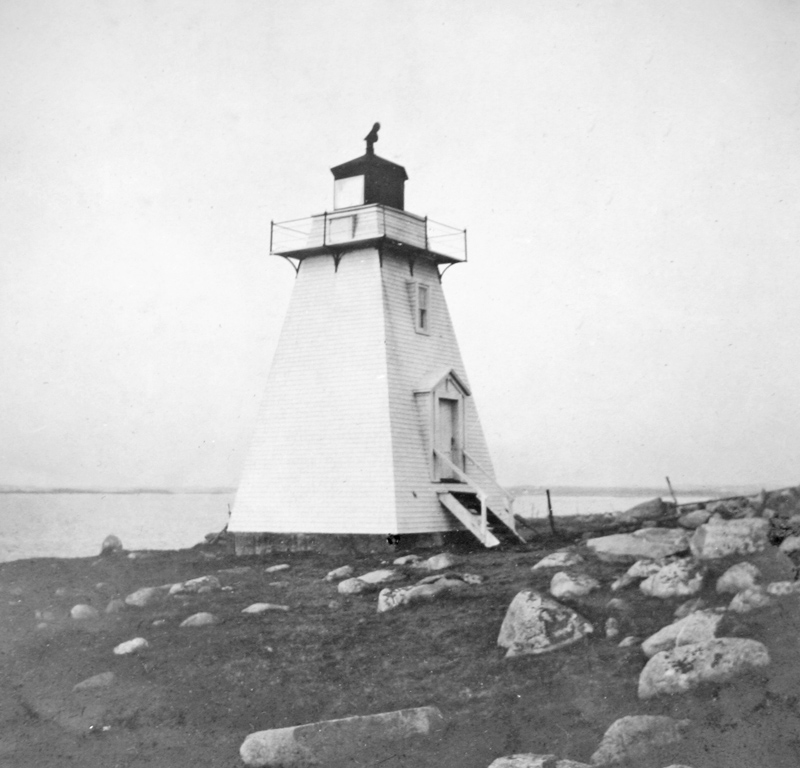 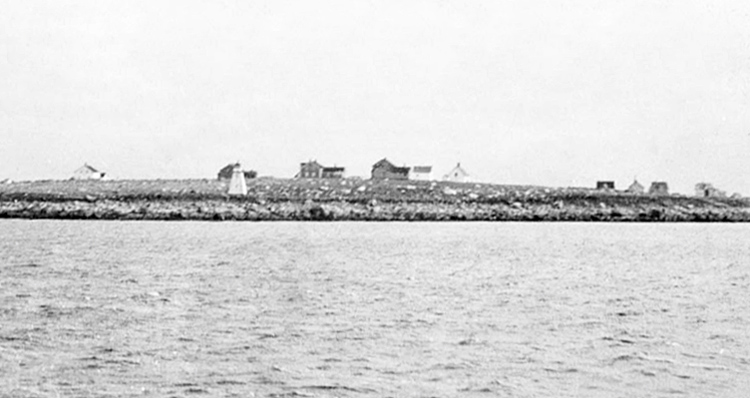 Brooklyn, which is located on the east side of the Mersey River, opposite Liverpool, was originally known as Herring Cove and is noted for being the place where the privateer brig Rover was built in 1799  1800. A group of merchants from Liverpool owned the Rover, which won fame for several bold engagements with the French during the Napoleonic Wars.

The Annual Report of the Department of Marine for 1877 provides information on a light that had been recently established on the pier at Brooklyn:

A green light is exhibited from the end of Brooklyn Pier, to guide vessels into Herring Cove in Liverpool Bay. The light is shewn by means of a single lamp in an ordinary square lantern, having four panes of 12 x 15-inch glass. Two panes looking towards harbour are green, and two looking seaward are white. The lantern is hoisted on a wooden frame work about 20 feet above the pier. The pier itself is about 734 feet long, and much exposed during stormy weather to the winds and sea, so much so that it is impossible at times to trim the lamps, and the danger is very great of the keeper being washed over, should he attempt to go out to the end in a storm. A life line is much needed along the middle of the pier. The light is of a very poor description, and representations have been made to the Department of the necessity of a better light being established. Lieutenant Brown, R.N. visited the locality and reports as follows:

According to directions, I made enquiry, when in Liverpool, N.S., in July last, as to the necessity of placing a larger light on the breakwater at Brooklyn.

At present there is simply a lantern hoisted at night, which appeared to me inefficient in power, and difficult to distinguish when approaching from seaward, from a common house light.

The harbour of refuge now formed by the breakwater is much resorted to during the gales which prevail in the spring and fall. I would, therefore, respectfully suggest that a more powerful light be placed there. It must be borne in mind that as at present conducted, a light keeper could not walk out to the end of the breakwater during a heavy southerly gale, as the sea washes over it.

After an appropriation of $1,000 for its construction had been made, work on a proper lighthouse to mark Brooklyn Breakwater was carried out in 1878:

The new building is a square wooden tower 15 feet 9 inches at bottom and 6 feet at top, and 26 feet 6 inches from underside of sills to top of plates. It is built at the end of the breakwater, and rests on timber 12 inches square bolted down to the top ties of the pier. The bottom of the tower is ballasted with stone. The lantern, which is of iron, is 5 1/3 feet in diameter, having six sides glazed with plate glass, 30 x 36 inches, having two blank sides. The lighting apparatus consists of three mammoth flat-wick lamps, with 17 x 16 inch reflectors and constant level reservoirs on an iron stand. One of these lamps is provided with green glass shades so as show a green light across the channel, seaward. The other shows white, the dark panes are in direction of the land. The lantern and lighting apparatus cost $434.68; the contract for the building was taken by Mr. G. S. Parker, for $494.

The total cost for the lighthouse, which was placed in operation on November 18, 1878, was $1,023.63. Joseph Gardner, who had cared for the previous light, served as the first keeper of the new lighthouse.

When it became apparent that the wooden lighthouse would not be restored to the pier at Brooklyn, the tower was taken to Cape Sable Island and placed on West Head at the southern side of the western entrance to Barrington Passage in 1888. The wooden lighthouse remained in use at West Head until it was burned in 1972 after being replaced by a fiberglass tower. The pictures at the top of this page are of the lighthouse after it was relocated to Cape Sable Island.

A pole light near the inner end of Brooklyn Pier served to mark the breakwater for several years. In 2020, a cylindrical mast at the outer end of the breakwater was displaying a flashing white light and a lighted buoy was anchored just off the breakwater to serve mariners.

For a larger map of Brooklyn Pier Lighthouse, click the lighthouse in the above map.

A pole light marks the end of the breakwater today.