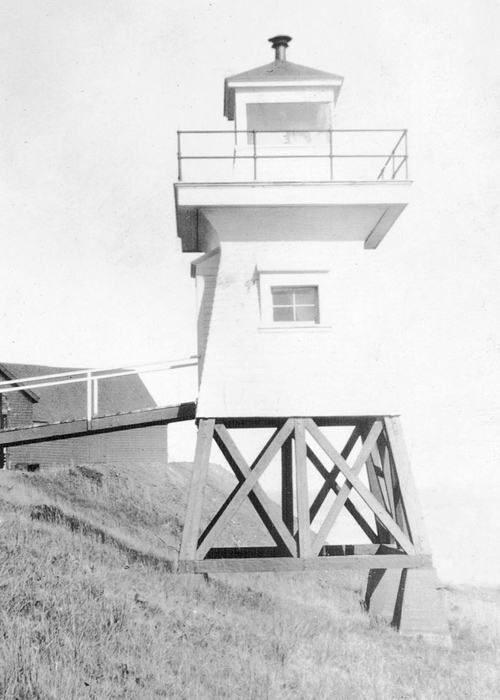 Eatonville, a former lumber and shipbuilding village in Cumberland County, was founded in 1826 and abandoned in the 1940s. The community was situated near a large tidal harbour at the mouth of Eatonville Brook. David and Charles Eaton purchased much of the land and timber holdings in the area in 1864 and built a series of sawmills and lumber camps along with a large shipyard. The growing village was named after the Eaton family.

The Eaton shipyard produced over twenty large vessels, starting with the 1,000-ton barque Chignecto in 1874 and ending with the tern schooner J. L. Ralston in 1919. The shipyard and a large sawmill were located at the harbour, and the main village, known as the Old Town, was situated a mile inland. A tramway, a horse-drawn pole railway, connected the two. In its peak years, about 350 people lived at Eatonville. Of these, around 250 resided in Old Town, where there was a post office, a combined school and church, two stores, and a blacksmith shop, while about 100 lived at the harbour, which had its own post office and store.

In 1909, the Department of Marine, as noted in its annual report for that year, had a lighthouse built at Eatonville:

-A small wooden lighthouse was erected near the government wharf in the harbour. The tower is square in plan, with sloping sides, surmounted by a square wooden lantern, the whole painted white. The tower is 22 feet high from its base to the ventilator on the lantern, and the fixed red dioptric, 5th order, light is elevated 24 feet above high water, and is visible six miles from all points of approach seaward. The work was performed by contract, by Mr. A. H. Dyas, of Parrsboro, Nova Scotia, for $675.

Stewart McAleece was appointed the first keeper of the lighthouse at an annual salary of $85. He served until 1913, and was followed by R. Kirkpatrick and J.W. Kirkpatrick.

With the development of iron ships and the depletion of lumber, the industries at Eatonville collapsed, and the population dwindled. In 1922, the lighthouse at Eatonville was relocated to nearby Cape dOr, where it was mounted on a wooden trestle near the existing fog signal building.

Eatonville was largely abandoned by the 1930s, but seasonal cutting and export of timber continued into the 1940s. The last year-round resident left in 1943, but several Eatonville families kept cabins in the area. The site of Eatonville became part of Cape Chignecto Provincial Park in 1989. Short day-use trails lead to lookoffs at the harbour and at the Three Sisters sea stacks.

For a larger map of Eatonville Lighthouse, click the lighthouse in the above map.