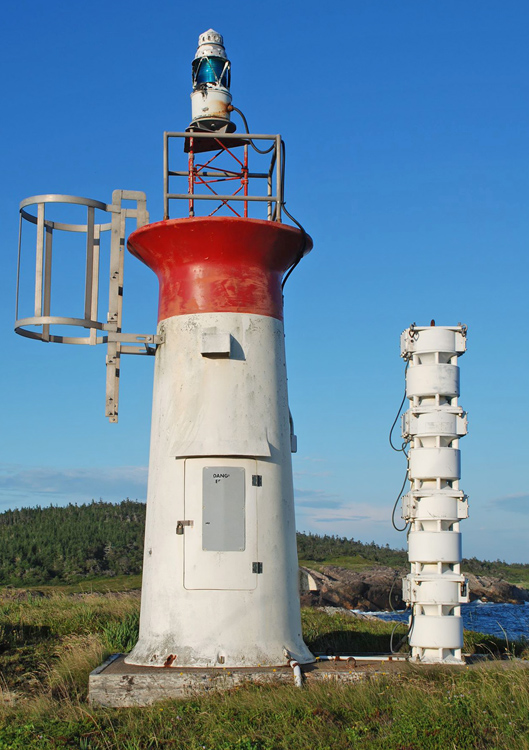 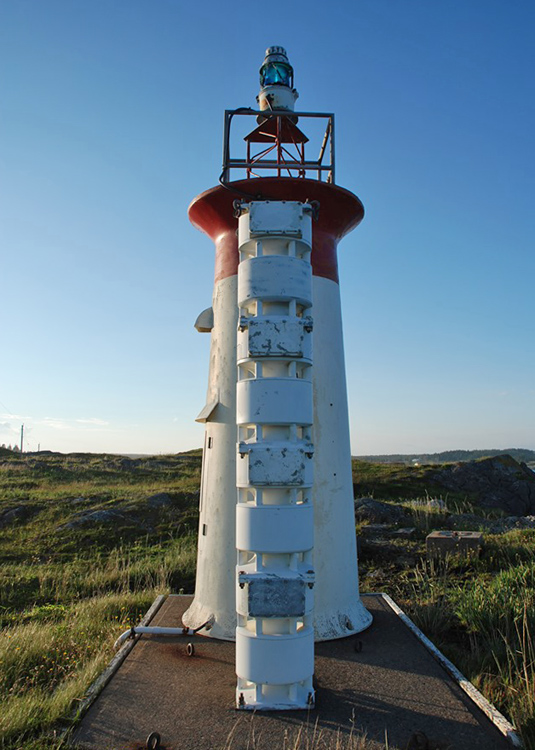 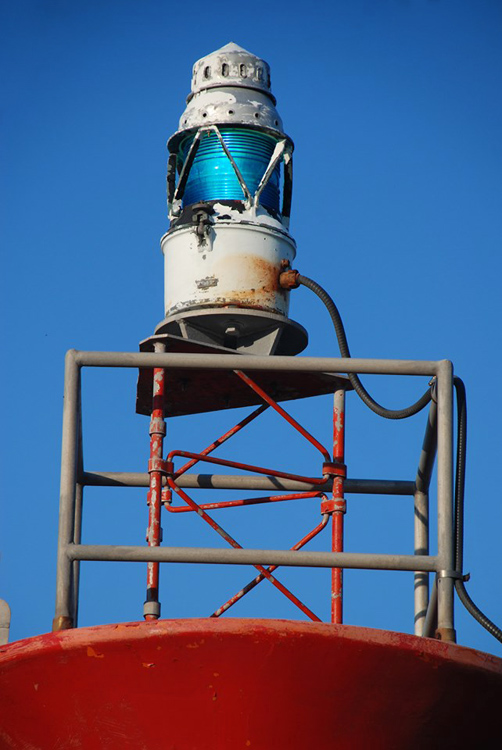 The village of Little Lorraine is located on Cape Breton, just east of Louisbourg, and has had several names over the years: Little Loran, Lorembec, Cap-de-Lorembec, Petit Laurenbec, and Petit Lorembec. Fishermen from France settled Little Lorraine in 1714. The French were forced out during the expulsion of Acadians around 1758. Irish immigrants arrived to settle Little Lorraine in the early 1800s.

The Department of Marine built a lighthouse at Little Lorraine (Little Loran) in 1900 as describe in its annual report for that year:

A lighthouse, erected on the extremity of the western headland (locally known as Black head) at the entrance to the harbour of Little Loran, on the eastern coast of Cape Breton Island, was put in operation on May 1, 1900. The building is an octagonal tower with sloping sides, painted white, surmounted by an octagonal iron lantern, painted red. The tower is 32 feet high from its base to the vane on the lantern, and stands 50 feet back from the extremity of the head, on ground 50 feet above high-water mark. The light is a fixed white light, elevated 76 feet above high-water mark. The illuminating apparatus is dioptric, of the 7th order. This light was established for the convenience of local fishermen, and will be maintained only from May 1, to December 1, of each year. The building was erected under contract by Mr. Jas. Dowd, of Louisburg, whose contract price was $300. The total cost of establishing this new light was $878.66.

Patrick Gallant was appointed the first keeper of Little Lorraine Lighthouse on January 19, 1900 at an annual salary of $80. Keeper Gallant served until his death in 1916, at which time his wife Mary looked after the light for a short time before Edward Troke was made keeper.

In 1946, a red skeleton tower that displayed a flashing green light took the place of the original Little Lorrain Lighthouse, and the light was made unwatched.

In 2020, a fixed green light was being shown from a white cylindrical tower with a red upper portion to mark the entrance to Little Lorraine Harbour. Mariners can activate a fog signal by pressing the button of their VHF radio five consecutive times at one-second intervals on channel 65A. Once activated, the foghorn will sound for thirty minutes.

For a larger map of Little Lorraine (Lorembec) Lighthouse, click the lighthouse in the above map.