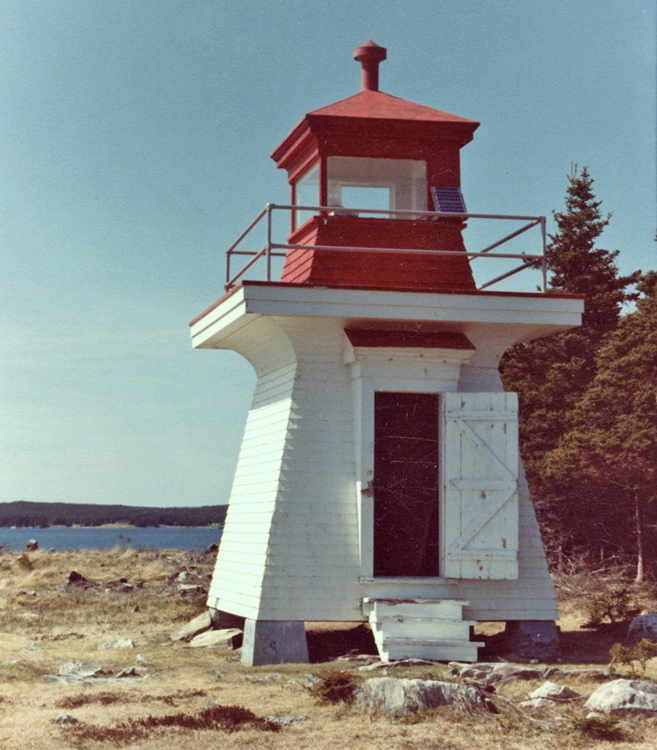 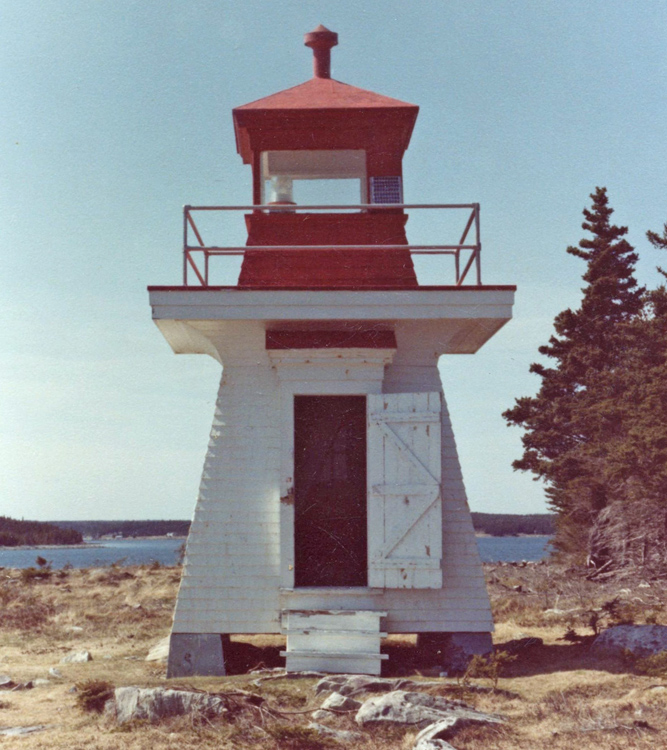 The small village of Little Liscomb is centered around Jacks Cove, which is hoem to a wharf. Little Liscomb Harbour and Jacks Cove are protected by Hemlow Island, which lies just offshore, as well as Hog Island and Liscomb Island.

Redman Head is a steep, wooded bluff that rises to a height of thirty metres and forms the eastern part of Little Liscomb Harbour. To enter the harbour, mariners need to pass northeast of Liscomb Island, and then bring Redman Head in range with the northeast side of Hemlow Island which will place them on a bearing of 304°. Following this bearing should take a vessel about 200 metres offshore from Redman Head and avoid the dangerous waters off Hog Island.

In 1909, John Hemlow, Jr. of Liscomb erected a twenty-two-foot-tall, square, pyramidal tower on the southwest point of Redmand Head under contract for $525. The tower was surmounted by a square, wooden lantern room that protected a 360° fifth-order Fresnel lens used to produce a fixed white light that was visible for up to eleven miles from all points of approach by water.

John Croft was hired as the first keeper of Redman Head Lighthouse on September 10, 1909 at an annual salary of $230. Besides tending the light, Keeper Croft was also required to sound a hand-operated foghorn in response to the signal of vessels in the vicinity during periods of low visibility.

Redman Head Light was electrified and made unwatched around 1963. The light was discontinued on October 24, 1988, and a few weeks later, the old wooden tower was burned down intentionally after it had suffered extensive vandalism. The Coast Guard placed a daymark on the point the following year to help mariners.

For a larger map of Redman Head Lighthouse, click the lighthouse in the above map.