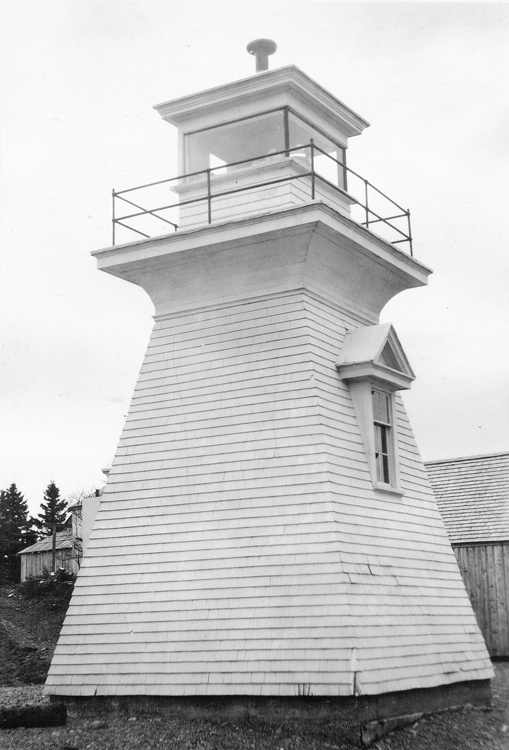 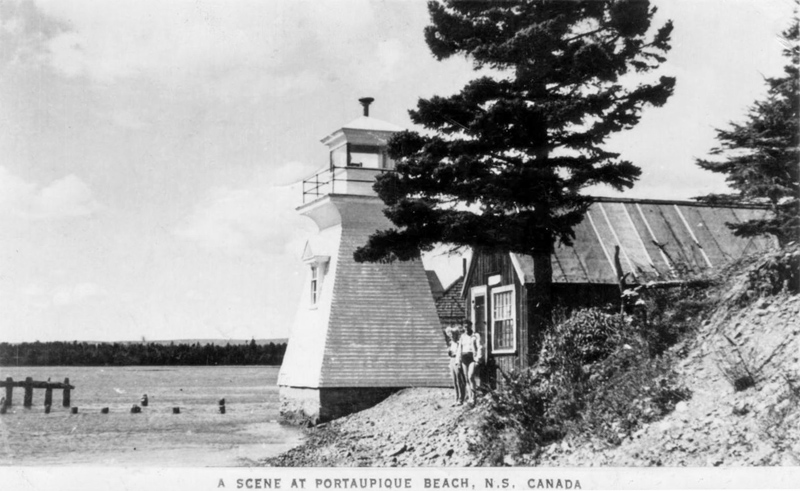 The rural community of Portapique is located near the mouth of Portapique River, which flows into Minas Basin. When the Acadians lived there, the village was known as Porc-épic, French for porcupine, but the name has been corrupted over the years.

In 1882, a light was established on the western head at the entrance to Portapique River in the form of a lantern on a mast. This fixed red light had an elevation of thirty feet above the high-water mark and was kept lit during the fishing season. In 1913, W.A. Lambard and A. Sharitt of Montros were awarded a $925 contract to build a square, wooden lighthouse at the mouth of Portapique River to replace the mast light. This enclosed structure was placed on the eastern side of the river entrance and displayed a fixed white light at a height of twenty-eight feet above high water.

The wooden lighthouse remained in operation until Portapique Light was discontinued in 1965.

For a larger map of Portapique Lighthouse, click the lighthouse in the above map.