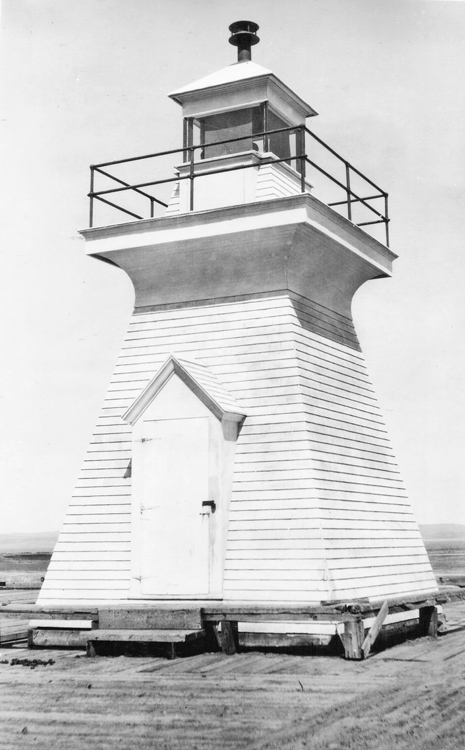 Noel is a small village situated at the mouth of Noel River, just east of Burntcoat Head. The community is named after Noël Doiron, a leader of the Acadians, who settled there with his family around 1710. After the expulsion of the Acadians, Noel was abandoned until Timothy OBrien arrived with his four sons in 1771. During the nineteenth century, Noel Bay was home to multiple shipyards, the most prominent of which was Osmond OBrien Shipyard. This shipyard produced twenty vessels, including the barque Noel that was named after the community.

In 1905, the Department of Marine completed a lighthouse on the wharf at Noel and published the following description of it:

A lighthouse was established on the outer end of the government breakwater at Noel, in the county of Hants, and was put in operation on December 6, 1905.

The lighthouse is a wooden tower, square in plan, with sloping sides, surmounted by a square wooden lantern. It is 27 feet high, from the deck of the pier to the of the ventilator on the lantern. For ten feet up from the bottom it is sanded, the remainder of the building is painted white.

The light is a fixed red dioptric light, of the seventh order, elevated 27 feet above high-water mark, visible 6 miles from all points of approach by water.

This work was done by day labour under the foremanship of Mr. Israel McCallum, and cost $572.20.

George C. Davidson was employed as the first keeper of the lighthouse at an annual salary of $100. The wooden tower served the community until it burned down on June 14, 1969. There is no navigational light at Noel today.

For a larger map of Noel Lighthouse, click the lighthouse in the above map.