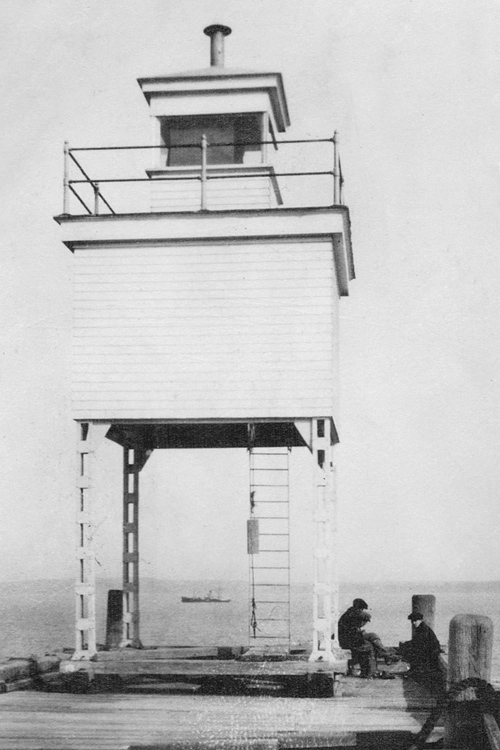 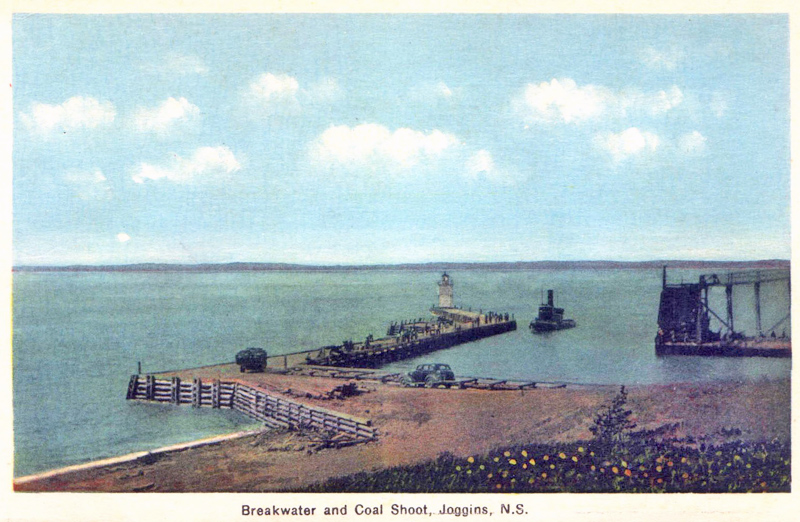 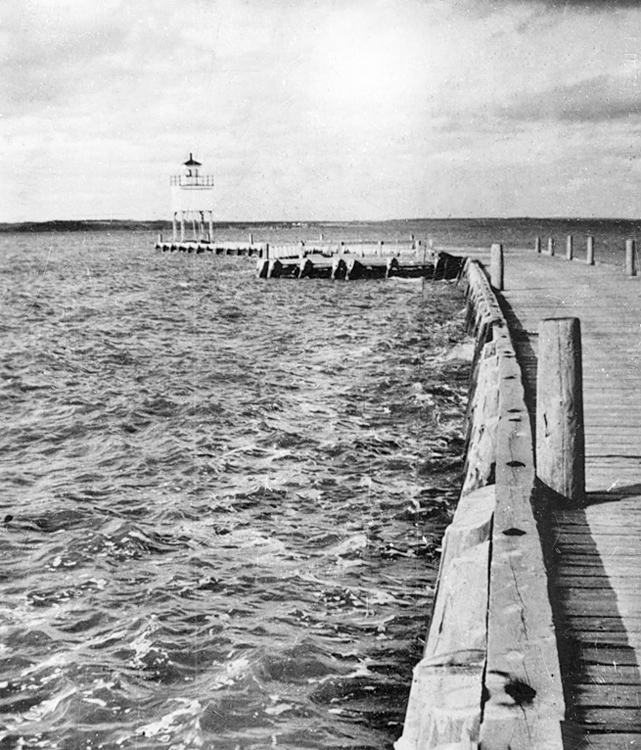 The community of Joggins is situated on the eastern shore at the entrance to Cumberland Basin. Joggins is known for its exposed sedimentary cliffs that jut up from the shoreline at about a twenty-degree angle. It was the cliffs exposed coal seams that attracted people to the area starting in the late 1600s, but now it is the cliffs fossils that attract visitors from afar.

Local Acadian settlers were among the first to use the coal, and they were followed by the British garrison at Annapolis Royal in 1715. Major Henry Cope established the first commercial coal mine in 1731, but the Mikmaq destroyed it the following year. Samuel McCully set up a mine in 1819 and shipped a few hundred tons of coal to Saint John, New Brunswick before going out of business in 1821. Mining returned in 1847, and production picked up following the construction of the Intercolonial Railway in the 1870s and the opening in 1887 of the Joggins Railway, which linked the mines at Joggins to the Intercolonial mainline, twelve miles away at Maccan.

A harbour was built at Joggins Mines to support the coal industry, and in 1911, A.L. Mury of West Arichat was paid $678 to erect a thirty-two-foot-high square, wooden tower near the end of the breakwater that formed the harbour. The wooden tower was supported by four steel columns and was surmounted by a square, wooden lantern. Goold, Shapley & Muir of Brantfrod provided the steel substructure at a cost of $337.15. Fred Williams was hired as the first keeper of the lighthouse at Joggins at an annual salary of $180.

The following Notice to Mariners publicized the establishment of the new light:

On the opening of navigation in 1912 a 4th order dioptric fixed red light will be established on the outer end of the breakwater at Joggins Mines, Chignecto Bay, Bay of Fundy.

The light will be exhibited 32 feet above the water from a small, white, square, wooden building, supported on four steel columns and surmounted by a square wooden lantern, and should be visible 7 miles from all points of approach by water.

The height of the structure from the deck of the breakwater to the top of the ventilator on the lantern is 31 feet.

In 2008, a nearly fifteen-kilometre-long section of the coast at Joggins known as the Joggins Fossil Cliffs was designated a UNESCO natural heritage site. The Joggins Fossil Centre has been built atop the cliffs to display fossils and interpret the history of scientific discovery at Joggins.

For a larger map of Joggins Lighthouse, click the lighthouse in the above map.