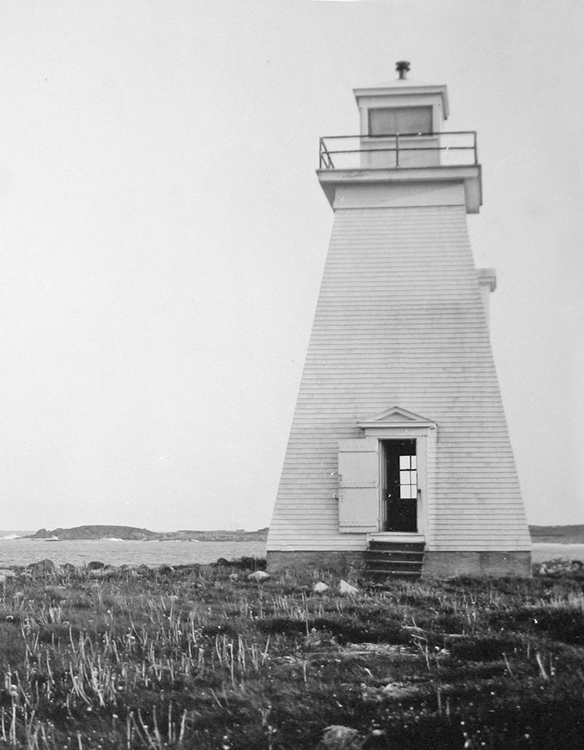 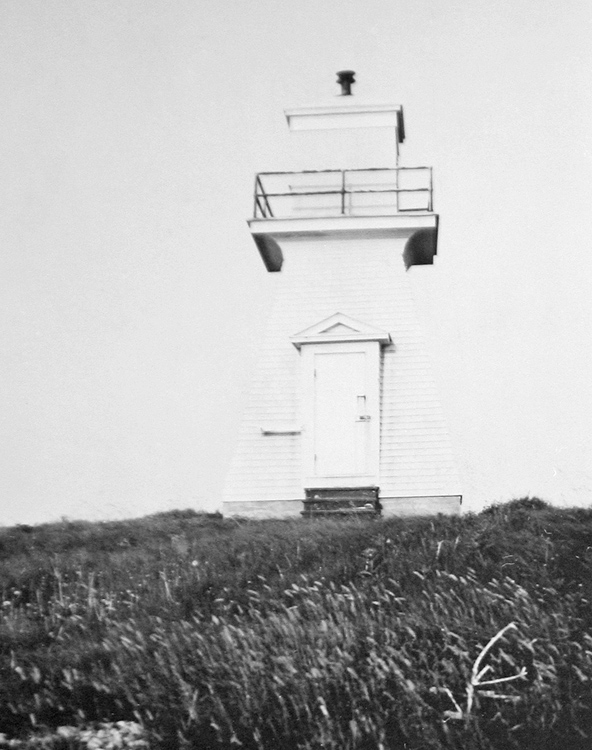 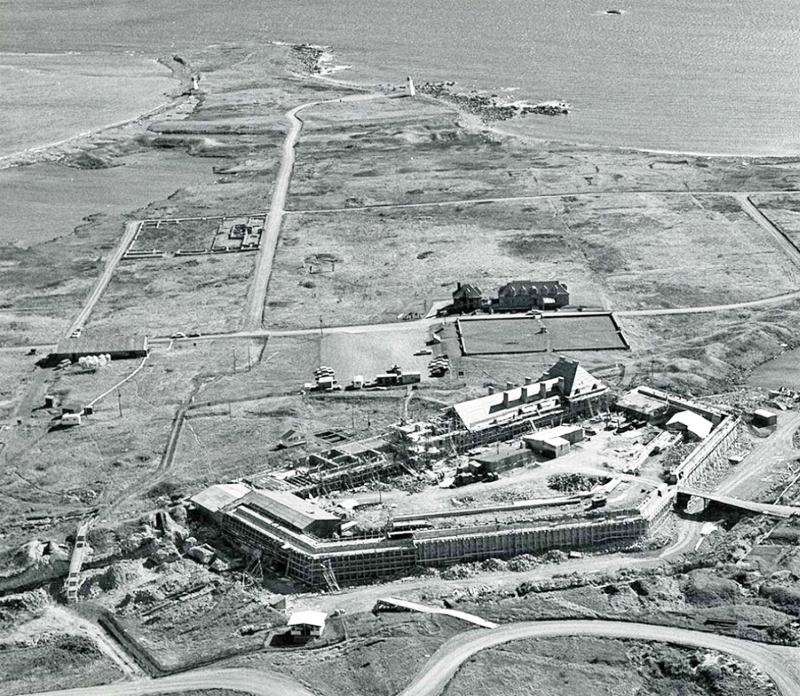 Work on a lighthouse to mark the entrance to the harbour at Louisbourg started in 1730 but was not completed until 1734. Two years after it was placed in operation, the lighthouse went dark after fire destroyed the lantern on September 11, 1736. Work on a new lantern room that would be fireproof began right way, but it wasnt completed for two years.

To better mark the harbour at Louisbourg, which was now a prosperous coal-shipping port, the Department of Marine established a pair of range lights in 1897 on the west shore of the harbour, just north of the former fortress. In 1923, a second set of range lights was built on the harbours western shore at Rochefort Point, a short distance east of the fortress, to guide vessels between the coal companys pier at Louisbourg Range.

Rochefort Point Range Lights.The front light is shown from a white square wooden tower 28 feet (8.5 m.) high, surmounted by a square wooden lantern situated on the northern side of the old French burying ground, about 325 yards from Rochefort Point.

These lights in range lead from the coal companys pier to the intersection of their alignment with that of the Louisbourg range lights, which leads out of the harbor.

Rochefort Point Range Lights have been discontinued and removed.

For a larger map of Rochefort Point Lighthouse, click the lighthouse in the above map.

No lights exist today where the ranges lights stood.