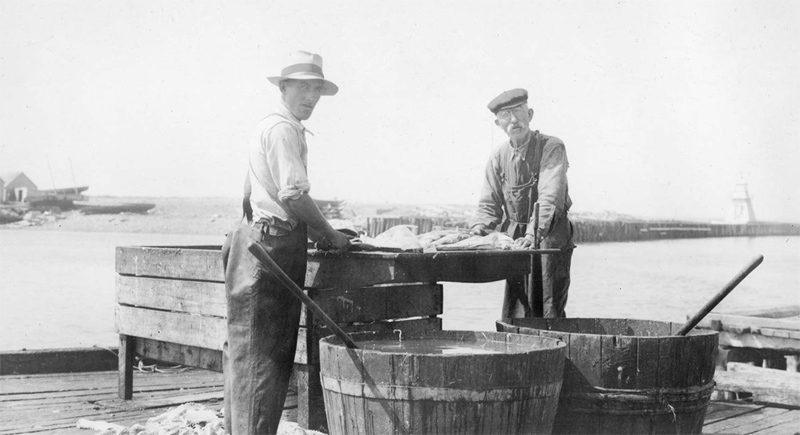 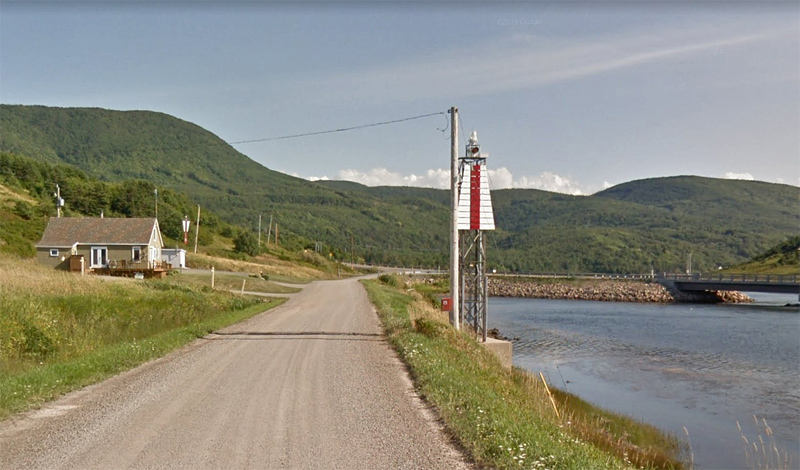 Grand Ètang is a small community on the western shore of Cape Breton Island. The Nova Scotia Pilot for 1918 reported that there were multiple places between Cheticamp Island and Margaree River where boats can land in fine weather, but notable among these was Grand Ètang (Squirrel Pond). Grand Ètang is French for Great Pond and refers to the rather large body of water located close to the shore.

After a channel was opened through the beach to Grand Ètang, the pond became available for small vessels and fishing boats. In 1901, the Department of Marine had a lighthouse built to mark the entrance to the channel as noted in its annual report for that year:

A lighthouse was put in operation on July 15, 1901, at Grand Etang, on the western coast of the county of Inverness, Cape Breton. This is the harbour named Squirrel pond on the Admiralty charts. The lighthouse stands on the breakwater on the southern side of the channel leading into the harbour, near its outer end. The building is a square wooden tower, with sloping sides, surmounted by a square, wooden lantern, and is painted white, with the iron railings red. It is 23 feet high from the deck of the pier to the vane on the lantern. The pier rises 7 feet above high-water mark. The light is fixed red, elevated 24 feet above high-water mark, and should be visible six miles from all points seaward. The illuminating apparatus is dioptric of the seventh order. The lighthouse was built by Mr. James D. McDonnell, of Margaree, the contract price was $291.

Joseph P. Chiasson was appointed the first keeper of the light at an annual salary of $60. Keeper Chiasson served until 1905, when S. B. LeBlanc was placed in charge of the light.

In 1920, a fixed red light was established to serve as a rear range light to the light on the breakwater that was established in 1901. The rear light was exhibited from a locomotive headlight at a height of thirty-four feet above high water from a white pole with a shed at its base that was erected 367 feet from the front light.

The enclosed wooden tower continued to display the front light until 1951, when it was replaced with a white pole from which a headlight lantern was displayed. The range lights were made unwatched at this time.

In 2020, mast lights were marking the outer end of the entrance breakwaters, while two modern range lights for marking the center of the channel were exhibited from skeletal towers located a short distance inland.

For a larger map of Grand Ètang Lighthouse, click the lighthouse in the above map.