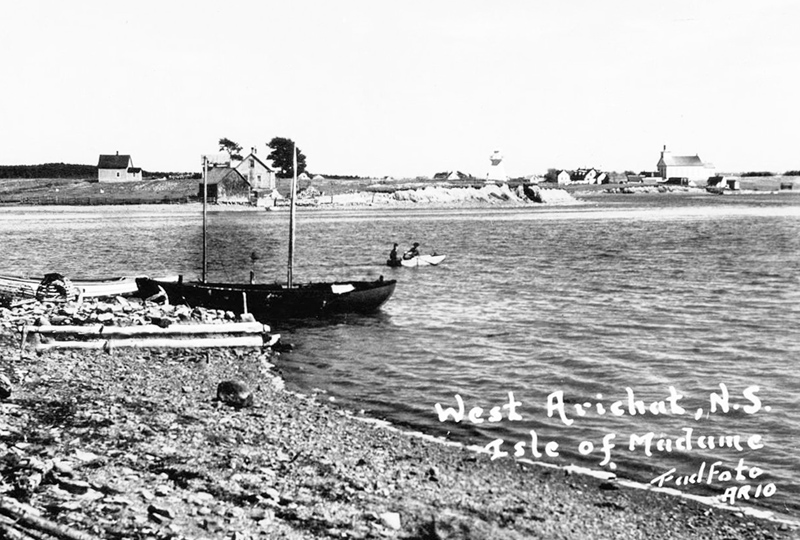 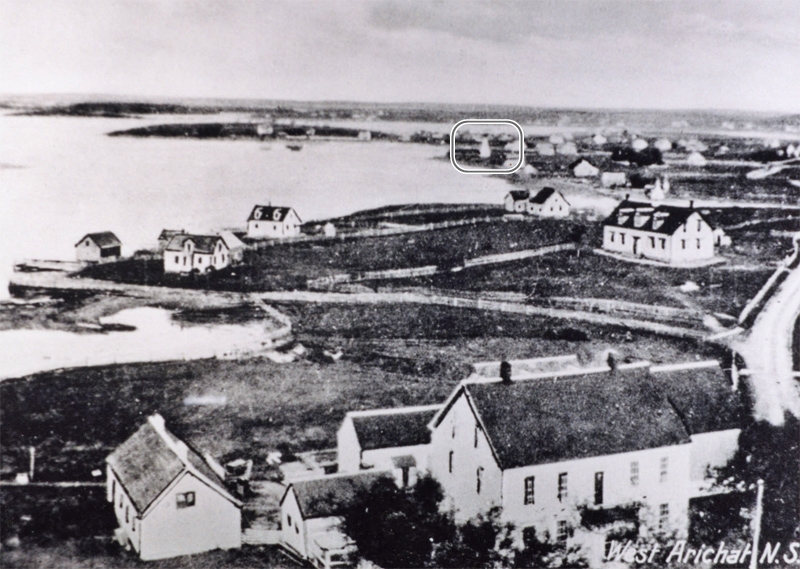 In 1874, the Department of Marine had a lighthouse built on the northwest tip of Crichton Island to help guide mariners into the harbour at West Arichat. Three decades later, a pair of range lights was placed at West Arichat so mariners could more easily remain on the proper alignment for entering the harbour:

- Inclosed range light towers were erected at West Arichat, and the lights put in operation on the 1st September, 1904.

Both towers are wooden buildings, square in plan, with sloping sides, surmounted by square, wooden lanterns, the whole painted white.

The lights shown are fixed red lights, which should be visible 7 miles in the line of range. The illuminating apparatus is catoptric.

The buildings were erected under contract by Mr. Edward Doyle, of Poulamon, N. S. His contract price was $825.

Separate keepers were hired for the keepers of the range lights, likely because they were separated by water. Edward Delory was appointed the first keeper of the rear or back light at an annual salary of $100, while Michael Gerrion received the same amount for tending the front light.

For a larger map of West Arichat Range Lighthouse, click the lighthouse in the above map.

No lights exist today where the ranges lights stood.