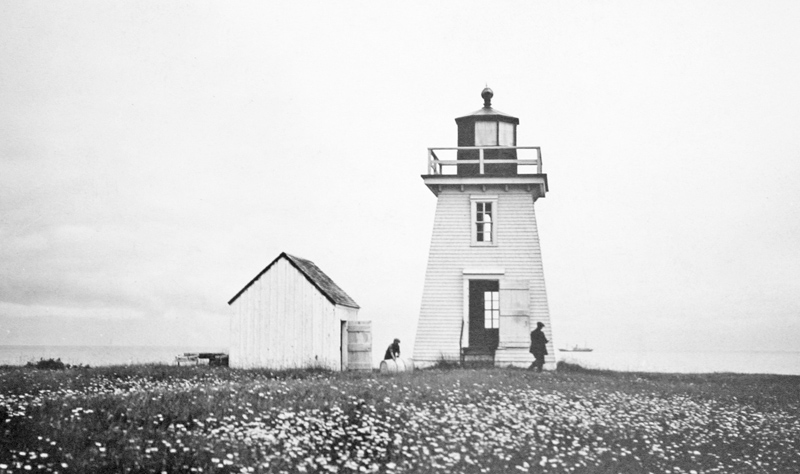 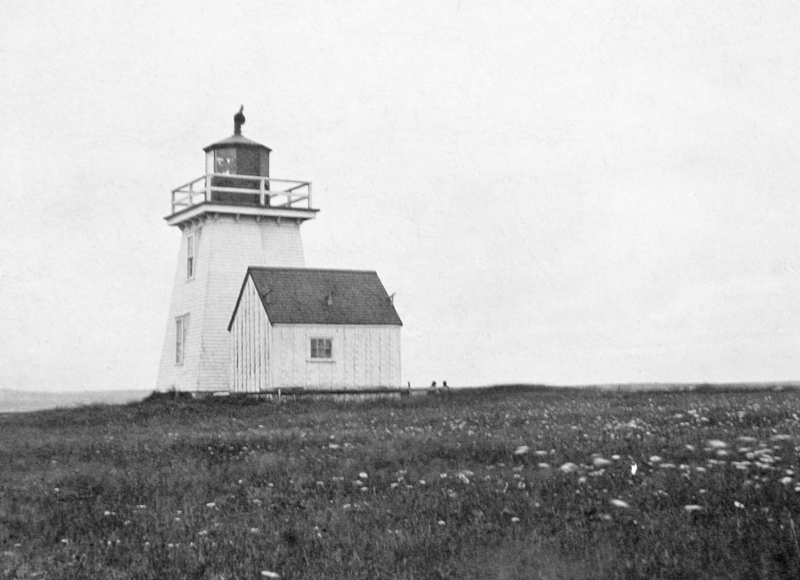 Indian Bay is located on the north coast of Cape Breton, just west of Glace Bay. The bay is roughly five kilometres wide, and at its head, a dry sandbar extends from the east to within 140 metres of the western shore, forming the entrance to Bridgeport Harbour (Lingan Bay), a shallow pond that extends three kilometres inland.

In 1874, a lighthouse was built at the northern side of the entrance to Bridgeport Harbour. The following account of the construction of the lighthouse is from the Annual Report of the Department of Marine for that year:

This light-house has been erected this year on Lingan Head, on the north side of the entrance to Bridgeport Harbour, Cape Breton, and is for the purpose of guiding vessels into the harbour.

It is a fixed red light, 50 feet above high water, and can be seen about ten miles in clear weather.

The tower is a square wooden building, 20 feet high, and painted white. It is surmounted by an iron lantern 6 feet in diameter, with eight sides, two being dark. The plate glass is 36 x 30 inches, and three mammoth flat-wick lamps with 18-inch reflectors are employed. Two A lamps and one 12-inch reflector will be sent. About 270 gallons of oil were delivered. The keeper lives in his own house, some distance from the light.

The house was built by Mr. F. S. Cunningham, at contract price of $685, and put in operation on 20th November, 1874. Mr. James Quinn was appointed keeper.

James Quinn was around fifty-five when he became keeper. During an inspection of the lighthouse in 1878, it was noted that the light was well attended, and that the buildings and stores were in good order. In 1892, a handsaw, square, and jack-plane were given to Keeper Quinn so he could make ordinary repairs at the station.

During an inspection of the aids to navigation between Canso and the northern entrance to Bras dOr Lake in 1901, William P. Anderson, chief engineer of the Department of Marine, noted that the keeper at Lingan Head was a very old man, and should be replaced by a younger and more vigorous keeper. After twenty-seven years as keeper, James Quinn, who would have been eighty-one or so, was replaced by Peter Walsh. Peter, Patrick, and John Walsh took care of the light through 1911, when James Kelly took charge of the lighthouse. James Kelly remained keeper until at least 1937.

For a larger map of Lingan Head Lighthouse, click the lighthouse in the above map.

A set of range lights are located at the entrance to Lingan Bay.