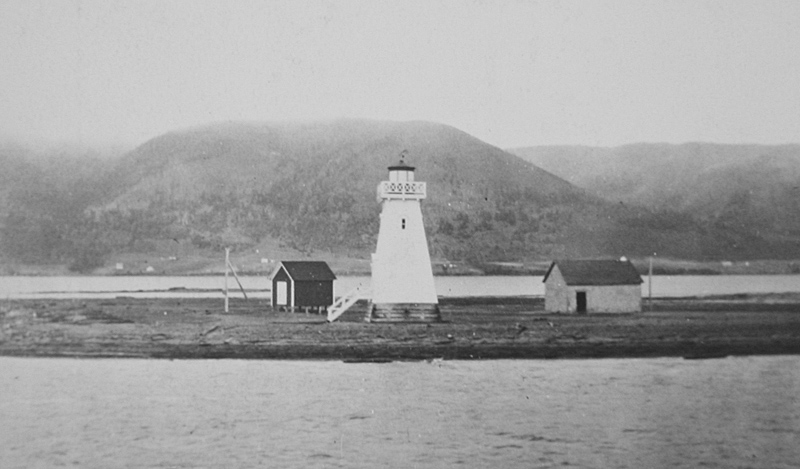 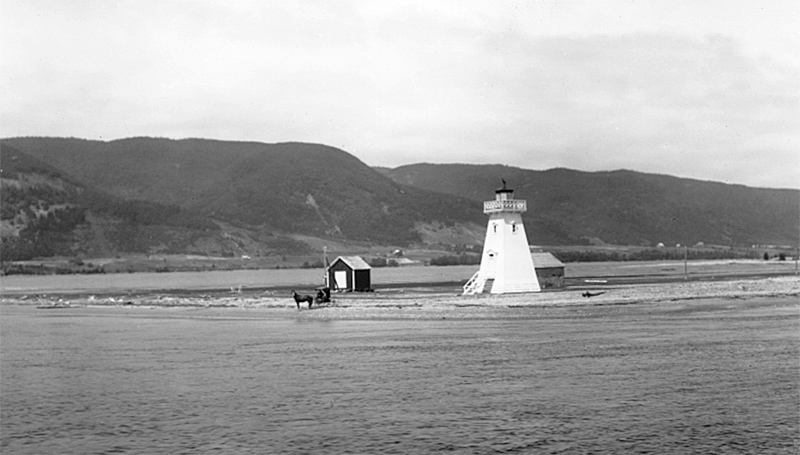 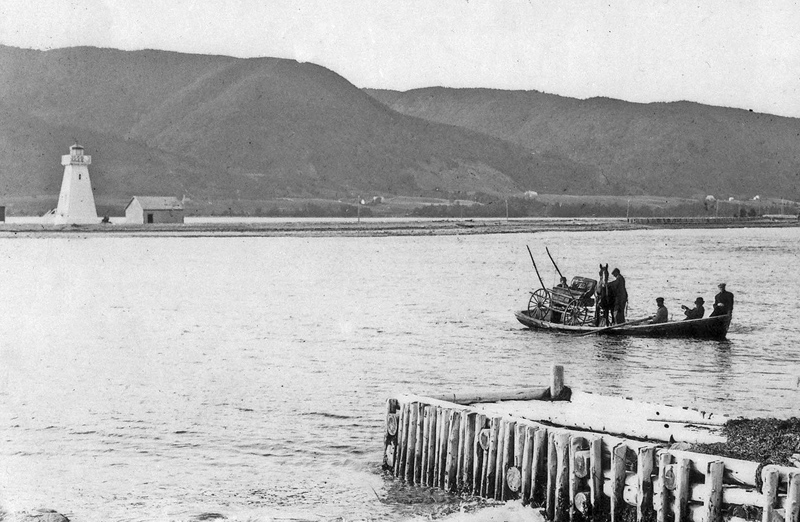 On the northern coast of Cape Breton Island, Cape Dauphin forms the tip of the peninsula that divides St. Anns Bay to the north from Great Bras dOr Channel to the south. Englishtown Ferry runs across the mouth of St. Anns Bay, which is just 124 metres wide thanks to a lengthy sandspit that nearly blocks the entrance to the bay.

In 1871, a wooden lantern was placed atop a small building on the spit that was used as a ferry house. John Morrison was hired as the first keeper of the light at an annual salary of $100. In 1874, three B lamps set in twelve-inch reflectors were being used in the lantern room. The lamps consumed about 100 gallons of oil each year.

After John Morrison died, Angus Morrison was appointed keeper in January 1876. He kept the light until 1889, when Donald McAskell took charge. Alex Nicholson replaced McAskell as keeper in 1905 and served through at least 1923.

In 1881, the Department of Marine, as indicated in its annual report, had a square lighthouse tower built on the sandspit:

The light at the entrance to St. Anns Harbour, Victoria County, Cape Breton, had, for a number of years, been exhibited from a small lantern, placed on a stable situated at the end of the beach on the west side of entrance. In December last, tenders were invited for the construction of a lighthouse tower and oil store, to be erected close to and to replace the old building, and the contract was awarded to Mr. John Willard of Liverpool, N. S., for the sum of $845.

On account of the beach being low, a small pier was constructed for the tower to stand on. The tower itself is a square wooden structure 31 feet high from its base to vane of lantern, and is painted white.

The character of the light remains fixed white. It is elevated 41 feet above the level of the sea and should be seen from a distance of 11 miles.

In 1929, a new crib foundation was built on the sandspit, and the tower was placed top it and secured. The white, wooden tower remained on the spit until around 1950, when a steel, skeletal tower was erected to display a flashing white light. The light was made unwatched at this time.

There is no navigational light on the sandspit today, but a pair of buoys were marking the entrance into St. Anns Bay in 2020. A cable ferry continues to shuttle passengers across the entrance to St. Anns Bay today as part of Route 312. In 2015, a study compared the cost of continuing to operate a ferry versus building a bridge. At the time, the ferry, which made 45,000 ninety-second voyages a year carrying 226,000 vehicles and 470,000 passengers, had an annual operation cost of $1.25 million. A new ferry, which is required about every thirty years, runs about $8 million. Building a bridge would cost $45 million. The study concluded that a bridge would cost less over time, but it would take forty-five years to realize the cost savings. Given the large sum needed upfront to construct the bridge, it is likely the ferry will be around for some time.

For a larger map of St. Ann Harbour Lighthouse, click the lighthouse in the above map.