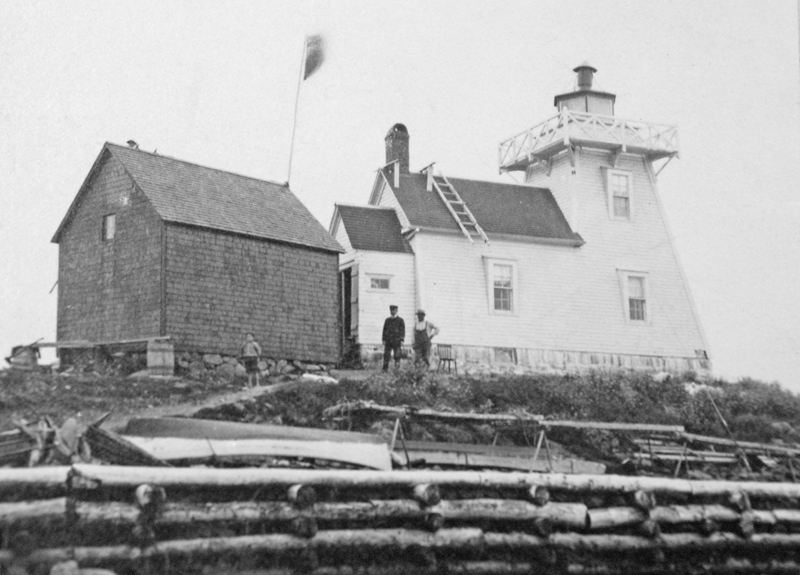 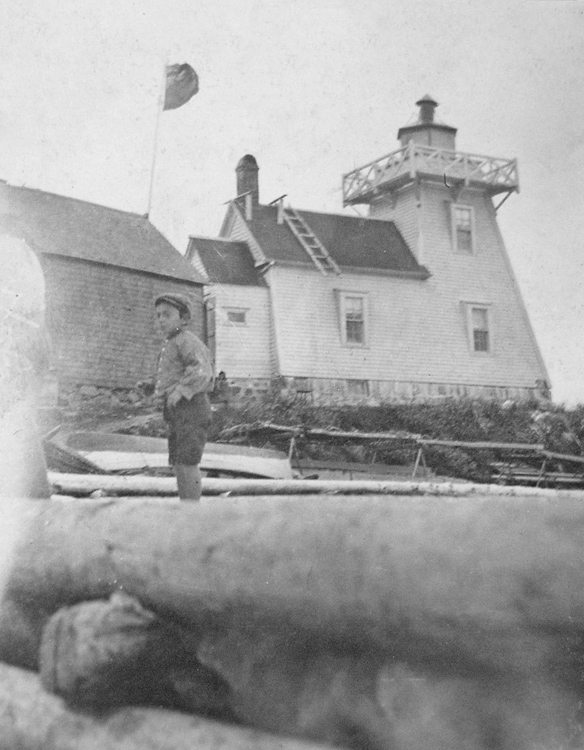 Petit-de-Grat Island lies off just off the southeast shore of the larger Isle Madame and is connected to it by a causeway. Basque fishermen were early settlers of the area, and the name Petit-de-Grat is thought to mean little fishing base. Petit-de-Grat Harbour is situated between Isle Madame and Petit-de-Grat Island, and in 1876, the Department of Marine decided to build a lighthouse on Big Arrow Island, now known as Mouse Island, to mark the harbour. The following information on the lighthouse is from the Annual Report of the Department of Marine for 1877:

The new lighthouse at Big Arrow Island, Petit de Grat Inlet, Cape Breton, was also completed during the last season, and the light put into operation on the 15th May last. This light is a fixed red catoptric light, elevated about 38 feet above high water, and should be seen in clear weather from a distance of 10 miles. The building consists of a square wooden tower, 31 feet high, with dwelling attached. The cost of this light-house including lighting apparatus, as will be seen by reference to the accounts of the past fiscal year, was $1,810.01.

Colin Chisholm built the lighthouse under contract for the sum of $1,230, while E. Chanteloup was paid $451.11 for the lighting apparatus. The six-sided iron lantern room atop the lighthouse had a diameter of five-and-a-quarter feet.

Ferron Boudrot was hired as the first keeper of the lighthouse at an annual salary of $200.

In 1901, William P. Anderson, Chief Engineer of the Department of Marine, inspected the aids to navigation between Canso and Bras dOr Lake to see what improvements were necessary. For Petit de Grat Lighthouse, Anderson recommended that a seventh-order lens replace the antiquated catoptric lighting apparatus. This change was carried out on November 1, 1902.

The original lighthouse remained standing through at least the 1950s, but was eventually replaced by a skeletal tower. This skeletal tower disappeared from Light Lists after 2001.

For a larger map of Petit-de-Grat Lighthouse, click the lighthouse in the above map.