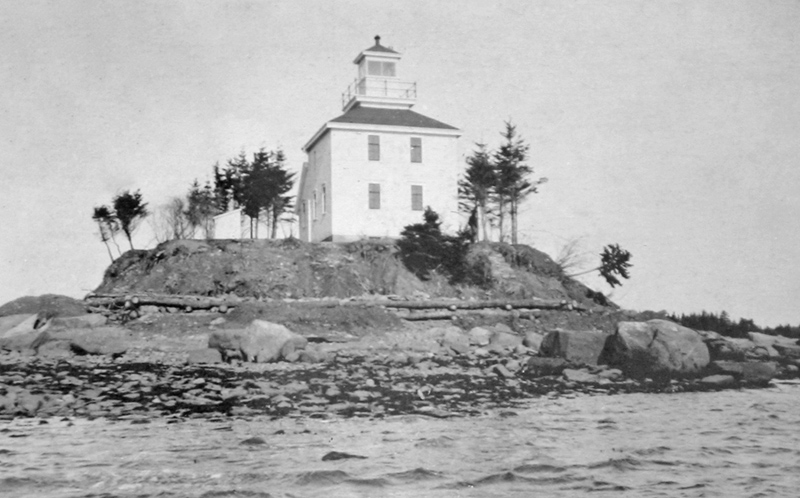 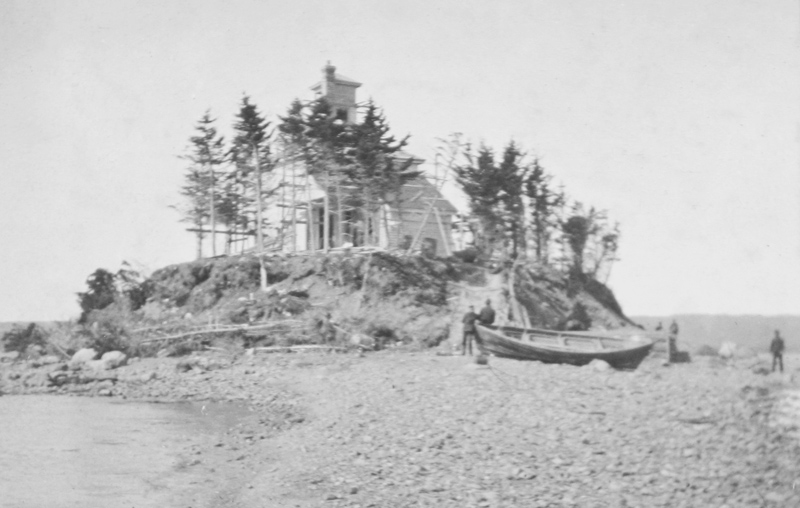 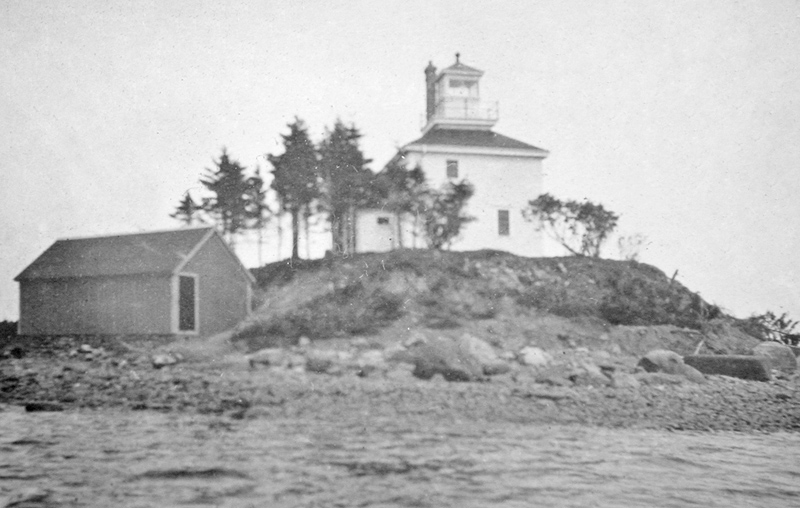 Canso Strait, also known as the Gut of Canso, separates Cape Breton Island from the Nova Scotia mainland. The narrow, roughly twenty-five-kilometre-long passage links Chedabucto Bay in the Atlantic Ocean with St. Georges Bay in Northumberland Strait, a sub-basin of the Gulf of St. Lawrence. North Canso Lighthouse was built on the west side of the northern entrance to Canso Strait in 1842, and in 1852, a beacon at Sand Point was established to mark the southern entrance. Point Tupper Lighthouse, situated on Cape Breton Island midway along Canso Strait, was placed in operation in 1870.

A lighthouse was erected on Bear Island. It stands on the middle of the island, on land 13 feet above high-water mark and about 50 feet back from the waters edge. It consists of a square wooden building, with a square wooden lantern rising from the middle of its hip roof, is painted white with roof red, and is 35 feet high from its base to the top of the ventilator on the lantern. The light shown is fixed red dioptric of the sixth order, elevated 42 feet above high-water mark, and visible 8 miles from all points of approach by water.

Considerable protection work to the lighthouse was also carried out by days labour under the direction of Mr. J. F. Murphy at a cost of $849.71.

As the pictures on the top of this page indicate, erosion was already impacting the island when the lighthouse was built in 1906.

Michael OBrien served as the first keeper of the light. He served until 1913, when W.J. Malcolm took charge of the light. Keeper Malcolm resided on the tiny island for fifteen years.

According to Light Lists, Bear Island Lighthouse was automated around 1954, as the light was shown as unwatched starting in 1955. For some years prior to automation, the keeper on Bear Island used a hand-operated foghorn to answer the signals of vessels in the area.

Bear Island has been almost entirely lost to erosion. At some point, the lighthouse on the island was discontinued, and a light was established on nearby Bear Head to serve the same purpose. In 2020, a skeletal tower with an enclosed lower portion was used on Bear Head to display a directional light that had an increased intensity on the bearing of 297°.

For a larger map of Bear Island Lighthouse, click the lighthouse in the above map.