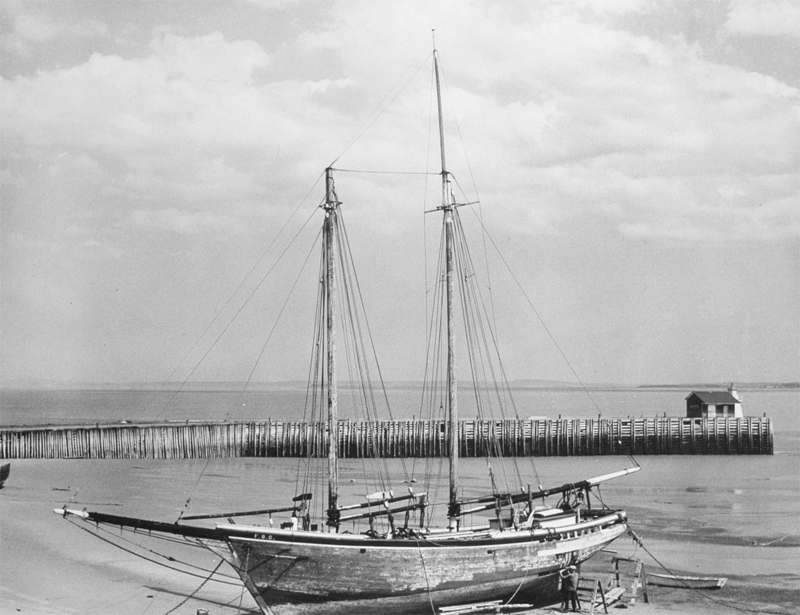 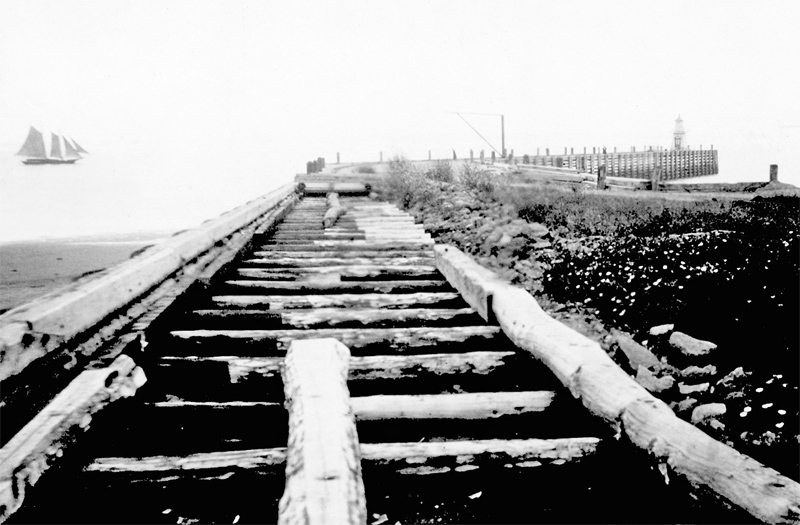 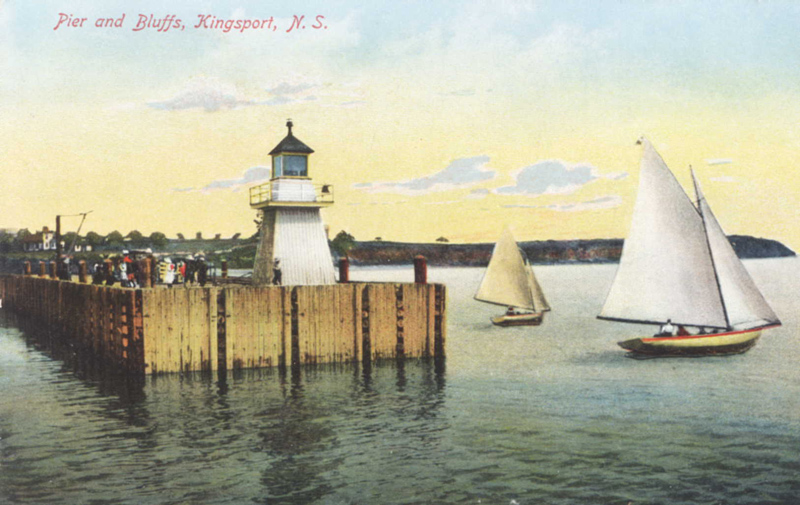 Kingsport is situated on the west side of Minas Basin, just northeast of the mouth of Habitant River. The village was earlier named Indian Point, as it was believed to have been a summer settlement of the Mikmaq, then Oak Point, due to the number of oak tress that grew in the area. The name Kingsport was adopted in the 1870s after the village had become a major port for Kings County.

After the expulsions of the Acadians in 1755, New England planters settled the area. Shipbuilding emerged as the primary industry in Kingsport with the launch of the schooner Emerald in 1833. Some of the largest and finest ships ever built in Canada were designed and built by Ebenezer Cox of Kingsport, according to shipping historian Frederick William Wallace. Starting with the schooner Diadem in 1864, Cox became the master shipbuilder for a series of partnerships which built over thirty vessels of increasing size. Most had names beginning with the letter K and became known as the K Ships. The shipyards at Kingsport included a large mill and blacksmith and used tugboats to brings rafts of timber from the Cape Blomidon area.

The Kingsport shipyards reached their peak in 1890 with the launch of the four-masted barque Kings County followed by the ship Canada in 1891, two of the largest wooden ships ever built in Canada. Ebenezer Cox was by 1890 regarded to have built more ships than any man in Halifax. The launch of Canada on July 6, 1891 attracted over 5,000 people from all across Western Nova Scotia, brought to Kingsport by multiple special trains on the Cornwallis Valley Railway. It was considered the biggest event in the history of Kingsport.

The collapse of the wooden shipbuilding industry in Atlantic Canada in the late 19th century led to a decline in the shipyards. The last major launch was the barquentine Skoda on June 1, 1893, although the Kingsport shipyard refocused for a number of years on ship repair. The yard used the massive Minas Basin tides as a natural drydock into the 1920s repairing such vessels as the American Bradford C. French, the largest three-masted schooner ever built. The final Kingsport-built vessel was in 1929 when the schooner FBG, the last coastal schooner built in all of Nova Scotia, was launched.

The first lighthouse to mark the pier at Kingsport was built in 1878. The following description of this light appeared in the Annual Report of the Department of Marine for 1878:

Small beacon light on end of pier. The frame of the beacon is 30 feet post, 7 feet square at bottom and 5 feet at top. Platform 6 feet 9 inches square, covered with canvas and fitted with a wooden railing. The lantern is of wood 4 feet square, fitted with revolving ventilator cowl, having a metal-lined floor, and lamp shelves lined with zinc.

The posts are fastened with knees to wood work of pier, the upper half of frame is boarded in, sheathed and floored, having a trap door, the lower half is open. The lantern is reached by a step-ladder inside the frame work, and the inclosed portion is painted white, the lower part brown.

The depth of water at head of pier at half tide is 10 feet and the beacon is 26 foot from base of frame at top of pier to vane.

Half-tide rock, which lies with beacon, bearing miles distant, is bare at half tide. Mr. Thomas J. Phipps, living at head of pier, was placed in temporary charge until a keeper is appointed.

Thomas J. Phipps was officially appointed keeper of the light on may 16, 1879 with an annual salary of $50 that was increased on July 10, 1879 to $80. Perhaps this salary was not enough, as William F. Phipps was listed as the keeper the following year, and he served until 1890, when Charles H. Huntley took charge of the light.

On the night of March 24, 1891, the A-burner lamp in the lantern room exploded, and the small wooden tower burned down. Plans and specifications for a new tower were prepared, and S.S. Crowe was awarded a $185 to construct it. Before the new lighthouse was completed on September 16, 1891, a temporary light was exhibited from the pier using a lamp hoisted on a mast. The new tower was a square, wooden building that stood twenty-three feet tall.

In 1910, Keeper Huntley was provided a hand-operated fog to sound during periods of limited visibility.

The light and hand foghorn remained in operation on the pier through at least the 1950s. Hurricane Edna caused extensive damage to the pier on September 11, 1954, and the pier was finally done in by a big storm in 1976.

For a larger map of Kingsport Lighthouse, click the lighthouse in the above map.