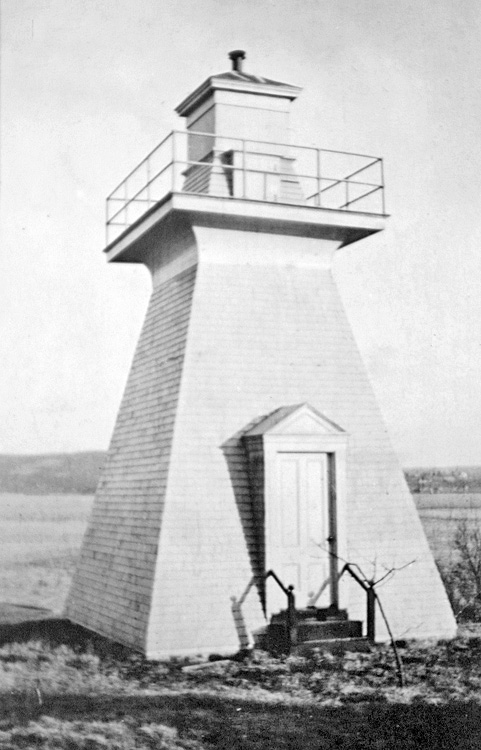 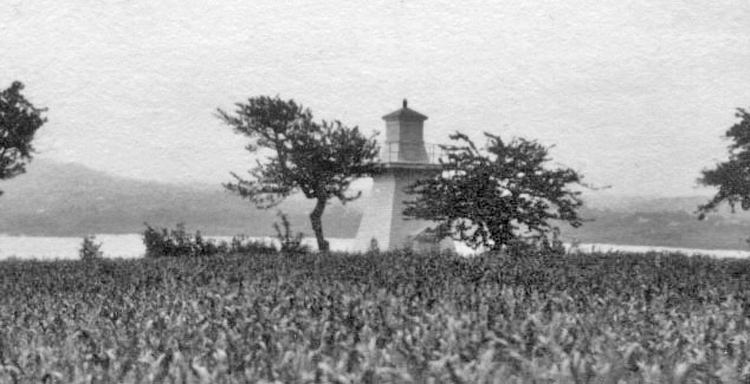 Around 1763, Valentine Troop relocated from Massachusetts to Annapolis County and settled on the banks of Annapolis River, in the township of Granville. The frontage of his lot along the river was known as Troop Point. In 1905, the Department of Marine built a lighthouse on Troop Point and had published the following information on the beacon:

A lighthouse tower has been erected by the Government of Canada in the bight westward from the extremity of Troop Point, on the north side of Annapolis River, Nova Scotia, and the light will be put in operation on the opening of navigation in 1906.

The tower stands on land 75 feet back from the waters edge. It is an enclosed wooden building, square in plan, with sloping sides, surmounted by a square wooden lantern, the whole painted white. It is 32 feet high from its base to the top of the ventilator on the lantern.

The light will be a fixed red light, elevated 46 feet above high-water mark, and will show 3 miles upstream and downstream. The illuminating apparatus is dioptric of the seventh order.

The light is intended to indicate a turn in the river above Annapolis, and to lead vessels clear of the reefs extending out on either side.

R. W. Hardwicke of Annapolis Royal erected the lighthouse under a contract for $450, and Ralph Troop was hired as the lights first keeper at an annual salary of $100. Keeper Troop served until 1912, when R.F. Schaffner took charge of the light and served until at least 1923.

The lighthouse remained standing through the 1950s. No light exists at this point today.

For a larger map of Troop Point Lighthouse, click the lighthouse in the above map.