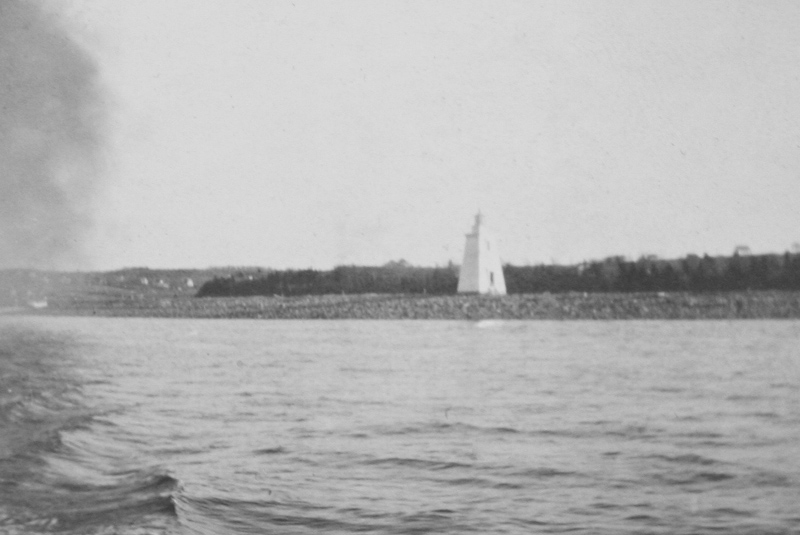 Sissiboo River drains a large portion of Digby County before emptying into St. Marys Bay near Weymouth. The river has its headwaters near the border of Annapolis County where it drains a chain of lakes named respectively, Ninth, Eighth, Seventh, Sixth, Fifth, Fourth, Third, Second, and First. Near the end of its winding journey, the river passes through the former lumber communities of Weymouth Falls and Weymouth Mills. Four dams, three of which produce electricity, have been built on the river.

The interesting name Sissiboo is believed to be a derivative of the Mikmaq word Seboo, which means a river. A more fanciful, but less likely, explanation of the name is that it come from six hibou, French for six owls. According to local lore, on the day a party from Champlains settlement first found the river they say six owls, and so they named the river six hibou.

The Department of Marine built a lighthouse at the entrance to the river in 1870 and documented its construction in its annual report of the following year.

Sissiboo Light - a wooden tower situated at the entrance to Sissiboo River, Digby County. The contract for the building was taken by Mr. William Holdsworth, for the sum of $740. It was completed during the autumn, and lighted on the 3rd December, 1870. It shows a fixed white light. Mr. Basil Amereau (Amero) was appointed keeper at an annual salary of $200.

The square, wooden tower, which stood on the south side of the entrance to the river, stood thirty-three feet tall and was surmounted by an iron lantern room that had a diameter of four-and-a-half feet and was six feet high. The eight-sided lantern room originally housed one B lamp set in a sixteen-inch reflector and three A lamps set in twelve-inch reflector. The lamps consumed around 140 gallons of oil each year.

As no keepers dwelling was built for the lighthouse, Keeper Basil Amero lived in his own house nearby. Keeper Amero served until 1899, and was followed by James Amirault and L.P. Amirault.

On February 2, 1976, a storm destroyed the Sissiboo Lighthouse. A white circular tower took the place of the original lighthouse, but it was removed in 2004. In its later days, the light was known as Weymouth Harbour Light and New Edinburgh Light. A lighted buoy marked the entrance to Sissiboo River in 2020.

For a larger map of Sissiboo Lighthouse, click the lighthouse in the above map.