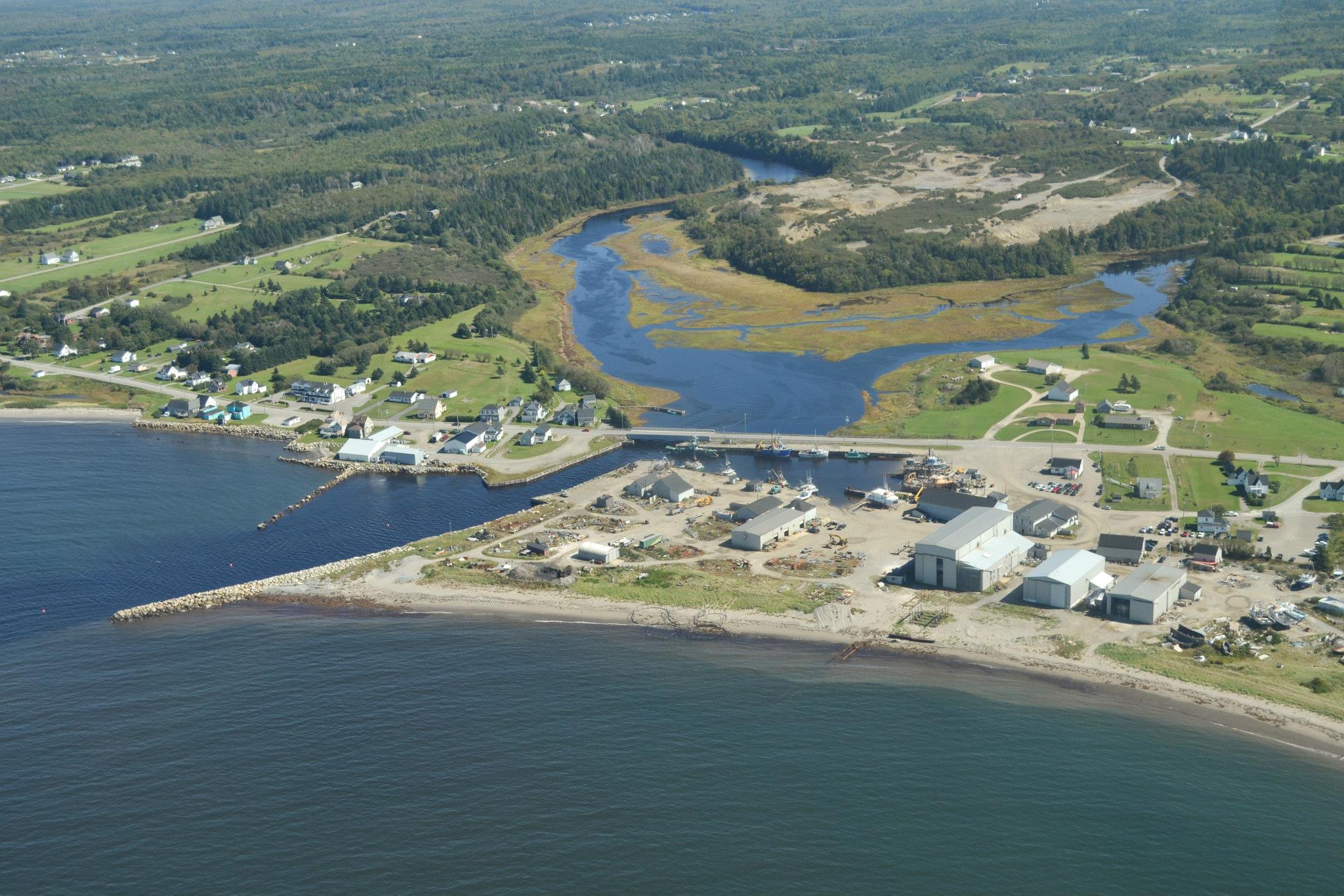 Meteghan, Meteghan Centre, and Meteghan River are three small communities located in order, from north to south, on St. Marys Bay, just north of Cape St. Marys, which together with Brier Island, marks the entrance to St. Marys Bay.

Meteghan and Meteghan River have both been important shipbuilding centres. The first marine railway in Clare Township was built at Meteghan, and over the years hundred of vessels were constructed there, including wooden minesweepers during World War II, and a 167-foot replica of the clipper ship Flying Cloud, that was built in 1966.

Both Meteghan River and Meteghan had lighthouses built to serve the shipbuilding industry and the vessels that docked at these harbours. Meteghan River received its lighthouse in 1875. The Annual Report of the Department of Marine for that year provides the following description of the new lighthouse:

This is a small beacon erected on the extreme end of Meteghan River Breakwater, Digby County. It is painted white, with vertical red stripes on the seaward side, and the top of the lantern is painted black. The light is fixed green, elevated twenty-one feet above the level of high water, and in clear weather should be seen about six miles. It is shown by means of three A lamps with 12-inch reflectors, and is for the purpose of guiding vessels, into the river, and must be left on the starboard hand and passed close aboard. The tide leaves the breakwater one hour before low water. The light will be put in operation on 15th November next.

The beacon was erected by Mr. Israel Chute for the contract price of $398, and Mr. L. C. Comeau was appointed keeper, at an annual salary of $100.

Meteghan did not receive its first lighthouse until 1925, when a steel, skeletal tower with a wooden lamp room was erected on the outer end of the government wharf. A fixed red light, produced by a fifth-order lens lantern, was first placed in operation on August 8, 1925. A heavy storm on October 25, 1925 damaged the lighthouse. Temporary repairs were made until more extensive work could be carried out the following spring. After a schooner struck the lighthouse on March 9, 1927, authorities had Meteghan Harbour Wharf Light moved back about ninety feet from the end of the wharf.

The original lighthouse at Meteghan Wharf remained in operation through at least 1959. In 2020, a square, skeletal tower, fitted with two red-and-white rectangular daymarks, displayed a flashing red light from the end of the outer breakwater at Meteghan.

For a larger map of Meteghan River Lighthouse, click the lighthouse in the above map.

A modern light marks the inner end of the breakwater at Meteghan River.