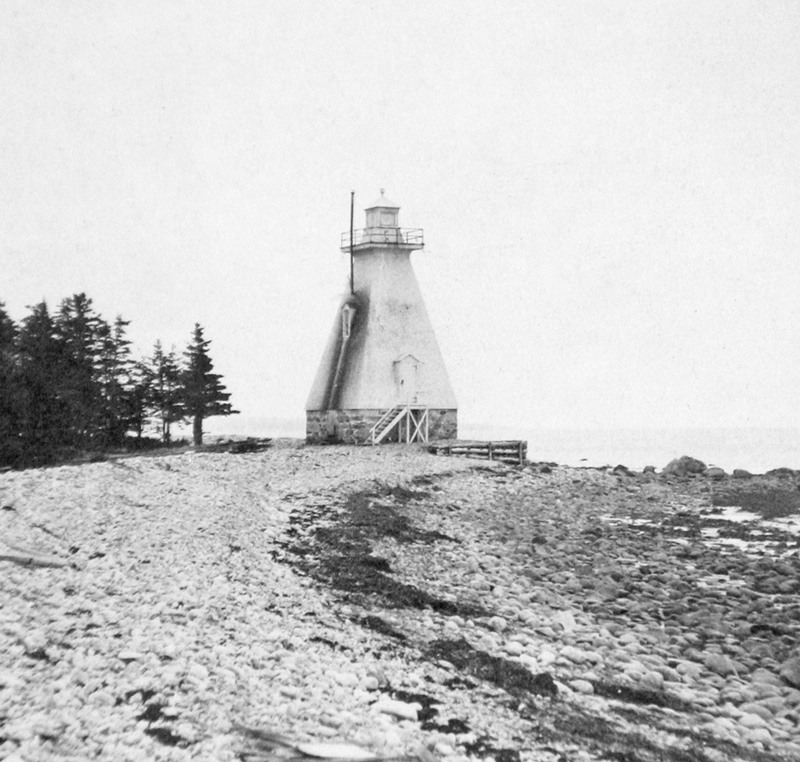 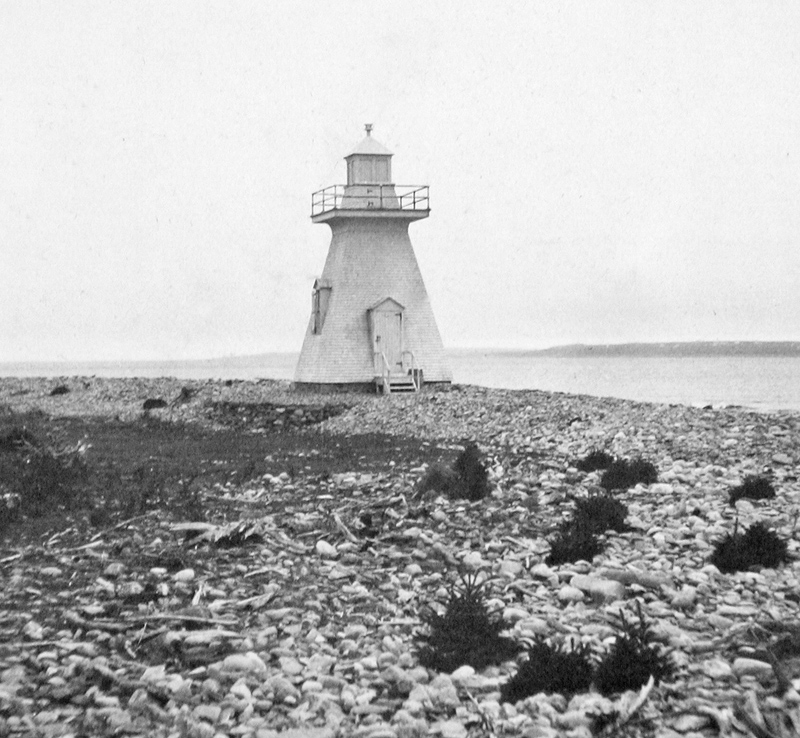 Cape Negro Island is situated just outside the entrance to Negro Harbour. A lighthouse was built on the island in 1872, and one remains active on the island today.

To enter Negro Harbour, mariners can pass to the east or west of Cape Negro Island. In 1899, the Department of Marine had a range lights erected near North East Harbour to guide mariners into Negro Harbour and published the following details on them:

Two range lights, established for the purpose of guiding vessels into Negro Harbour, on the south coast, were put in operation on September 2, 1899.

Both light buildings are square wooden towers, with sloping sides, surmounted by square wooden lanterns. They are painted white, and stand on the shingle beach about 6 feet above high-water mark and about 30 feet back from the waters edge.

The front tower is 34 feet high from its base to the vane on the lantern, and shows a fixed white light elevated 34 feet above high-water mark in, and over a small arc on each side of, the line of range. The illuminating apparatus is catoptric.

The back tower stands 850 feet north-west from the front tower and is 44 feet high. It shows a fixed white light from an elevation of 44 feet above high-water mark in the line of range and also towards the western entrance to the harbour. The illuminating apparatus is dioptric of the seventh order.

Levi Perry was hired as the first keeper of the range lights at an annual salary of $200.

The two lights, one above the other, would lead mariners into Negro Harbour through the east entrance clear of all dangers, but if they entered by the west entrance, only the back light was visible.

The range lights appear to have been discontinued in 1931, as a keeper was no longer listed after that year. The lights also disappeared from published Light Lists around this time.

For a larger map of North East Harbour Range Lighthouse, click the lighthouse in the above map.