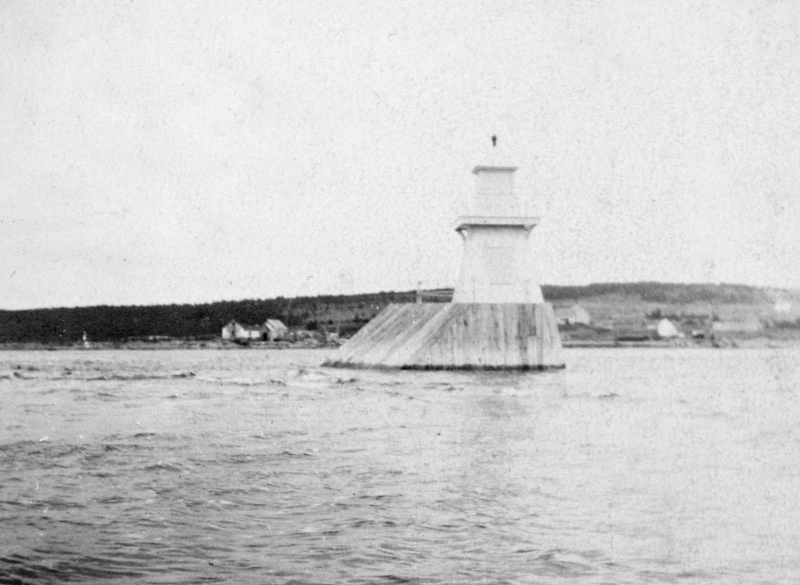 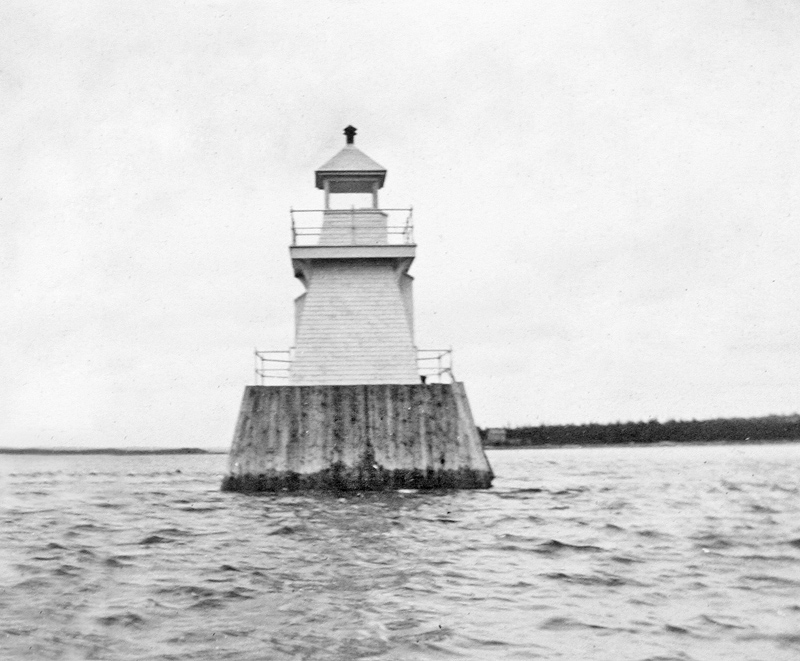 St. Marys River, with a length of roughly 250 kilometres, is one of the longest rivers in Nova Scotia. The river has four branches, West, East, North, and Main, and it drains an area of approximately 1,350 square kilometres before emptying into the Atlantic Ocean at Sonora. Sherbrooke, located along St. Marys River, experienced a Gold rush in the late 1800s. Today, the community is home to Sherbrooke Village, an open-air museum that preserves about thirty historic buildings.

In 1905, Messrs. Anderson and Dickson of Sherbrooke entered into a contract to construct a cribwork pier topped by a lighthouse on The Budget, a shoal also known as Horse Shoal near the entrance to St. Marys River. The cribwork pier was sixteen feet square, ten feet tall, and had a sloping side facing upstream.

The following Notice to Mariners publicized the establishment of this new light:

A lighthouse, erected by the Government of Canada on the southeast extremity of the Budget (Horse shoal), St. Mary river, south coast of Nova Scotia, was put in operation on the 7th December, 1905.

The tower is an enclosed wooden building, square in plan, with sloping sides, surmounted by a square wooden lantern, the whole painted white. The tower is 23 feet high from its base to the top of the ventilator on the lantern. The tower stands on a cribwork pier, 9 feet high, with a cutwater on its upstream end.

The light shown is a fixed red light elevated 23 feet above high water-mark, and should be visible 6 miles from all points of approach by water. The illuminating apparatus is dioptric of the seventh order.

Freeman Pride was hired as the first keeper of the light at an annual salary of $200.

For a larger map of The Budget (Horse Shoal) Lighthouse, click the lighthouse in the above map.

Find the closest hotels to The Budget (Horse Shoal) Lighthouse