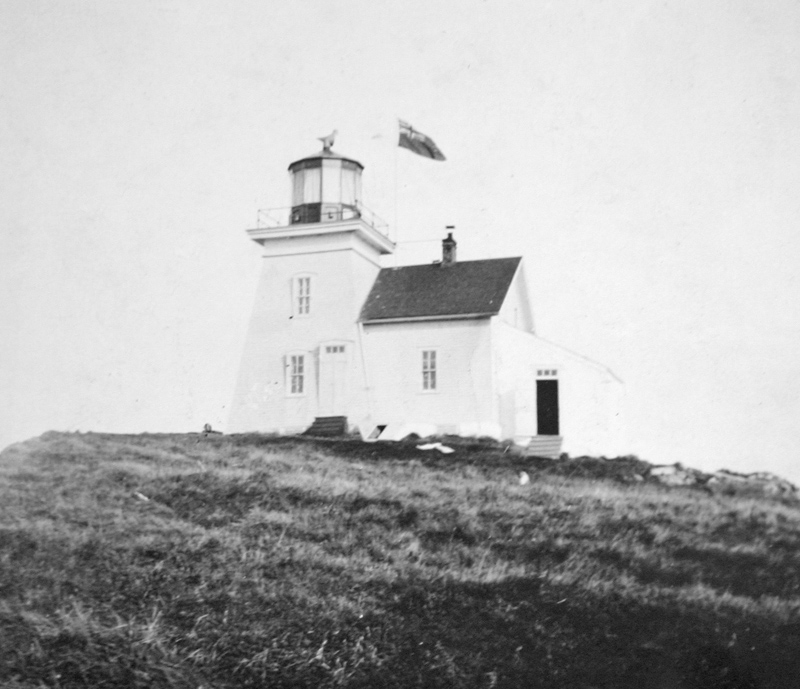 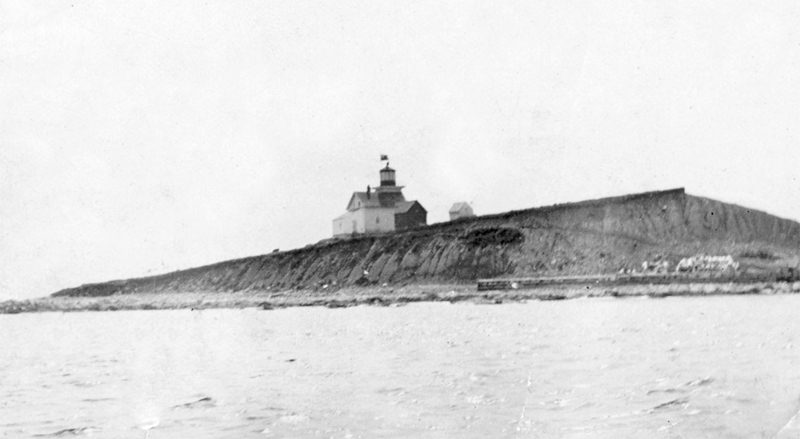 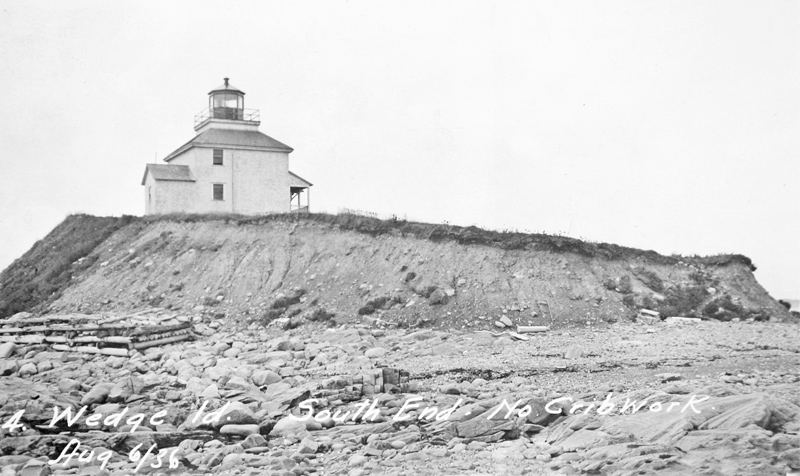 St. Marys River, with a length of roughly 250 kilometres, is one of the longest rivers in Nova Scotia. The river has four branches, West, East, North, and Main, and it drains an area of approximately 1,350 square kilometres before emptying into the Atlantic Ocean at Sonora. Sherbrooke, located along St. Marys River, experienced a Gold rush in the late 1800s. Today, the community is home to Sherbrooke Village, an open-air museum that preserves about thirty historic buildings.

Wedge Island is located offshore from the mouth of St. Marys River, and in 1837, inhabitants of the area presented a petition to the provincial government asking that a lighthouse be built on the island. After no action was taken, a second petition for a lighthouse was made in 1855. This time, the petition resulted in some action. Wedge Island, or somewhere in the vicinity as may be deemed most advisable by the board of works, made the list of four lighthouses for which the sum of 1,000 pounds was granted in 1855.

The lighthouse on Wedge Island wasnt built for some reason. The residents of the district of St. Marys sent another petition in 1860, but construction of a lighthouse would have to wait until after Confederation.

Finally, in 1878, tenders were invited for the construction of a lighthouse on Wedge Island and Three Top Island, both in Guysborough County. Thomas ONeill of Salmon River submitted tenders for both lighthouses, but after they were accepted, he declined to sign a contract.

After a new contractor was found, the lighthouse was finally built in 1879. The Department of Marine announced the completion of the lighthouse in its annual report for that year:

A Lighthouse was also erected during the past season on Wedge Island, between St. Mary River and Jegogan Harbor, Guysboro County, and was put in operation on the 1st December last. The building is of wood, and consists of a square tower, 44 feet high, with keepers dwelling attached, and showing a revolving red catoptric light for a space of one minute in every three minutes. The light is elevated 71 feet above high-water mark, and in clear weather should be seen 12 miles from all points of approach. The contract for this Lighthouse was awarded to Mr. Thomas Seeles of Riverside, Guysboro, for $1,683, and the sum of $1,700.92 was expended on the work and apparatus during the past fiscal year.

Edward Burns was appointed the first keeper of Wedge Island Lighthouse at an annual salary of $400. In 1891, Keeper Burns was given a Pilleys hand-operated fog trumpet that he was to sound in response to signals from vessels in the vicinity. Keeper Burns dies in 1892, and his son William was made keeper of the light in his stead.

Pictures that show Wedge Island in profile leave little doubt as to how the island got its name. It really does resemble a wedge. Early photographs also show that the clay island was slowly losing a battle with erosion.

In 1897, a cribwork protection wall, one hundred and fifty feet long, ten feet wide, and six feet tall, was built east of the boathouse to prevent the sea from eroding the islands clay bank. Works McLellan supervised the local labour that bolted the wooden cribs together and ballasted them with stones. A decade later, 300 feet of cribwork was built along the eastern side of the island at a cost of $1,166. A new boathouse was built for the station in 1907, and the following year, 150 feet of cribwork were placed on the southwest side of the island to protect the lighthouse.

A new lighthouse was built atop Wedge Island in 1927, following a standard design of the era that featured a square, two-storey dwelling whose pyramidal roof was topped by a lantern room. Similar lighthouses were built in Nova Scotia that same year on Country Island, Green Island, Guyon Island, Three Top Island, and Medway Head. The only one of these six that survives to this day is the one at Medway Head, the only one built on the mainland.

According to Light Lists, Wedge Island Lighthouse remained staffed, with the keeper operating a hand foghorn when needed, until 1945. After this, the light was listed as unwatched. The wooden lighthouse remained active until at least 1959. Today, a lighted buoy is anchored off the island, but there is no light on the island itself.

For a larger map of Wedge Island Lighthouse, click the lighthouse in the above map.