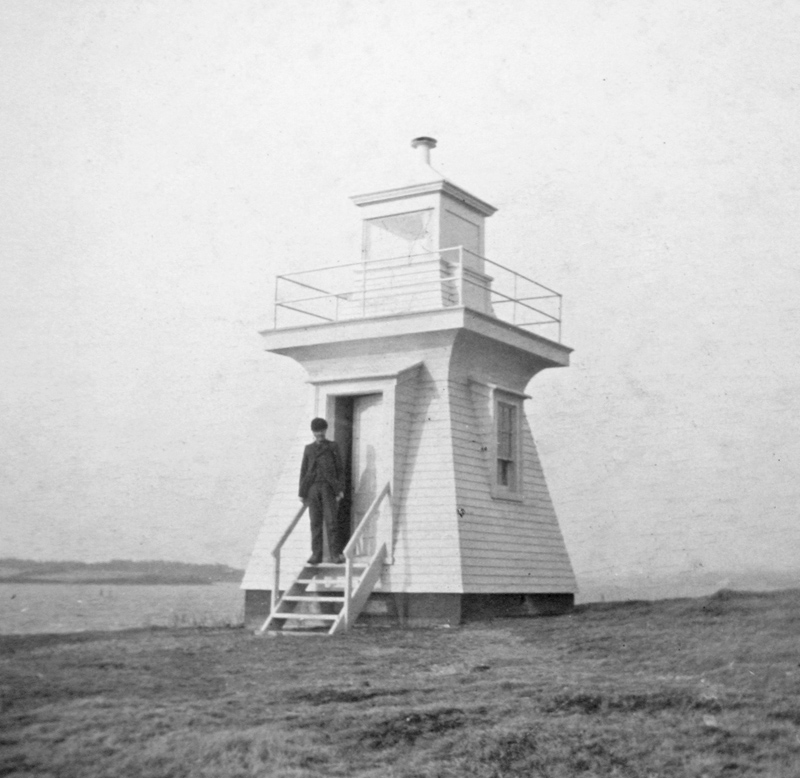 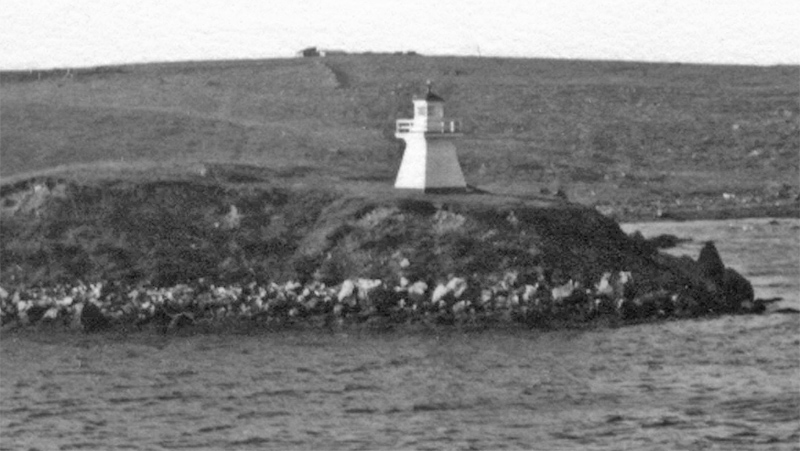 Yarmouth Harbour is an important harbour on the southwest shore of Nova Scotia. A lighthouse was established on Cape Forchu in 1839 to help mariners find then entrance to the harbour, but additional aids were later added to guide vessels between the harbour entrance and the wharves at Yarmouth.

Bunker Island, which is now connected to the mainland by a causeway, is situated near the middle of Yarmouth Harbour. In 1874, a lighthouse was activated off the southwest tip of Bunker Island to guide mariners around the shoal that extends from that part of the island. In 1907, the Department of Marine announced that another lighthouse was being activated to mark Battery Point, the northwest point of Bunker Island:

A lighthouse erected on the northwest extremity of Bunker Island was put in operation on January 15, 1907. The lighthouse stands on land 21 feet above high-water mark and about 60 feet back from the waters edge. It is an inclosed square wooden building, with sloping sides, surmounted by a square wooden lantern the whole painted white, and is 22 feet high from its base to the top of the ventilator on the lantern. The light is fixed red, dioptric of the sixth order, elevated 38 feet above high-water mark, and visible 6 miles from all points of approach by water. The work was done by days labour, under the direction of the Nova Scotia agency at a cost of $599.12.

The wooden tower remained standing through at least 1954. No light exists at this location today.

For a larger map of Bunker Island North Lighthouse, click the lighthouse in the above map.