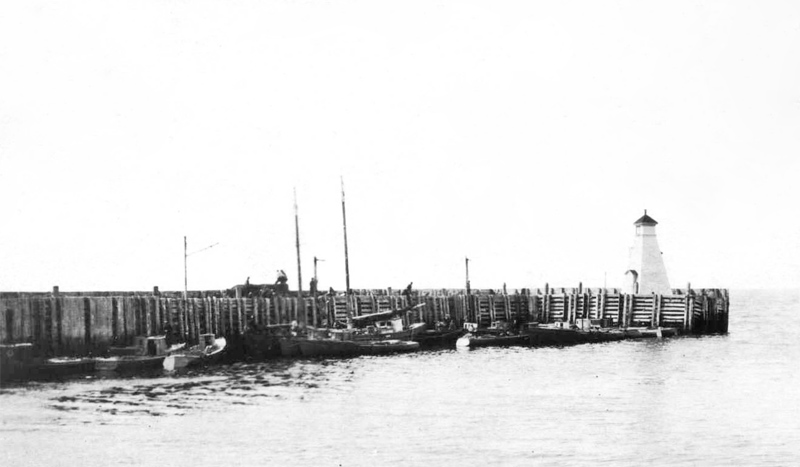 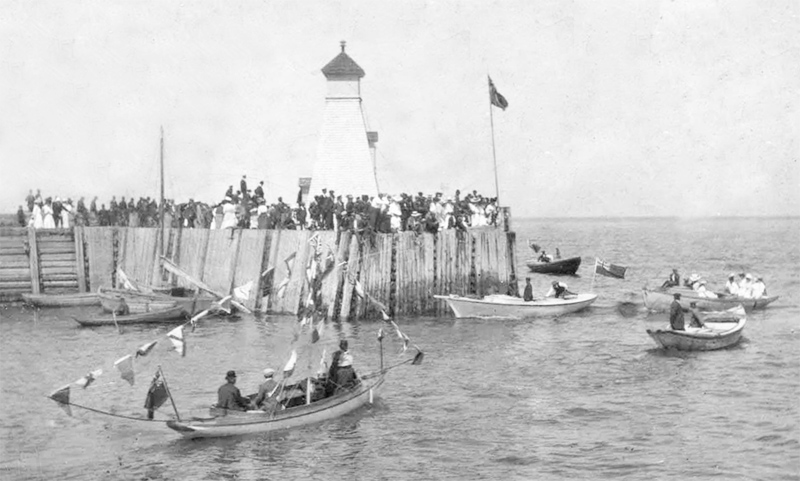 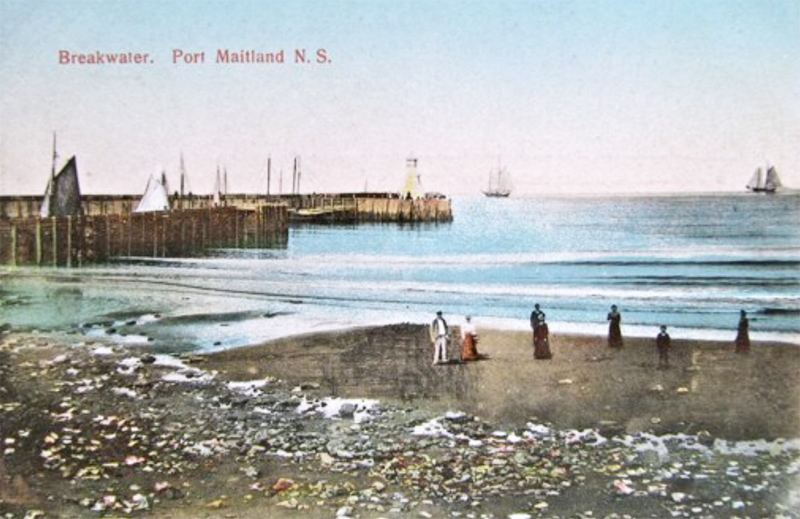 Port Maitland is a small community located on the coast just north of Yarmouth. In 1884, the Department of Marine built a small harbour light on the pier there:

A beacon light has been established on the outer end of the pier or breakwater at Maitland, on the south side of St. Marys Bay, in the County of Yarmouth, N.S., for the guidance of vessels and fishing boats seeking the harbour. The light is fixed white, shown from a dioptric lantern, hoisted on a mast 25 feet high, with a shed painted white at its base, and is visible 9 miles from all points seaward. This light was put in operation on the 15th August.

Walter Sollows was paid an annual salary of just over $50 to look after the light, and he served as keeper until 1900, when A.J. Sollows took over.

In 1897, the Department of Marine built a small wooden tower on the outer end of the breakwater to take the place of the lantern mast. Mr. Dodwell, an engineer with the Department of Public Works, supervised the construction of the tower while work was being carried out on the pier. This tower displayed a light at a height of twenty-seven feet above the surrounding water.

In 1901, the Department of Marine announced that the fixed red light at the outer end of the westerly breakwater at Port Maitland would remain lighted through the end of each year instead of being extinguished on November 15.

When the wooden tower was destroyed in 1945, a white pole was erected near the inner end of the west breakwater to display a fixed white light. In 2020, a square, skeletal tower was displaying a flashing green light to mark the harbour at Port Maitland.

For a larger map of Port Maitland Lighthouse, click the lighthouse in the above map.

A modern light marks the harbour at Port Maitland today.