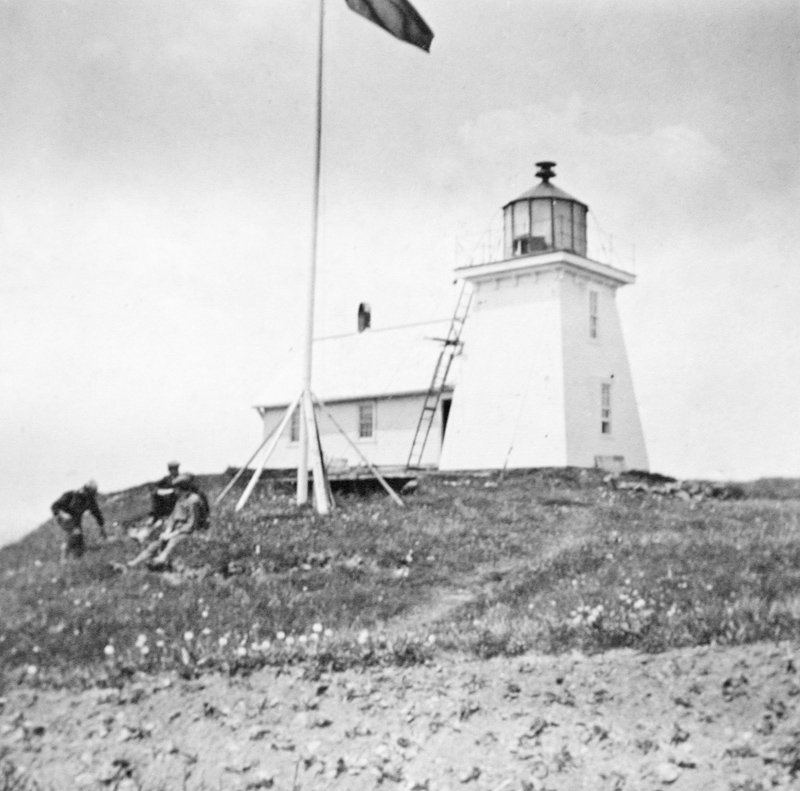 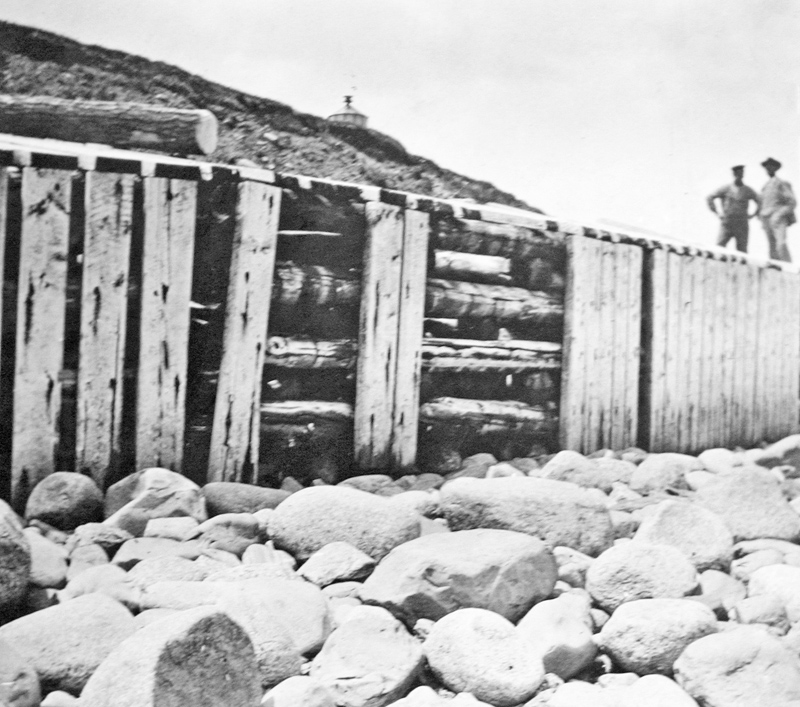 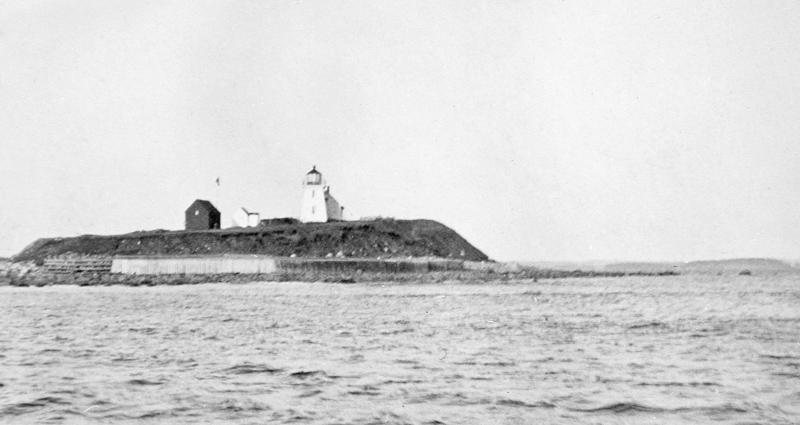 Mahone Harbour, situated on the west side of Mahone Bay, is difficult to access due to numerous off-lying dangers. The entrance to the channel leading to Mahone Harbour lies between Hobson Island, also known at times as Hobsons Nose, on the south and Haddock Shoal on the north. Haddock Shoal is the southern end of the shoal ground that extends from Refuse Island and Mason Island.

Hobson Island was formerly a grass-covered, earthy mound that rose to a height of ten metres above the water. The mound, which must have resembled a nose, was situated on a gravelly spit that would grow to a length of 550 metres or so at low tide. The sea has carried away all of the earthy mound, leaving behind a rocky islet that is mostly covered at high tide.

The Department of Marine announced the completion of a lighthouse on Hobson Island in its annual report for 1872:

A minor light was recently established at Hobsons Nose, Mahone Bay, County of Lunenburg. The tower is a square building, painted white, and the light is a fixed red catoptric. It has four mammoth flat-wick burner lamps with 18-inch reflectors, and will be seen at a distance of about 11 miles. It was first exhibited on the 12th September, 1872, and Mr. Abraham Zinck was appointed keeper at a salary of $250 per annum.

Messrs. Hopps and Brown built the lighthouse for $600, and E. Chanteloup supplied the lighting apparatus for $201. As built, the lighthouse proved to be too small for the keeper, and another $600 was expended to erect a dwelling on the island in 1873.

The following report filed in 1874 provides additional information on the lighthouse and dwelling:

The lantern is of wood, 8 feet in diameter, with eight sides 6 feet high, glazed with plate glass 33 x 27 inches, of which one spare pane is on hand. Has an iron floor, and zinc round the wood work. The light, which has one side dark toward the land, is shown by means of seven lamps, four being large flat-wick lamps with 16-inch reflectors, and three A lamps with 12-inch reflectors. 520 gallons of oil were consumed in the year ended 30th September, and the station was inspected and 591 gallons oil delivered on 29th April. Two iron tanks are on hand.

The light-house is a separate building from the keepers dwelling, but is connected with it by means of a covered way. They are in good order, having been painted in June last. The oil is placed in the lower part of the tower, as is the case at several other stations. I do not think this is a safe mode. In this and similar cases a preferable way would be to have an oil-store built at some little distance from the light-house. This station also requires more tanks; a boat 14 feet long is supplied by the Government.

In 1884, Keeper Abraham Zinck was paid $285 to built a breakwater between the landing slip and the embankment on the island. In 1890, a crib breastwork was constructed along the embankment on the north side of the island and thoroughly ballasted with stone. This protective wall ran east from the boathouse for fifty feet and west form the boathouse for seventy-five feet and had a height of six feet and a width of eight feet. A 150-foot-long, cribwork breakwater was built on the northern side of the island in 1894.

In 1897, a fifth-order lens was installed in the lantern room in place of the catoptric light.

Repairs to the cribwork protection were made in 1917 at a cost of $2,718.98, but the days of a resident keeper on the island were soon to come to an end. Members of the Zinck family looked after the light until 1900, when John D. Smeltzer took charge of the light. Nathan Mosher replaced Smeltzer in 1912 and served until the light was automated in 1921. An AGA light and 4th order lens were placed in the lantern room, converting the fixed red light to an occulting red acetylene gas light.

For a larger map of Hobson Island Lighthouse, click the lighthouse in the above map.