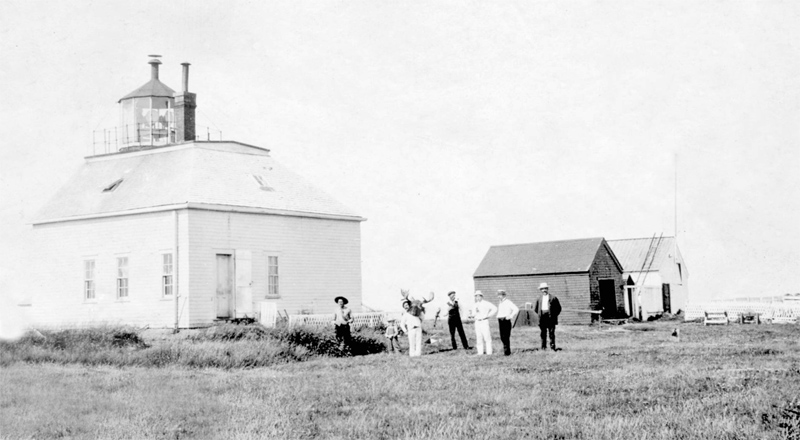 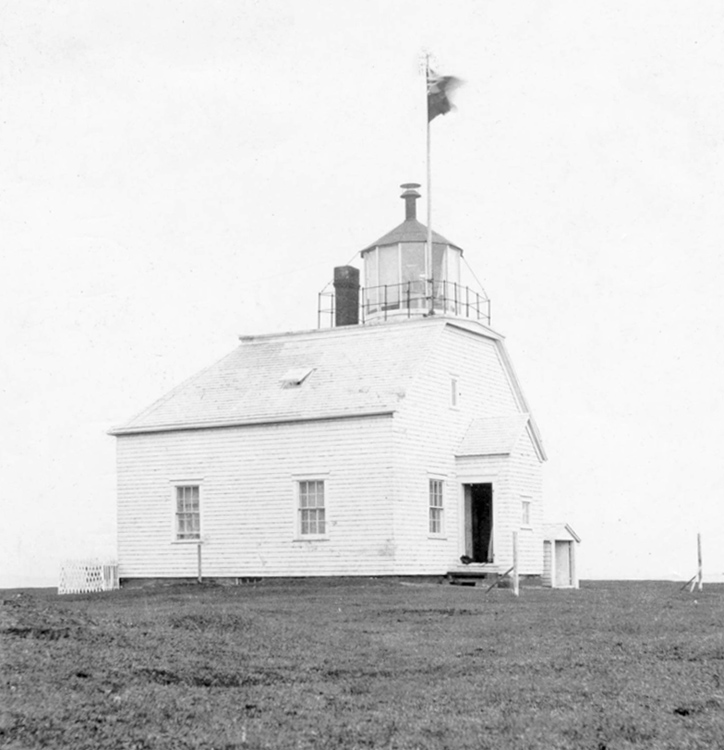 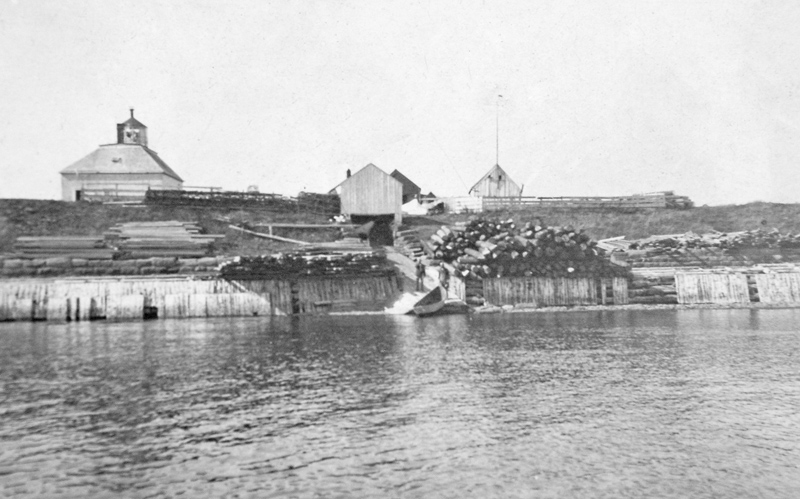 In 1866, two new lighthouses were built in Nova Scotia at a cost of $5,280: one on Amet Island and the other on East Ironbound Island. Thomas P. Jost, Superintendent of Lighthouse for Nova Scotia, noted the following on Amet Island:

This Island, on which the lighthouse was built the present year, is very small, containing not over one and a half acres. It is composed of clay, and is decreasing every year, from the action of the frost. The sides of the island being nearly perpendicular, a foot or two of the bank falls off in the spring, and is washed away by the tide, which rises to the base of the bluff. I would therefore recommend that a wall or breastwork be built round the Island, to preserve it from further falling away; otherwise in a few years more there will be nothing left but a dangerous reef of rocks.

Scant information is found in government records on the lighthouse itself, but the problem with the islands eroding banks received plenty of coverage. Photographs show that the lighthouse consisted of a rectangular, one-and-a-half-storey dwelling with a twelve-sided iron lantern room perched atop one end of the flat portion of its roof. One large circular lamp, set in an eighteen-inch reflector, was used in the lantern room, along with seven A lamps with twelve-inch reflectors, to produce a fixed white light. Henry G. Bennett was hired as the lights first keeper, and he built a barn on the island for his own convenience. In 1868, parliament allocated funds to build a stone wall around Amet Island, and a $7,950 contract for its construction was awarded to Messrs. D. and A. Campbell, who submitted the lowest tender. The project took six months and resulted in the island being ringed with stone wall that extended six feet above the high-water mark. A powerful hurricane on August 24, 1873, churned up the waters around Amet Island, and the resulting waves swept from one to three courses of stone away. This hurricane destroyed 900 buildings and 1,200 boats in Nova Scotia, and killed at least 223, the majority of whom were sailors lost at sea.

Messrs. Campbell were brought back to repair the wall at a cost of $4,642 in 1876. The entire 1,388-foot-long wall was laid in cement after 792 cubic yards of new stone had been added. Masons were sent to the island in 1884 to repair portions of the stone wall which had been undermined and collapsed in places. After the wall was repaired, the whole front of the wall was surrounded with wooden cribwork that was properly secured and ballasted. Extensive repairs to the protective wall were made in 1906 at a cost of $2,392, but the following year 100 feet of cribwork and 50 feet of the stone wall had to be replaced after a storm carried them away.

The Department of Marine must have grown tired of the recurring expense of protecting the island as a new AGA light system was installed in the lighthouse in 1922, eliminating the need for a resident keeper. Roy Johnson was the last in a string of six keepers that lived on the island over a period of fifty-six years. The lighthouse remained standing on the island as late as 1952, as this photograph was taken that year.

Nils Gustaf Dalén of Sweden invented Agamassan, a porous substrate used to safely absorb acetylene and thus allow the transport, storage and commercial use of the otherwise unstable gas. Dalén used acetylene to produce a navigational light that employed a sun valve to automatically shut off the fuel source during the day to conserve fuel. These lights, known as AGA lights, after the AGA company which Dalén directed, were deployed throughout the world.

In 1912, Dalén was blinded by an acetylene explosion during a maximum-pressure test for gas accumulators. Later that year, he was awarded the Nobel Prize in Physics for his work on lighthouse technology. As he was too ill to attend the ceremony, Dalén had his brother accept the award. Daléns home was later used as the residence for Canadas ambassador to Sweden.

For a larger map of Amet Island Lighthouse, click the lighthouse in the above map.

The modern light is best seen from the water, but a distant view is possible from shore.