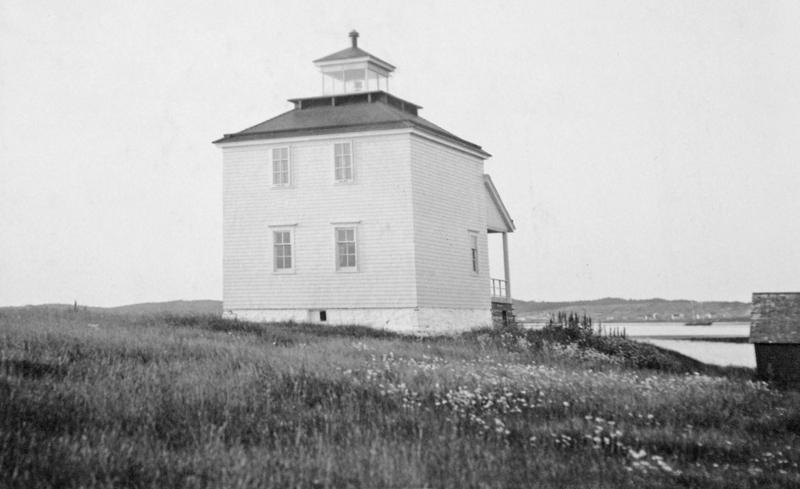 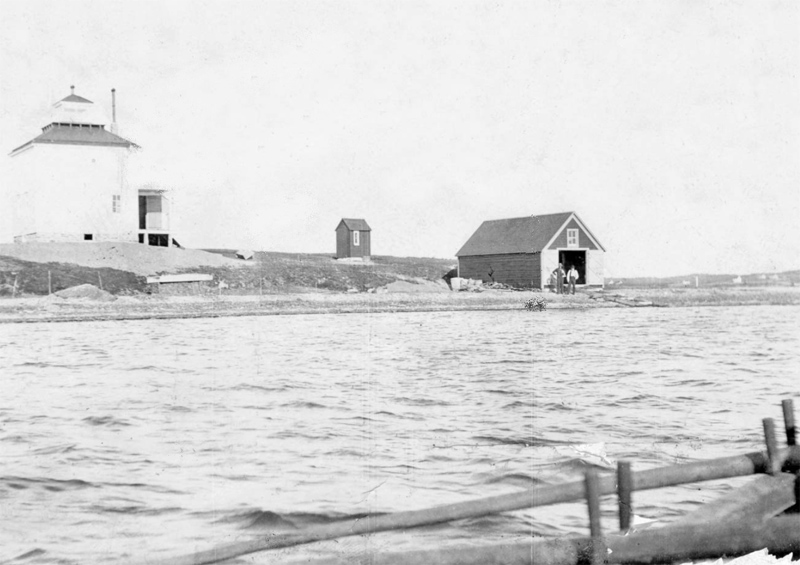 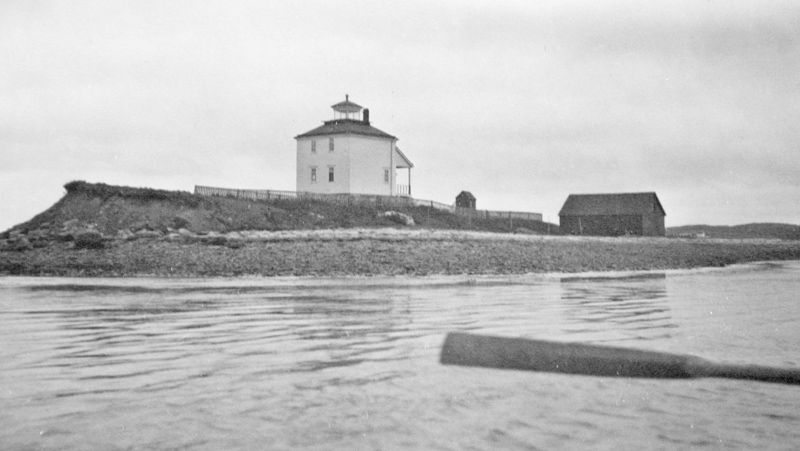 Lennox Passage runs between the northern shore of Isle Madame and Cape Breton and has a length of roughly nineteen kilometres. Small craft travelling between the Strait of Canso and St. Peters Canal, at the southern entrance to Great Bras dOr Lake, often use the passage as a shortcut and as a way to avoid the open waters of the Atlantic.

Three pole lights were established along Lennox Passage in 1884 to support the increasing number of steamers carrying passengers and mail between Port Mulgrave and Sydney through St. Peters Canal. One light was placed on Glasgow Point near the west end of the passage, one was placed on Dog Island near the center of the passage, and one was placed on Grandique Point near the east end of the passage. Each light was fixed red and shown from a small dioptric lantern hoisted on a mast to a height of twenty-five feet. The masts had a small shed at their base, and the lights could be seen about five miles.

In 1901, the Department of Marine publicized the completion of a lighthouse on Hawk Islet to help mark the eastern entrance to Lennox Passage and the entrance to Poulamon Bay:

A lighthouse was put in operation on August 6, 1901, on Hawk islet, at the entrance to Poulamon bay, as a guide into the bay and through Lennox passage. The lighthouse is a square wooden building, surmounted by a square wooden lantern rising from the middle of the cottage roof. The building and lantern are painted white. The lighthouse is 30 feet high from the base to the top of the ventilator on the lantern, and is located on the summit of the islet, on land ten feet above high-water mark. The light is a fixed white light, elevated 34 feet above high-water mark, and should be visible seven miles from all points of approach by water. The illuminating apparatus is dioptric of the seventh order. The work was done under contract by Mr. Peter McLean, of Cannes, and cost $1,109.

Thomas Boudrot was hired as the first keeper of Poulamon Lighthouse in June 1901 at an annual salary of $250. In 1902, Keeper Boudrot was given a hand-operated foghorn that he was to sound in response the fog signals of vessels whenever they were heard from the station.

Hawk Islet or Island is joined at low water to the northeastern part of the much larger Eagle Island.

For a larger map of Hawk Island (Poulamon) Lighthouse, click the lighthouse in the above map.

The modern light on Hawk Island is best viewed from the water.