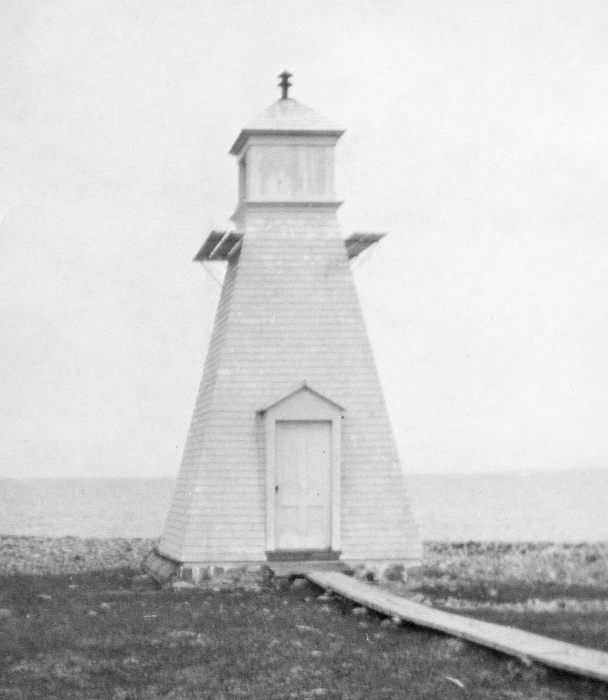 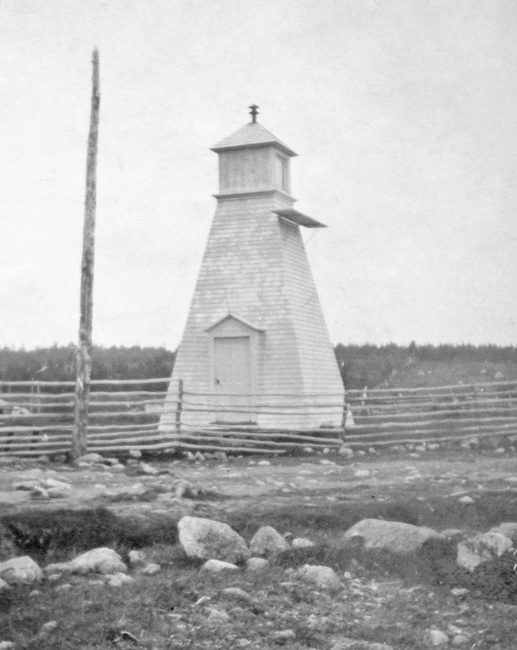 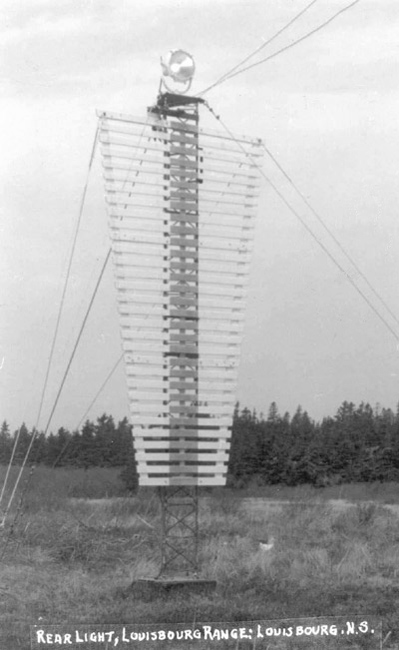 Work on a lighthouse to mark the entrance to the harbour at Louisbourg started in 1730 but was not completed until 1734. Two years after it was placed in operation, the lighthouse went dark after fire destroyed the lantern on September 11, 1736. Work on a new lantern room that would be fireproof began right way, but it wasnt completed for two years.

To better mark the harbour at Louisbourg, which was now a prosperous coal-shipping port, the Department of Marine established a pair of range lights in 1897 on the west shore of the harbour, not far from the former fortress. This change, along with others, were documented in the departments annual report for that year:

In view of the increasing importance of Louisburg Harbour, consequent upon its adoption as a coal shipping port, it was deemed advisable to improve the aids in the entrance. When the automatic whistling buoy was replaced on the opening of navigation this year, it was moored in a new position 3 miles outside Louisbourg lighthouse and about 1 ½ miles south of its former position. This change was made so that vessels approaching Louisbourg in thick weather might be enabled to pick up the whistling buoy as a point of departure for entering the harbour, clear of all outlying dangers. At the same time, a red iron conical buoy was moored in 30 feet water, on the west extremity of the shoal extending from Nag Rock to mark a sharp turn in the deepest channel, and the two red spar buoys marking the shoaler water channel off Nag Rock were made more distinctive by placing on the first or more southerly spar a cone-shaped top mark and on the more northerly spar a spherical top mark.

On the 20th October, 1897, two leading lights were to be put in operation in the harbour. The front light will be shown from a tower erected upon a low gravelly point which projects into the harbour on its west shore. The tower stands 2,950 feet S. 58° W. from the Roman Catholic church, and 33 feet back from ordinary high-water mark. The tower is a square wooden building with sloping walls, surmounted by a square wooden lantern, the whole painted white. The height of the tower, from the ground to the vane on the lantern is 28 feet. The light will be a fixed red light, elevated 26 feet above high-water mark. It should be visible 7 miles from all points of approach by water. The illuminating apparatus is dioptric, of the seventh order.

The back tower stands on the north side of the main road, 1,330 feet N. 67° W. (S. 88° 15' W. true) from the front one. The building is similar in every respect to the front one. The light will be a fixed red catoptric light, elevated 54 feet above high-water mark. It should be visible 7 miles in, and over a small arc on each side of, the line of range. The two lights in one, bearing N. 67° W., lead into the south-west arm from the Atlantic Ocean clear of all dangers. The least water on the line of range outside of Nag Rock shoal conical buoy is 45 feet. These two lights were erected, under contract, by Mr. Norman H. McNeil, of Sydney, the contract price being $393. It is thought that with all these improvements in the entrance to the harbour vessels of the deepest draught should be able to enter at any time in perfect safety.

Thomas Connington was hired as the first keeper of the range lights, and he served until 1930 when he would have been seventy-six. The 1901 census, shows that he and his wife Ann had ten children living at home that year, ranging in age from nineteen to one, and another one was born the following year.

For a larger map of Louisbourg Range Lighthouse, click the lighthouse in the above map.

The modern range lights can be seen along the waterfron between Parks Canada Visitor Centre for the Fortress of Louisbourg and the fortress itself.