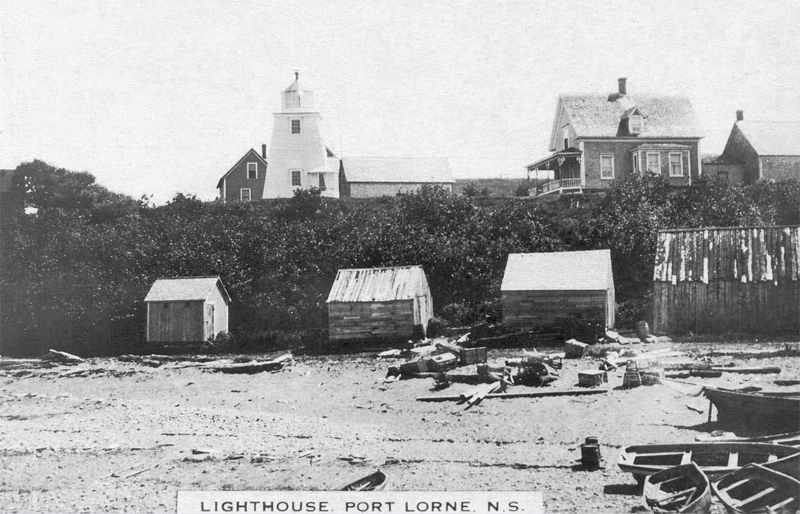 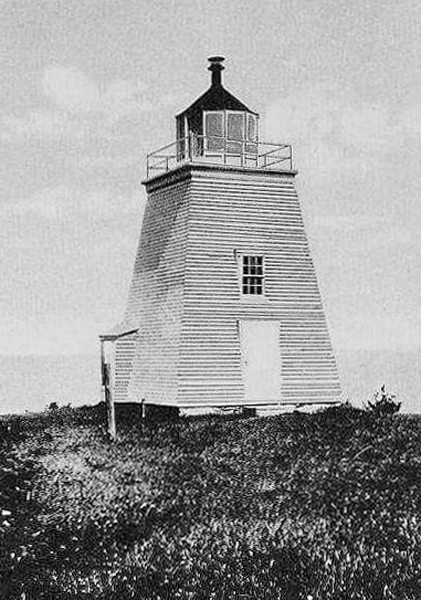 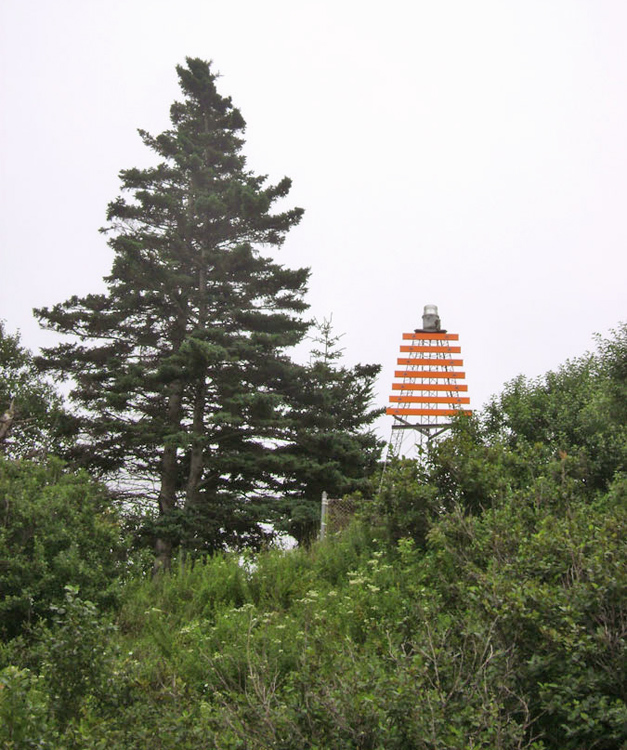 The following information included in a Report on Harbours and Rivers, Dredges, Dredging and Surveys throughout Canada in 1896 provides some history on Port Lorne:

Port Lorne, formerly Port Williams or Mashalls Cove, is situated on the Bay of Fundy coast of Annapolis County, 32 miles northeast from Digby Gut, and 6 miles northwest from Paradise Station on the Dominion Atlantic Railway. The settlement comprises a thrifty population of about 300, chiefly engaged in fishing and farming, but to a small extent also in lumbering.

A breakwater was begun at the joint expense of the inhabitants and the provincial government in 1835, and between that date and 1867, about $16,000 were spent upon it in renewals and repairs.

Between the years 1872 and 1884, the work was further extended a distance of about 167 feet by the Department of Public Works, and since that latter date it has been frequently and extensively repaired. It is built throughout of round-log, stone-filled cribwork, and is from 25 to 36 feet wide on top and 25 feet high at the outer end. Spring tides rise 32 feet, neaps 28 feet.

Port Lorne received its current name in 1879 when its name was changed from Port Williams to honour the newly appointed Governor General of Canada, the Marquis of Lorne. It took a while for the Department of Marine to adopt the name change, as its records continued to use Port Williams up until 1904, when Port Lorne was finally adopted in referring to the village lighthouse.

A petition from citizens of Port Williams for a lighthouse was noted in 1858 by the Committee on Navigation Securities. While the committee admitted that Port Williams was a growing place, and, being located roughly midway between Black Rock and Annapolis, was a potential site for a coast light, it did not feel that the case had been made for a coast light in that vicinity. Instead, the committee recommended that lantern lights be established at the end of the wharves at Port Williams and Maragaretsville as these places of refuge along that bleak coast could only be approached at high tide.

In 1858, William Condon, the Superintendent of Lighthouses for Nova Scotia, visited Port Williams and Margaretsville to make arrangements for establishing the lantern lights but found that this type of light was universally dissatisfactory to those interested in the navigation of the Bay. As individuals offered to provide land free of cost for lighthouses at both Port Williams and Margaretsville, the government funded the construction of land-based lighthouses for the two ports in 1859. The lighthouses each cost £120 and were placed in operation in October 1859.

Hadley Starrett provided the land for the lighthouse at Port Williams, a Mr. Hoyt built the wooden tower, and James Dunn was hired as the lights first keeper.

In 1864, the following changes were made to the lighthouse at Port Williams to address the defects Captain Shortland had highlighted:

This light, which has always been in an unsatisfactory condition, from the construction of the light-window in the side of the building having only a small focal range, has been altered, a new lantern placed on the top of the Light House, and a bow-window below, to show two distinct lights, one above the other. I have several reports from masters of vessels, that the alteration gives great satisfaction.

The upper light, atop the lighthouse, was now shown from a twelve-sided, iron lantern that had a diametre of eight feet, while the lower light was shown from a three-sided, bow window, located twenty feet below the lantern room. Four lamps, set in twelve-inch reflectors, were used in the lantern room, while two lamps and reflectors were used to produce the lower light. Both lights were white.

In 1874, it was noted that Keeper James Dunn lived in his own house, about 100 yards from the lighthouse. When Dunn took charge of the lighthouse in 1859, he was just eighteen. He would serve as keeper for forty-five years, which must be one of the longest tenures for a lighthouse keeper in Nova Scotia.

George D. Corbett took charge of Port Lorne Lighthouse in 1904, and he was followed by C.B. Beardsley in 1912.

On August 15, 1910, a fifth-order lens was installed in the lantern room atop the lighthouse in place of the catoptric lighting apparatus, and the lower light was discontinued.

A light on a skeletal tower eventually replaced the wooden lighthouse. The modern light at Port Lorne was discontinued in 2016.

For a larger map of Port Lorne Lighthouse, click the lighthouse in the above map.

No light exists at this location now.