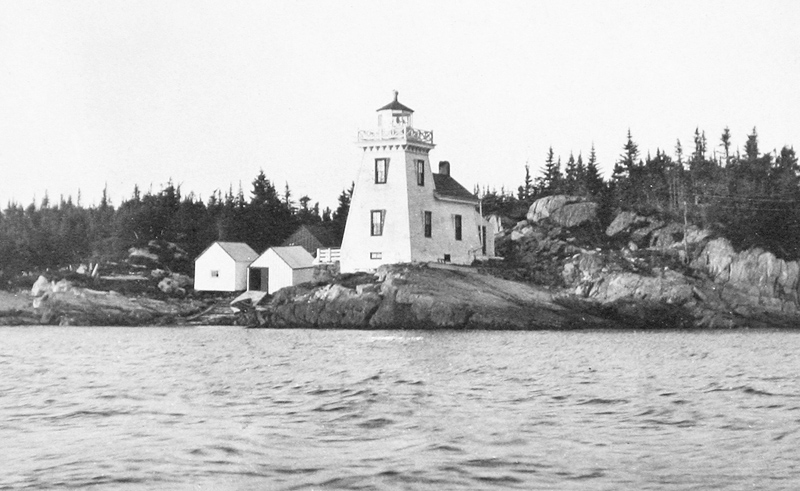 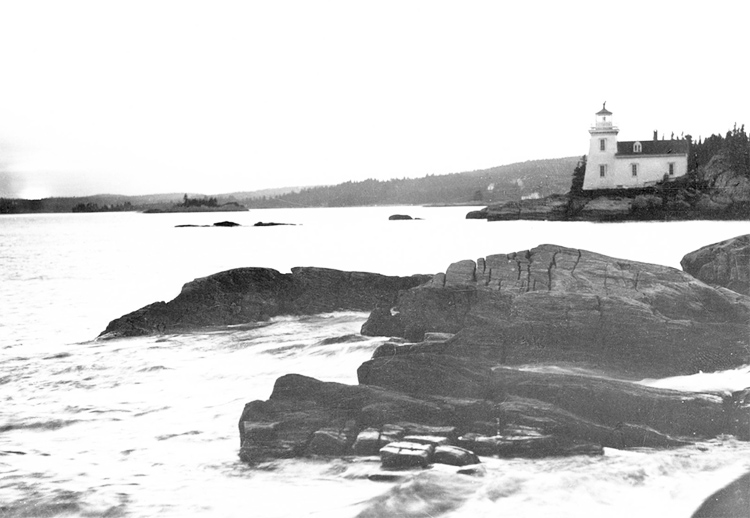 Popes Harbour is located along the southeast coast of Nova Scotia, east of Halifax. The entrance to Popes Harbour lies between Popes Head, the southern extremity of Phoenix Island, and Popes Shoals, which lie about two kilometres to the southwest. The harbour offers no shelter in times of southern gales except on the north side of Harbour Island, located three-and-a-half kilometres northwest of Popes Head. The community of Popes Harbour, situated on the mainland, and the harbour itself are named in honour of an early pioneer family.

The Department of Marine invited tenders for the construction of a lighthouse in 1876 to mark Popes Harbour and published the following information on the new lighthouse the next year:

This light is a fixed red one and was put in operation on the 20th September, 1877. It is situated on the west point of Harbour Island, Popes Harbour, Halifax County. The light is elevated about 45 feet above high-water mark, and in clear weather should he seen about nine miles.

The building is a square wooden tower painted white, 37 feet high from base to vane, with a keepers dwelling attached. The lantern is of iron 7 ½ feet in diameter, having 8 sides, (2 blank) glazed with plate glass 28 x 36 inches. The lighting apparatus consists of five No. 2 Silber-burner lamps, with 17-inch reflectors. On 24th August, 378 gallons of oil were delivered.

The contract for the building and an oil shed 12 x 16 feet, with 8 feet posts, was awarded to Mr. George Rawlings for $1,948. The lantern and lighting apparatus was furnished by Mr. B. Chanteloup, of Montreal, and cost $818.67. Mr. James Bolling was appointed keeper, at a salary of $300 per annum.

He has been authorized to build a boat-slip, and to cut down some trees on a neighbouring point which intercept the view of the light.

James Bollong was thirty-eight at the time of his appointed keeper on August 6, 1877, and he served until 1911, when he would have been in his early seventies. James and his wife Elizabeth raised six children on the island. J. Abriel replaced Bollong as keeper, and he too had a lengthy career on the island, serving until at least 1937.

Various work and repairs were carried out at the station over the years:

In 1914, a fourth-order lens was placed in the lantern room.

Popes Harbour Lighthouse remained standing through at least 1960. A flashing red light is displayed from a skeletal tower on the west point of Harbour Island today.

For a larger map of Popes Harbour Lighthouse, click the lighthouse in the above map.

The modern tower is best seen from the water.