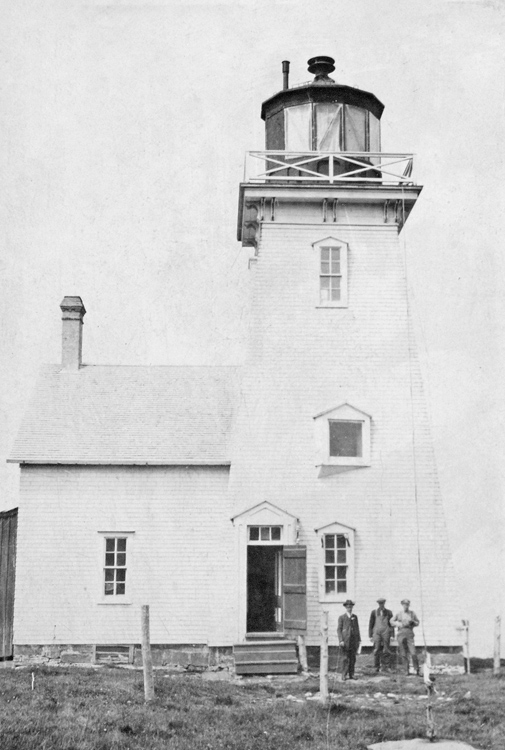 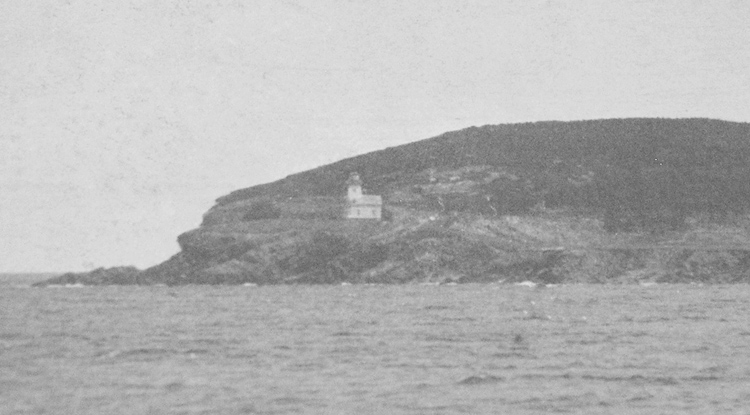 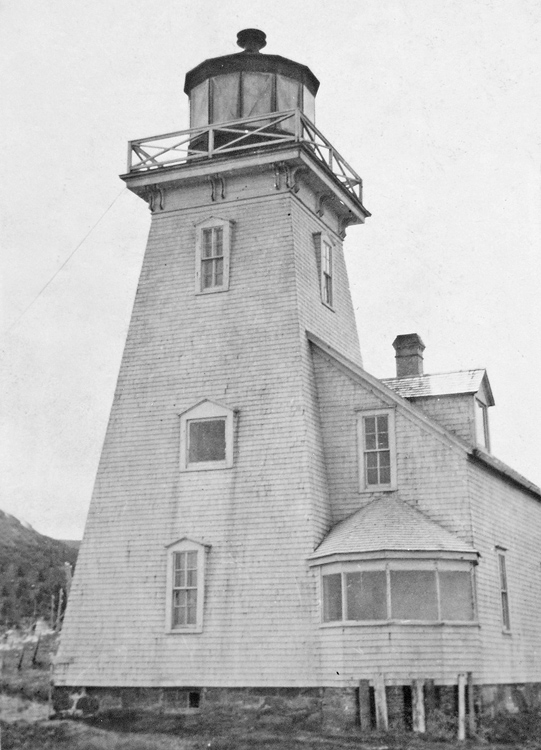 Cape North is the northernmost location on Cape Breton Island and defines the southern side of Cabot Strait, the widest of three outlets from the Gulf of St. Lawrence to the Atlantic Ocean. In 1856, a submarine telegraph cable was laid across Cabot Strait, connecting Cape Ray, Newfoundland with Aspy Bay on the Cape North peninsula.

A lighthouse was completed on Cape Ray in 1871, and Cape North received its first lighthouse in 1874. Cape St. Lawrence is located sixteen kilometres west of Cape North, and the Department of Marine started work on a lighthouse to mark this important point in 1888. The department published the following description of the lighthouse in 1889:

The lighthouse erected on Cape St. Lawrence, in the County of Inverness, near the north extremity of the Island of Cape Breton, was put in operation on the first day of June last.

Two fixed white lights are shown from the tower, at a distance of 42 feet apart vertically. The upper light in the lantern is elevated 137 feet above high-water mark, and should be visible 17 miles.

The lower light is shown from a bay window on the lower floor of the tower, elevated 95 feet above high-water mark, and is visible 15 miles.

Owing to an accident which occurred last spring when landing the illuminating apparatus, the lights now shown are only of a temporary character, and will be replaced on the opening of navigation by more powerful illuminating apparatus obtained from Messrs. Chance, Brothers & Co., the celebrated English lighthouse engineers.

The main building consists of a square wooden tower, 56 feet high from the base to the vane, with keepers dwelling attached. It is painted white, and the Iron lantern which surmounts the tower is red.

Thomas ONeill was paid $3,528.20 to construct the lighthouse, and Alexander McLennan was appointed the first keeper at an annual salary of $400.

Wicked winds often buffet Cape St. Lawrence, and in December 1890 gales broke six panes of glass in the lantern room, which forced the keeper to discontinue the light until repairs could be made. A notice was published informing mariners that the light would likely not be put in operation until some weeks after the opening of navigation the following spring. Additional bars prepared my E. Chanteloup were used to strengthen the sashes in the lantern room, and two new Chance pressure lamps were also set up in place of the temporary lamps at the same time. A 55mm vapour lamp replaced the pressure lamp used in the lantern room in 1909, and it was likely at this time that the lower light was discontinued.

Charles Jamieson replaced Alexander McLennan as keeper in in 1893. Charles moved to the isolated cape with his wife Christina, whom he had just married a few months before. He would have been thirty-three at the time, while she was a decade younger. The 1901 census shows that Charles and Christina had three children, ranging in age from seven to one, but later that year, a diptheria epidemic hit the area and claimed all three of the children.

Charles and Christina must have been heartbroken, but they remained at Cape St. Lawrence and had seven more children before they relocated to a farm in Inverness in 1919. Charles died in 1930 and Christina passed away in 1932. Members of the Jamieson family lived on the farm for some time, but the property later fell into disuse.

Around 2014, Alex McKinnon and Cameron McKinnon, descendants of Charles and Christina Jamieson, hatched a plan to ensure the legacy of the Jamieson family would endure. Alex never knew Charles and Christina, but in the 1950s, through his business dealings, he met many elderly folks on Cape Breton who did know them. When the folks there realized that I was a grandson of Charles and Tinas, fond memories were revisited, Alex noted. They simply couldnt say enough about the likeable couple from Inverness.

Alex and Cameron tracked downed their cousins and convinced the surviving family members to relinquish title to the Jamieson farm so it could be sold to create a scholarship fund for a student graduating from Inverness Education Centre/Academy. Alex had struggled in school while his father was overseas during World War II, but when he returned, they visited Alexs teacher to see if he could redeem himself. The next year, Alex was named the most improved student in the school. Fittingly, the recipient of the Jamieson family scholarship will be a student who struggled in grade ten, but showed marked improvement during high school.

A new wooden lighthouse tower was built at Cape St. Lawrence in 1952 along with a new keepers dwelling. By 1977, the light was being displayed from a mast. Today, a square, skeletal tower displays a flashing white light on Cape St. Lawrence.

For a larger map of Cape St. Lawrence Lighthouse, click the lighthouse in the above map.

Cape St. Lawrence can be reached on foot from Meat Cove. If you take the loop around the cape, the length of the hike is roughly 17 kilometres.