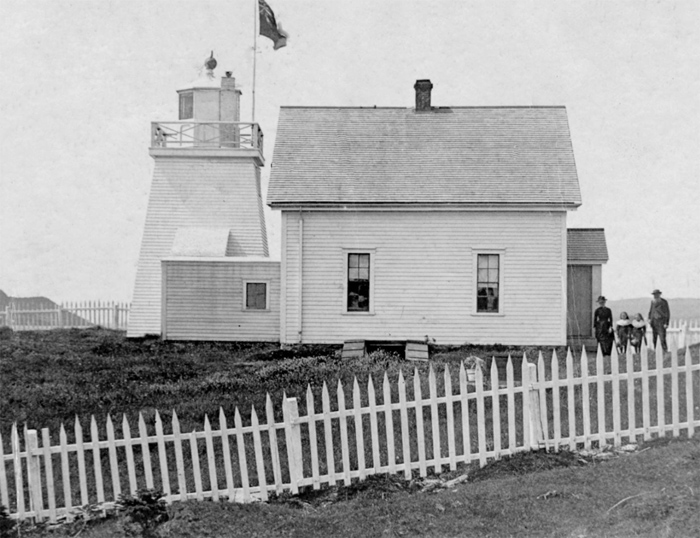 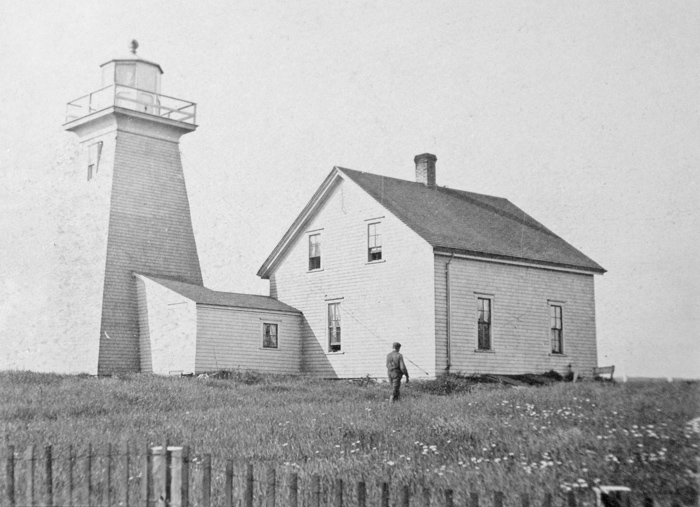 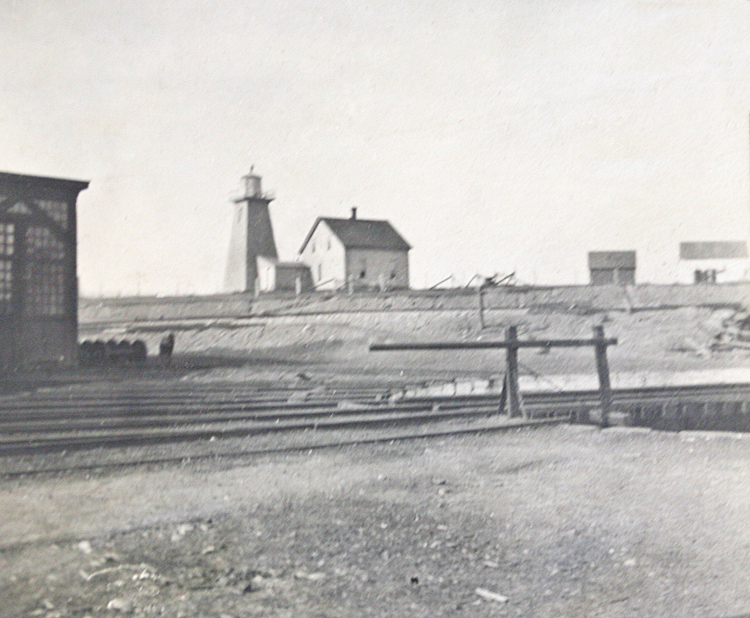 Canso Strait, also known as the Gut of Canso, separates Cape Breton Island from the Nova Scotia mainland. The narrow, roughly twenty-five-kilometre-long passage links Chedabucto Bay in the Atlantic Ocean with St. Georges Bay in Northumberland Strait, a sub-basin of the Gulf of St. Lawrence. North Canso Lighthouse was built on the west side of the northern entrance to Canso Strait in 1842, and in 1852, a beacon at Sand Point was established to mark the southern entrance.

Point Tupper is located on Cape Breton Island, roughly midway along Canso Strait, and forms Ship Harbour, which is also known as Port Hawkesbury. In 1824, Ferdinand Brock Tupper received a land grant that included at least part of Point Tupper. Tupper, a nephew of Sir Isaac Brock, the hero of the Battle of Queenston Heights fought at the beginning of the War of 1812, wanted the point named Brock Point, but lieutenant-governor Sir James Kempt issues a proclamation in 1824 assigning the name Point Tupper.

In 1869, the Department of Marine began work on a lighthouse to mark Point Tupper that would become Nova Scotias sixtieth lighthouse. The following information on the lighthouse was published in in 1870:

On the 12th of July [1869], tenders for the construction of a small Lighthouse, at Point Tupper, in the Strait of Canso, were opened, and that of Mr. A. P. McNeill, being the lowest, he was awarded the contract for the sum of $350, and a site consisting of three lots, at the end of the point, was purchased for $150. The building was completed on the 19th of October, 1869; but, on the recommendation of the superintendent, was not lighted until the 15th April, 1870. The house is a square pyramidal building, painted white, and twenty-four feet high. The light, which is a fixed red one, is exhibited from an iron lantern, three feet six inches square, glazed with plate glass on three sides, and furnished with three A lamps, and 12-inch reflectors. At the back, a small window is placed, and one lamp without a reflector, intended to light the harbor of Port Hawkesbury. The light can be seen from the northern entrance of the strait, seven miles, and from the southern, three miles.

The total cost of the lighthouse, including the land for the site, fencing, and illuminating apparatus, came to $782.60.

In 1874, it was noted that a traditional lantern room was needed atop Point Tupper Lighthouse to replace the three-sided, gable window that protruded from the west side of the top of the tower, but it was not until 1878, that this occurred. After an iron lantern room was removed from Country Harbour for being too small for that coastal light, it was placed atop Point Tupper Lighthouse.

In 1890, the Intercolonial Railway completed a line from Point Tupper to Sydney, and then placed in operation a rail ferry service to transport the rail cars between Point Tupper and Mulgrave, located roughly one mile away on the other side of Canso Strait. In 1896, Point Tupper Lighthouse was extended ten feet so the light could be seen above the railway buildings that had been built on the point. Four wire-rope guys were connected to the taller tower in order to keep it from swaying. At the same time, the keepers dwelling was reshingled, the sills and floors of the porch and kitchen were renewed, and a new roof was placed on the passageway between the dwelling and tower. After being heightened, the tower stood thirty-four feet tall and gave the light a focal plane of fifty-four feet above high-water mark.

Keeper James McDonald, the lights first keeper, served thirty-five years on the point. Duncan Gillis became the second keeper of the lighthouse in 1906, and he served until 1922, when his daughter, Mary T. Gillis took charge of the light. Daniel W. Hayes served as keeper of the light from 1925 until his death in 1953.

After the completion of Canso Causeway in 1955, Point Tupper and Mulgrave lost their ferry service. The causeway blocked the tidal movements of ice in the strait during the winter and ended up creating an ice-free harbour on its Atlantic side. In 1957, the provincial government established Industrial Estates Limited (IEL) to attract new companies to Nova Scotia. IEL built roads, highways, and rail lines on Crown land that included Point Tupper, and other areas fronting Canso Strait, to utilize the deep, ice-free harbour. One of the first companies attracted to Point Tupper was Stora, a Swedish pulp and paper manufacturer, that opened one of the largest pulp mills in eastern North America in the early 1960s. Other indsutries that have called Point Tupper home include an oil refinery, a heavy water manufacturing plant, and a gypsum plant. Point Tupper Generating Station was established on the point to supply power to the various companies.

For a larger map of Point Tupper Lighthouse, click the lighthouse in the above map.

Given the industry in the area, the modern light on Point Tupper is best seen from the water.