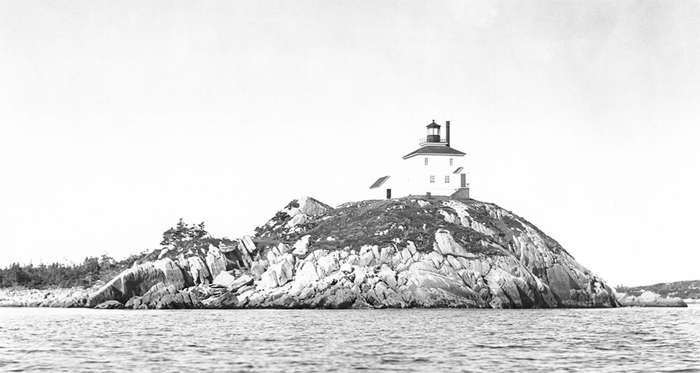 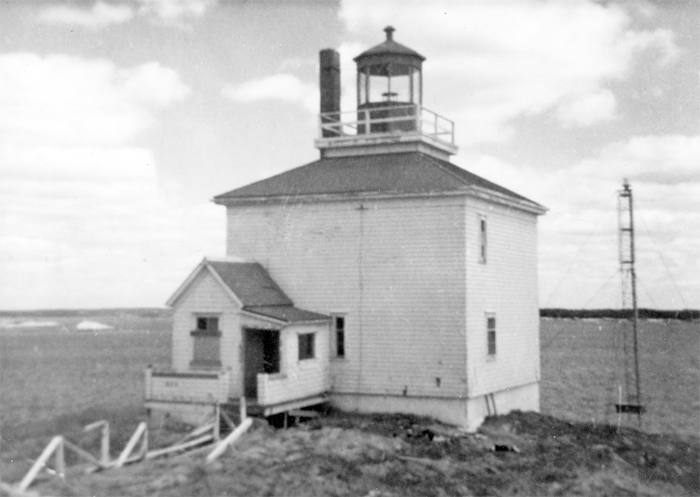 Owls Head Bay, which is the western arm of Ship Harbour, gets its name from Owls Head, a round mound with a cliff at its end, that is located on the western side of the entrance to the bay. The following Notice to Mariners was published in 1912 to announce the establishment of a lighthouse on the head:

The light will be exhibited 88 feet above high water from a square wooden dwelling, painted white, with a red, octagonal, iron lantern rising from the middle of its hip roof. The height of the building from its base to the top of the ventilator on the lantern is 38 feet.

The light will be visible 15 miles from all points of approach by water.

F.H. Stoddard of Jeddore was paid $2,650 to erect the lighthouse, while Victoria Foundry Co. of Ottawa received $626.50 for supplying the iron lantern room. The sum of $230.83 was also spent on the project for inspection fees and purchase of the site.

Sydney W. Blaxland was hired as the first keeper of the light. In 1920, the stations boathouse was relocated, and a slipway was constructed. The dwelling was repaired in 1926.

At some point between 1966 and 1970, a light atop a skeletal tower replaced the lighthouse. Today, a flashing white light is displayed from a red skeletal mast on Owls head.

For a larger map of Owls Head Lighthouse, click the lighthouse in the above map.

The modern light is best viewed from the water.