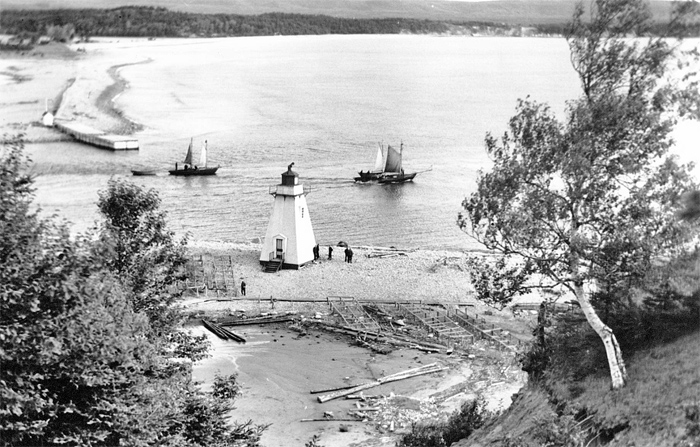 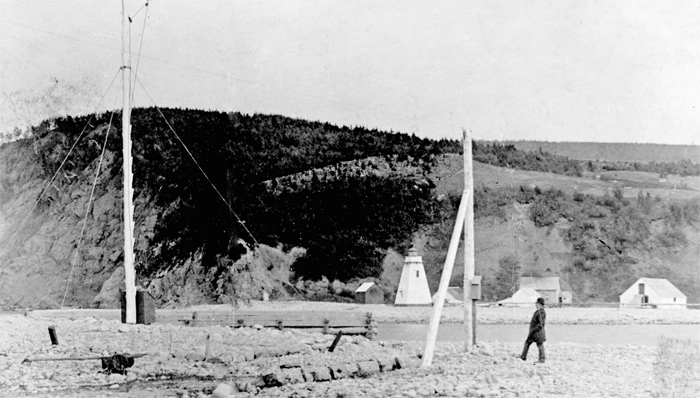 Ingonish, which is located at the eastern gateway to Cape Breton Highlands National Park, is made up of five small communities that lie along the Cabot Trail. From south to north, the communities are Ingonish Ferry, Ingonish Harbour, Ingonish Beach, Ingonish Centre, and finally Ingonish. A lighthouse was activated in 1871 on Ingonish Island, situated just offshore from Ingonish, to guide mariners along this stretch of the coast, and then in 1886, work began on a lighthouse to guide vessels into Ingonish Harbour.

The Annual Report of the Department of Marine for 1886 contains the following information on Ingonish Harbour Lighthouse:

A lighthouse has been erected on the outer end of the beach on the southern side of the entrance to Ingonish Harbour, Victoria County, Cape Breton. The work was done by Mr. F. Cunningham, of Antigonish, under contract, for the sum of $739. The light is fixed red, elevated 45 feet above high water, and should be visible 9 miles. The building is a square wooden tower, 38 feet high from the ground to vane on lantern, and is painted white. The light is intended as a guide to vessels seeking an entrance into Ingonish Harbour, and will be put into operation on the 15th March, 1887.

Thomas Donovan was hired as the first keeper of the lighthouse.

The entrance to Ingonish Harbour is located between two rocky, low-lying spits that project from opposite sides of the harbour, and Ingonish Harbour Lighthouse was placed near the northern end of the southern spit. Given its exposed location, the tower was occasionally damaged by the sea during heavy gales. In 1894, the Department of Marine noted that a storm had torn shingles from the base of the tower and knocked the oil store off its foundation. The following year, the sea entirely destroyed the oil store, forced up the lower floor in the tower, tore shingles from the lighthouse, and wrecked the stations boat. In 1898, the tower was moved 98 feet west after a storm washed away a portion of the spit.

Light Lists show that a pole light had replaced Ingonish Harbour Lighthouse in either 1954 or 1953. The abandoned lighthouse remained standing until October 1983, when a tidal or an extremely high tide swept the tower of its foundation and wrecked many wharves and boats in the harbour.

A pole light, with a shed at its base, was established on the southern end of the northern spit at the habours entrance in 1912, and a modern light remains active in that location today.

For a larger map of Ingonish Harbour Lighthouse, click the lighthouse in the above map.

The modern light is visible from Ingonish Beach or Ingonish Ferry.