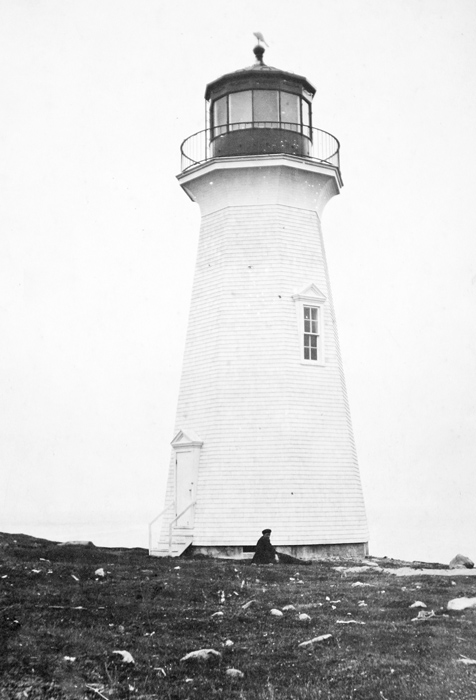 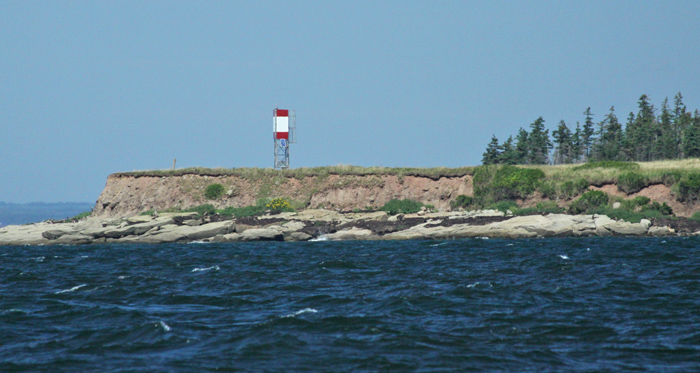 A lighthouse, established on the west end of Pictou Island, will be put in operation on the opening of navigation in 1905.

The lighthouse, which stands on the west point of the island, about 100 feet from its extremity, is an octagonal wooden building, with sloping sides, painted white, surmounted by a polygonal iron lantern, painted red. The height from its base to the ventilator on the lantern is 49 feet.

The light will be a group-revolving white light, showing 3 flashes with intervals of 15 seconds between their points of greatest brilliancy, followed by an interval of 30 seconds, the system completing a revolution in one minute. The light is elevated 61 feet above high-water mark, and should be visible 13 miles from all points of approach by water, except where hidden by trees and high land on the island to the eastward. The illuminating apparatus is catoptric.

This building was erected under contract, by Benj. D. Huntley, of Vernon River, P.E.I. His contract price was $1,470.

When placed in operation at the opening of navigation in 1905, the light was temporarily a revolving catoptric light that showed a flash every twenty seconds.

Charles D. Patterson was appointed the first keeper of the lighthouse at an annual salary of $400. The 1921 census shows that Keeper Patterson and his wife Aggie (Margaret) had eleven children at the time, ranging in age from twenty-seven to four. By the time Keeper Patterson retired in 1933, he was making over $1,000 a year. His retirement salary was fixed at $500 per year.

John A. MacDonald replaced Charles Patterson and served at the station until it was converted to automatic status on February 15, 1962. Melvin MacDonald was made caretaker of the automated light at an annual salary of $100.

In 1965, a skeletal, metal tower, with sloping sides, took the place of the octagonal wooden lighthouse. Today, a square, metal tower, with vertical sides, stands on the west point of Pictou Island, and it displays a flashing white light. A red rectangular daymark with a white horizontal band makes the tower more visible from the sea.

For a larger map of Pictou Island West Lighthouse, click the lighthouse in the above map.

Pictou Island can be reached by passenger ferry from Caribou. From the ferry landing, it is 1.4 kilometres to the light. Bicycles can be rented on the island.